Know Everything About The Characteristics of American Culture 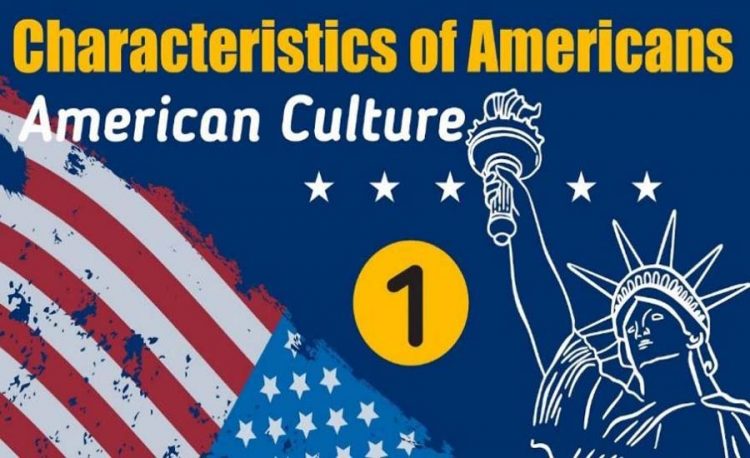 Americans have a distinctive culture and lifestyles compared with people of other nations. This lesson aims to highlight the unique values and characteristics of US culture and lifestyles that exist today. Adjusting to American culture can be hard and often frustrating for many international students. American traditions and beliefs can be somewhat different and confusing from those of your home country. Before your departure, you would probably want to get acquainted with American culture characteristics to facilitate the transition.

The tradition of the United States is profoundly rooted in the idea of democracy. America values distinguishing itself from others. One way they demonstrate this is to express their views quite directly. Although it may seem that a group of Americans is arguing and battling as they express their views, this is not always the case.

This is in contrast to many cultures where publicly discussing personal values is frowned upon. So, when you visit the United States, don’t be afraid to express yourself. People in the United States believe that this is their right as citizens.

2. Time and its value

Americans value their time. You’ve undoubtedly heard the expression “time is money,” and it’s something that Americans live by. When Americans speak about time, they are referring to an exact expectation rather than a broad estimate.

In the United States, for example, it is expected that when you meet someone at a particular time, you will arrive at that time. Arriving 10 minutes late or later without informing the person you are meeting is considered impolite.

Except for South Korea, employees in the United States put in more hours than workers in any other country, according to Inc.com. Many Americans measure achievement in terms of how many hours you put in at work, school, or on a project. While a typical work week for a full-time job is 40 hours, there is a social requirement in many industries to work more, particularly at the start of your career.

On the other hand, young millennials have only recently begun to consider the importance of a work-life balance. However, in most places, the work-your-heart-out ethic still reigns supreme. When it comes to education, the same attitude applies: work hard to get your degree, develop your resume, and get good references from your professors.

The United States is a vast nation with a long history of growth, which has influenced American attitudes toward personal space. In public, Americans place high importance on their personal room. Americans use the word “room” to refer to the distance between you and other people in this sense.

While it may be common in some countries to stand very close to one another in public places such as the subway, Americans consider this an invasion of personal space. Respect the space of others by not standing too close to them if there is enough room to stand at least a foot or two apart.

5. Personal hygiene is a term that refers to the state of one’s personal

Americans value cleanliness and a pleasant odor. You’ll find a huge variety of fragrance items in every grocery store or supermarket, including personal deodorant, laundry softener, and detergent, air fresheners, perfumes, and cologne. Deodorant is recommended because body odor is considered irritating.

Using a lot of perfumes or cologne is also not a good idea. Americans are well known for having esthetically pleasant, fresh teeth, so don’t forget to pinch your teeth after eating stupid, such as garlic, even coffee, or if you can’t brush your teeth. And, of course, take regular baths or showers!

6. How do you talk to people you don’t know?

There is no proven custom for conversing with people of various social classes or ages in American culture. Americans, regardless of their age, greet each other in a very casual manner. The majority of people address each other by their first names. It’s better to use your title when you talk to someone with a title, such as a teacher or a doctor before you know it.

For instance, “How are you Professor Smith?” Sometimes, they will tell you how they want to be treated at the meeting for the first time. It is important to note that even though the first name may appear casual, it is not a sign of disrespect and demonstrates your sense of equality in relationships.

Although many cultural differences seem to exist, the United States is a vast and diverse nation. Cultural shock is natural, but understanding these variations better prepares you for your experiences while living in the USA for your study in that foreign country.