Did Blair Underwood Just Get Engaged to Friend of 41 Years, Josie Hart? 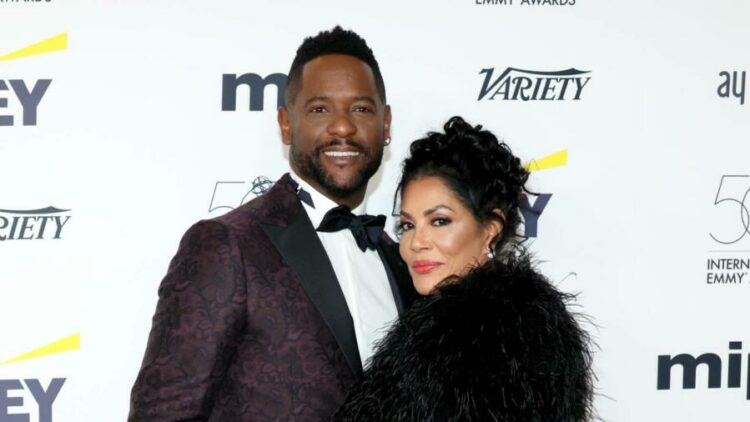 Officially, Blair Underwood is off the dating market now. Indeed, the When They See Us star is engaged. In fact, 41 years of friendship culminated into the sweetest love story. The actor shared the news of the fruitful journey on the social media platform Instagram. The name of his friend-turned-lover is Josie Hart. Not long ago, Blair posted a sweet picture of himself and his now-fiancé Josie Hart. He posted the picture on Instagram to confess their engagement in front of the fans. Indeed, they also walked their first red carpet as a couple.

Yes! They are engaged …

On Tuesday, the Really Love actor shared the inspiring news with his fans across the globe. Indeed, he posted a sweetest picture of himself and his longtime friend Josie Hart. He shared a glimpse of their journey together on Instagram. Indeed, nothing is sweeter than a 41 years of friendship culminating in a fulfilling love story. Thus, the fans are brimming with inspiration and happiness.

Blair Underwood is full of appreciation for Josie Hart

Blair Underwood is indeed very sensitive about this new journey. He sounds extremely content and grateful. In fact, he confesses that his personal highlight was walking the red carpet with Josie. Indeed, he is full of joy as he writes alongside a beautiful snap that captures their togetherness. He writes that Josie Hart is the most amazing, brilliant, and beautiful person he knows who continuously lives life out-loud. Thus, he sounds exuberant. Indeed, he also appreciates his fiancé’s sense of humour. The charm of her hilarious, thought-provoking nature has drawn Blair towards her and he openly confesses that. In fact, he also goes on to comment on Josie’s insight. He says that she is one of the most insightful persons he has come across.

The man is full of honest, sincere gratitude

Underwood radiates pure gratitude. Addressing Josie, he went on to state that their future is full of joyful, bright colours. He told the audiences that none of us ever know where God will guide our paths. Thus, he addresses the surprise that the journey of life is. Indeed, God, the archetypal scriptor, has beautiful plans for us that we know not of. Underwood openly confessed that he and Josie knew and supported each other in every situation. In fact, Josie and Underwood have always been there for each other. Thus, they emit the essence of true friendship. They shared a bond of honest friendship even before Underwood carved out his name as a prominent actor.

Indeed, Underwood can’t stop expressing his happiness and gratitude. He is joyous and exuberant. He states that when a 41 year friendship slowly and steadily blooms into romance, you gently step forward in gratitude. Thus, his inherent charm lies in how down-to-earth he is. He says to the audience that when a long journey of steady friendship grows into the thrill of romance, one must stand up, pay attention, and tread gently forward. Thus, he is kind, subtle and mature. In expressing his love for Josie, he leaves behind for us some inspiring messages to sail through the sea of life.

The estrangement of Blair Underwood and his wife Desiree DaCosta

Last year, Blair Underwood and Desiree DaCosta parted ways after sharing 27 years of marital life. The former couple shares joint custody of three children. After lots of thought, prayer and work on themselves individually and collectively, they arrived at the decision to draw their marriage to a close that came into existence 27 years ago.

Also read: Will There Be A Season 2 of Pitch Perfect: Bumper in Berlin