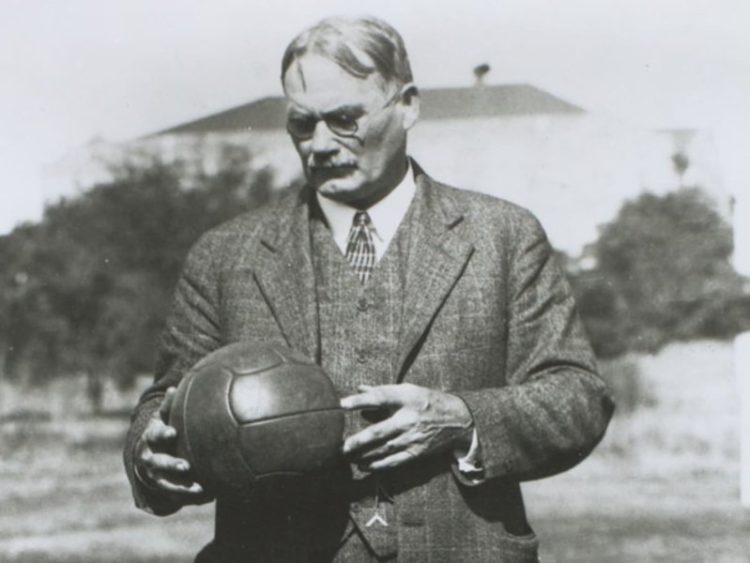 Basketball maniacs all over the globe know Dr James Naismith. Born on November 6th 1861, the sports world owes him much. Starting his career as a soccer coach and ending up inventing basketball are his noble achievements. Further, working the game rules and making it an international sport, his massive contribution to the sports world.The invention was made possible by Canadian sports coach Naismith at YMCA, Massachusetts. All across the globe, he is known as the Inventor of Basketball.

In 1936, the efforts of Dr James became a success to introduce basketball in the Olympics in Berlin. Furthermore, his legacy continues through the game, and all the basketball players respect Naismith.

Soaps, seeds, blankets and a sum of many were given to the immigrants. The name of James’ mother is Margaret, born in the year 1833. In 1852, the grandparents of James arrived in Ontario. They start their life in the new city with eleven children. However, they soon move to Ramsay Township, where James is born.

James Naismith was born in Ontario, Canada, in the year 1861. His interest in sports started to develop for him during his childhood days. In the neighbourhood, he always plays “Duck on a Rock” with friends. Later, it is a game that is an inspiration for his Dr James invention of basketball.

Furthermore, the “Duck on a Rock” combines throwing, and players stand from base stone at a distance of 15-20 feet. The use of stone and players guarding the stone is a common practice in the game. The base stone’s transformation into basketball is a noble invention by Naismith. However, as a young man, he did education at McGill University in Montreal, Quebec. After completing his education, he joined the YMCA training school In Massachusetts.

Journey to the invention of basketball

Naismith chose a career as a sports coach in 1891. He was a soccer coach in the YMCA stadium in the primary stages of his career. However, during a training session, he taught the game of basketball to the athletes. The two main objectives of this new game are to be fair to all players and provide them with enough free play.

After reviewing many sports such as soccer, rugby and football, basketball was invented.

Throwing the soccer ball in the basket is a game developed by Naismith. After a few trials, Naismith reveals that rough play is common in this game. The players leading to put a goal on the basket will be tackled. Also, he puts holes in the basket net so that the ball will drop for every goal. Gradually, he establishes 13 rules for the basketball game.

You may also like: 6 Interesting Facts About NBA (The National Basketball Association)

After working in YMCA, Naismith joins as a chaplain at the University of Kansas. During this time, the basketball game starts to gain more popularity in colleges. Naismith never wanted the spotlight for the invention of a basketball game. However, James and few other coaches wanted the game to receive more prominence.

After plenty of effort, the first basketball game at the college level took place in January 1896. On the day, Iowa University invites the Chicago students for friendly gameplay. However, the scores on the day by both teams are Iowa 12 and Chicago 15.

The biggest achievement in his life is that Naismith saw the adoption of basketball in the Olympics. In 1904, basketball was a demonstration sport. However, in 1936, it was an official part of the Olympics in Berlin. 1939 is the year the basketball championship was conducted in the national invitation tournament. However, in the 1960s, basketball received more prominence than football and baseball.

Career after basketball, net worth and death

During his YMCA days, Naismith earned a doctorate. Due to this degree, plenty of career opportunities open for him. Some of the positions he accepted are education director and chaplain at Kansas University. The highlight of his career is acceptance of basketball in the Olympics. It is the noble contribution of Naismith to the entire world. Also, he did serve in a military conflict for two years. However, his net worth for performing all these jobs is still unknown.

November 29th 1939, is the saddening year in the sports world. Unfortunately, the inventor of basketball passed away due to a heart problem. However, the legacy of Dr James Naismith continues even after his demise.

The basketball game is played across the globe concerning Naismith. Still, many basketball courts, nets and walls have his picture that is a great inspiration for the players. YMCA has the highest ceiling gymnasium stadium in remembrance of Dr Naismith.

You may also like: Carl Crawford Net Worth: Early Life, Achievement, Girlfriend