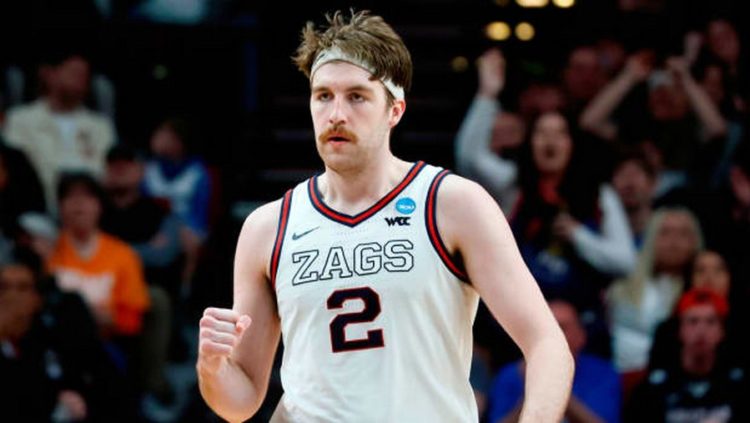 It seems like nobody can stop talking about Drew Timme’s interview, where he came wearing a Spiderman T-shirt. His fans have once again been impressed by his playful and humorous nature. He indeed “rocks the Spiderman.” In fact, the celebrity also boldly said that he just loves how the character is so innocent and similar to him in certain ways.

In addition, Timme has been his best self kicking butt so far in the NCAA Tournament as he led Gonzaga back to the Sweet 16 for the seventh time with a matchup with an upcoming 4-seed Arkansas. You can have a look at the video to understand it better https://youtu.be/CE3kdQtjYEk. So would you like to know more about it? Let us share with you some of the relevant details regarding Drew Timme.

Who is Drew Timme? Know Some Interesting Aspects About Him

Even though this star basketball player needs no separate introduction, however, we will discuss some of the essential aspects about Drew Timme. He plays an American college basketball player who plays for the Gonzaga Bulldogs of the West Coast Conference. In fact, he has already won several prestigious awards like the Karl Malone Award, the WCC Players of the Year Award, etc., within the age of 21 years. You can also check out the video of his highlights in the NCAA tournament for the year 2021

As we mentioned earlier, he is in his best form presently and has led Gonzaga back to the Sweet 16 for the seventh time. At the same time, this star player has been on fire scoring 57 points on a red hot shooting. This included many off-balance, hand-in-your-face, high-degree-of-difficulty shots similar to his childhood hero, Dirk Nowitzki.

Timme also jokingly commented that he is a follower of the “German Jesus Man.” Moreover, he is indeed a big fan of Nowitzki. What Timme loved the most in his idol was the loyalty and swagger he played with. In fact, he could identify this trait similar to him and, therefore, looked up to Nowitzki.

According to Timme, it is really hard to express your emotions during a match in sports. He further says that it is something that I try to do just to show how much I appreciate all this game has done for me, how much I love it.” Even though people might call it cocky, it is special for him as a player. So presently, Drew Timme is doing his best to appreciate the winning moment when he led the Gonzagas to their first-ever NCAA championship. It was a few years back since they have won the tournament. Therefore, there are plenty of reasons to believe that the Gonzagas can achieve victory this time.

Furthermore, Timme instills confidence within his teammates by saying that their team is highly popular due to their uniqueness. At the same time, they have a great defensive side. With players like Chet who can protect the rim, they shouldn’t have any problems securing a victory. Also, they have a fantastic guard play with Andrew Nembhard. He is one of those who can control both the offense and the pace and also get buckets when required.

Can we Expect The Gonzagas in The Top Four of Sweet 16?

Well, it is not impossible. However, Gonzaga has to lay down proper strategies to make sure they reach the Final Four. This is because the top four seeds are all still alive in the West Region; therefore, it can be challenging to defeat them. As per the news after the 2022 run is over, Timme might be headed to the NBA. However, there are also possibilities of many mock draft boards having him as a second-round pick. The skeptics are nothing new to him, and Timme won’t change his game to prove his position in the NBA.

Timme is one of those few players who have complete confidence in his capabilities. Therefore, whenever he faces criticism, he handles it tactfully without letting it affect his performance. All of his prestigious awards prove this statement of him being a versatile player. However, whether or not he goes to the NBA and displays some of his amazing shots is something that only time will tell.

You must have understood that Drew Timme is indeed one of those great players who have achieved success at a young age. However, we are yet to see his amazing performances in tournaments like NBA and others.

Also read: Chris Godwin Signs a Three-Year Deal to Stay in Tampa Bay with the Bucs