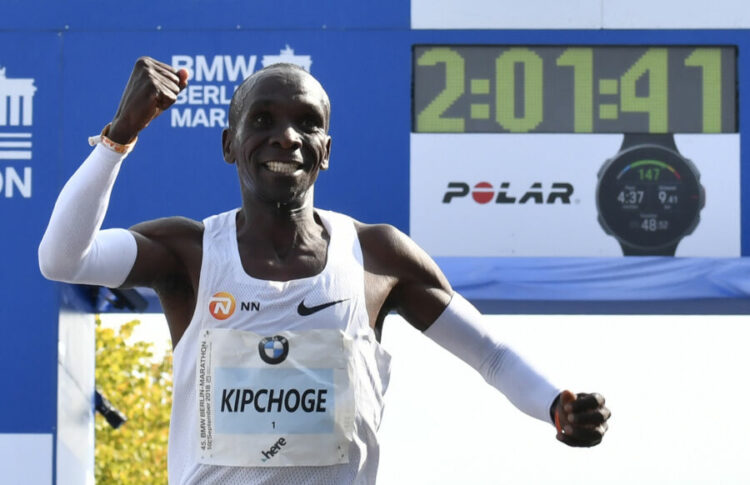 Eliud Kipchoge broke his own world record by 30 seconds at the Berlin Marathon. He is the 2016 and 2020 Olympic Marathon champion. He is widely regarded as the greatest ever marathon runner and one of the greatest sportsmen in history.

Eliud Kipchoge is a Kenyan long-distance runner who competes in the marathon. The 37-year-old Kenyan’s 2:01:09 was a major upgrade on his 2:01:39 also set in Berlin four years ago. For the first 24 kilometres, Kipchoge had the assistance of Noah Kipkemboi and Moses Koech who ran as his pacers.

“No limitations, after 38k I knew I would be capable of breaking the world record. Circumstances were great, and so was the organization of the event. I’m really happy with today and impressed by the fans and their support.”

There was a discussion about Kipchoge officially entering the record books as the first person to complete a marathon under two hours. Everyone started believing that Kipchoge will make it but it was not to be this time.

On 20 January, 2022 Eliud Kipchoge announced his desire to win all 6 Abbott World Marathons Majors (he had already won 3, the London, Berlin, and Chicago marathons, by that time).

Eliud Kipchoge trains in Kaptagat, a remote village in the south western part of Kenya. At an altitude of 2400 meters it is the go-to training base for Kenya’s fastest middle- and long-distance runners. His world record breaking run was his 15th win in 17 marathons.