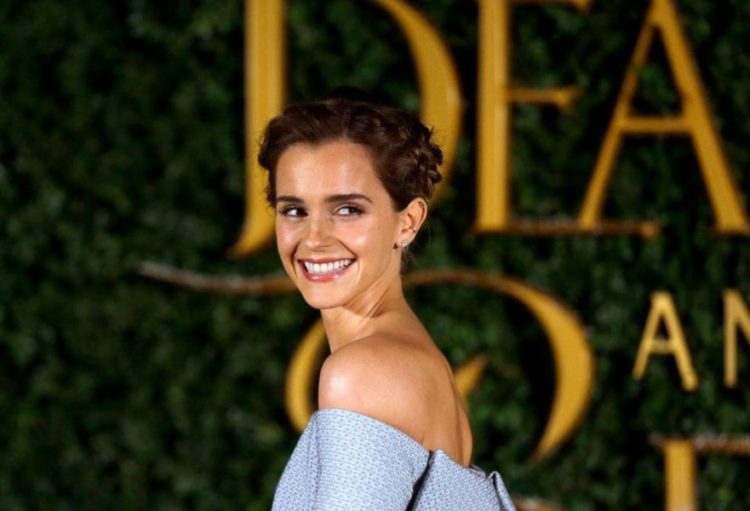 There might be a handful of people who have not fallen in love with the cute little girl who started her journey as Hermione Granger in the Harry Potter series, right? Yes, you guessed it right, we are talking about one of the most talented and gorgeous actresses in the Hollywood film industry, Emma Watson. She rose to fame and gained immense popularity after portraying one of the lead roles in the Harry Potter series.

Following her success in that series, Watson went on to star in films like “The Perks of Being a Wallflower,” “The Bling Ring,” and several others. She had starred in the “The Bling Ring” in 2013. It is based on a true story. Here Watson portrayed the real-life robber who stole from several high-profile celebrities, including the famous star Paris Hilton. To make the shooting more realistic, Hilton had allowed the cast and crew members to use her real-life home for the film as the set.

It was here that Watson got an opportunity to view Hilton’s closet. She could not believe how many clothes Hilton had. Seems quite interesting, right? Let us find out more about what happened in detail!

Since you are reading this article, it is evident that you watched the film and are therefore eager to find out what happened behind the scenes while shooting it. Let us share with you some of the exciting details that you probably did not know about.

If you have watched the film “The Bling Ring” (2013), you will know it is a satirical crime film. Sofia Coppola had written and directed it. It featured an ensemble cast led by Katie Chang, Israel Broussard, Emma Watson, Taissa Farmiga, and Claire Julien. The story is about a group of fame-obsessed teenagers who use the internet to track celebrities’ whereabouts. They did it to burgle their homes and get their valuable items.

Needless to say, the film was successful and received several praises from the critics for the cast’s performance. The principal photography was in Los Angeles, California. In fact, this film also represents the final work of cinematographer Harris Savides who later died of brain cancer while the film was in post-production. Therefore, all the cast and crew dedicated the movie to him.

Since there was a part in the film where the cast stole things from the house of popular celebrities, there was a hilarious incident that we come to know from Emma Watson. Let us find out the details.

As we already mentioned, this movie is based on a real-life incident. So in this theft, Paris Hilton was a real-life victim of the trio that broke into her home. They stole her belongings in 2008 and fled. Therefore, when the makers approached Hilton about shooting in her home, she readily agreed. In fact, she had an emotional response when she saw the film.

She also said that it had made her upset and angry. She was trying hard not to cry; however, she knew she could not stop her tears. But she was very upset because she knew it was true. However, Hilton had confidence in the Bling Ring director Sofia Coppolla that she would do the events justice. The celebrity also made sure that there were no off-limits when the crew started filming in her house. This showed that she had complete faith in the director.

Hilton added, “I trust her.” she had met her and the entire cast before, and she instantly liked them. In fact, Coppola herself also said that the reason for shooting at Paris Hilton’s house was that her house was unique. At the same time, it would also look more realistic than the set. Moreover, it was impossible to arrange everything on the set like her house.

Since Emma Watson was portraying the role of one of the robbers, she could look into Hilton’s real-life closet. It was indeed an experience that caught the young actor by complete surprise. She had never expected to see such an extensive collection, so it impressed her very much.

Emma had also mentioned that “It was almost like consumerism as a form of kleptomania.” She came to know that Hilton could never wear all those clothes, and half of them were brand new and had a price tag on them. Probably the celebrity had bought them just to increase her collection. She might have also been impulsive while shopping and did not think much.

At the same time, the “Beauty and the Beast” actor also took the time to comment on what it means to be a celebrity. “There’s a whole new definition to celebrity now. And I think that’s why you see a lot of actors blanching at being associated with that word ‘celebrity’ because it’s become something that isn’t really associated with having a craft,” she added.

However, Watson also noticed the irony in her comments when she compared Hilton’s wardrobe to hers. But she realized that it was quite easy for her to sound like a total hypocrite because she was also dressed in designer clothes at that time.

Needless to say, after Harry Potter, fans had expected Watson to do more period pieces to add to her filmography. However, she had once said in an interview that it was exactly what she did not want to do. This was because she preferred going on a different road and trying new and challenging things.

She was indeed very undogmatic at that time to try out anything. However, one thing she avoided was getting herself into a corset from which she could never come out. Even though it was very comfortable, she preferred walking through a different pathway after wrapping up the Harry Potter series.

So as we conclude, we can say that Emma Watson is a rare combination of beauty with immense wit and talent. She has always taken up projects that challenge her acting skills and help her learn new things. Therefore, even after doing Harry Potter, Watson, instead of taking up period pieces, went after different genres of films. Presently she is at the peak of her career, and she will surely achieve many milestones in the future.