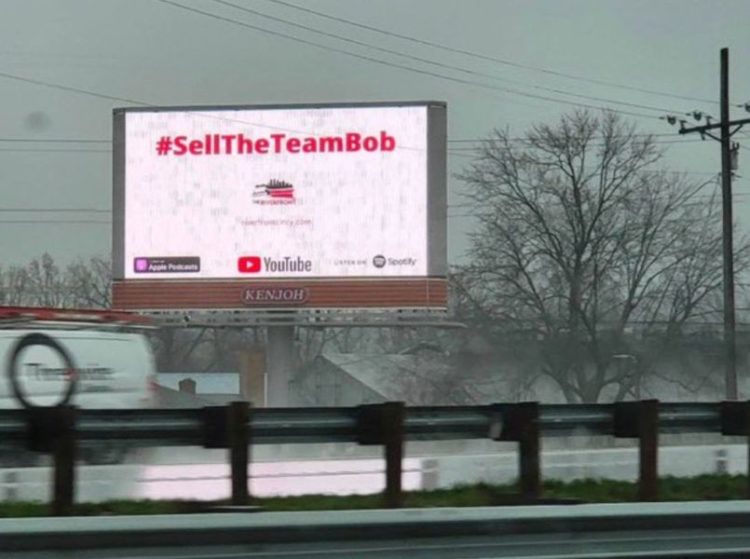 There are very few baseball fans who are not aware of the Cincinnati Reds. You must have indeed watched all their nail-biting matches, right? If your answer is Yes, you too must have been enraged after seeing their first performance in this season. It was indeed one of the worst starts in franchise history, wasn’t it?

So you as a fan must also feel quite depressed to witness such a disastrous match from your favorite team. It is officially the worst start in franchise history, and fans are in shock now. At this moment, fans have created a hashtag on Twitter #SellTheTeamBob. Here they are asking Bob Castellini to let go of the team. How has the situation come down to this? Let us share some of the significant details with you in this article.

Many of you who watch baseball matches have already come across this trend; however, for all those who have not yet heard about the matter, let us share the details with you. Cincinnati Reds are an American professional baseball team in Cincinnati.

In fact, they compete in Major League Baseball as a member club of the National League Central division. At the same time, they were also a charter member of the American Association in 1881 before joining the NL in 1890. So you can well understand that they are one of the most popular teams in baseball. Therefore, fans are disappointed when such a team performed so terribly right at the start of the season. You can check this link to see their reaction

Needless to say, their 56 run-differential is the worst in MLB. Therefore, they are currently on pace to win 24 games this year. However, this would be the worst season by any team in the modern era (since 1900). In fact, if we look at the historical records, we will find that this dishonor currently belongs to the 1916 and 1919 Philadelphia Athletics. It was them who went 36-117 twice. Therefore, the fans could not hide their disappointment anymore and started protesting.

What are The Fans Demanding?

After the terrible match with Cincinnati Reds, the fans started the hashtag. So on Sunday, some Twitter users began with the #SellTheTeamBob trend on Twitter. Yes, the fans called for Bob Castellini to let go of the team. According to them, he clearly has no intention of building the team into a contender.

Proceeds from the sale of this t-shirt will go towards putting this message on a billboard in Cincinnati. https://t.co/lbmhVDVPS0

One of them also commented that one account advertises t-shirts with the owner’s face wearing a clown nose. Meanwhile, another user said that a wasp’s sting on Sunday was “a better experience than watching the Reds.”

Since Bob Castellini has the endorsement of the franchise, fans have targeted him. According to the sources, after MLB lifted the lockout in early March, the Reds traded away LHP Amir Garrett, Eugenio Suarez, Jesse Winker, and Sonny Gray. Therefore, Castellini is indeed in an important position.

Some Other Unknown Facts About Cincinnati Reds

Many of our readers might not have heard that the Reds also let star slugger Nick Castellanos walk right into the open arms of the Philadelphia Phillies. In fact, they allowed it despite his agent, Scott Boras, calling Castellini directly about negotiating a deal to stay.

Therefore, Castellanos didn’t mince words last month. Instead, he said Cincinnati Reds ownership was using the club “as profit.” He added that their “impeccable fans were “suffocating because of ownership.” Yes, it was as if the entire thing was a business for the club.

He never failed to mention that baseball is all about ownership at the end of the day. So here, the owner either wants to invest and cares about winning or doesn’t. So by this statement, you can well figure out how he is.

At the same time, Bob Castellini’s son Phil, who is also the Reds’ president, has not made any efforts to ease the situation with his comments. So we are yet to see how he manages the situation along with his father.

So as we conclude, we can say that presently Cincinnati Reds and their entire management are in a very sensitive position. They should come up with immediate strategies that would improve their performance and restore their status. Only a good win can bring back the lost confidence of the fans.

Will Bogaerts Leave Boston Red Sox in 2023, As They Struggle for Form?

The New York Yankees: Strive for The Lost Glory