by Shivam
in Relationship
9 min read
0 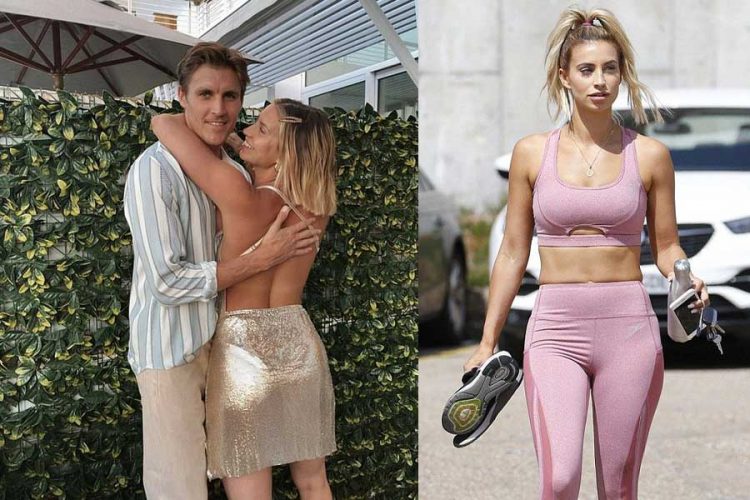 Ferne McCann the former Towie star started to date the model Jack Padgett last year and their romance is going strong. McCann is very happy in her new relationship and she has revealed lots of details about it. The couple have moved in together. The thirty-year-old star appeared in an ITV show Loose Woman to discuss her appearance in Celebrity Best Home Cook. She also talked about her new romance in the show. Brenda Edwards was eager to ask McCann about her boyfriend. After that McCann shared that she and her boyfriend are living in one roof now.

She revealed that they decided to spend the lockdown together. It was a real big deal for her to live with a man as she has become accustomed to life as a single woman. Moreover, most of the lockdown she spent her time alone but now she is living with a man. It is both strange as well as wonderful for her. Ruth Langford one of the hosts of the Loose Woman told her that Jack is a lucky man to have her as McCann is a good cook.

Ferne shared that she is the happiest woman now because of her new relationship. She also spoke that her romance is still at an early stage. So she is seeing how it will turn up. She has done a lot of self-work with herself. So now she is mentally strong to handle the new relationship. At this moment she is feeling happy and content.

She added that food is a way to her heart. Therefore, if a man wants to impress her a perfect date for her means going to a good place to eat. She also revealed how cooking is like therapy for her. The popular cook experienced hard times when her ex Arthur Collins who is also the father of her three-year-old daughter got imprisoned for an acid attack. This incident devastated her. That is why cooking helped her to manage the situation. She said that cooking calmed her and emotionally healed her. If she has a bad day she will pour some Vino and listen to jazz and start to cook.

Now as she has confirmed her relationship with Jack many of her well-wishers are happy for her. Her fans started to notice them when they posted pictures on Instagram. Many also papped them when they were cosy with each other. In the pictures, we can see Ferne leaning to get a kiss from Jack on her lips. But the pair is not ready to share more details about their relationship now. It seems as if they are taking everything slow. They both have some mutual friends like Vicky Pattison, Jamie Laing and Jess Wright.

Jack Padgett is a model and a marketing manager. He is also into fitness like Ferne and there are many snaps of him in the gym on Instagram. Eventhough the couple wants to take things slowly, Ferne has a wish to get married and have a baby. She shared that she saw a pregnant woman and it set her off. She started to have that feeling again and wants to experience pregnancy one more time. She loves that cosy feeling of a baby growing inside her.

Earlier Ferne dated city trader Albie Gibbs but their relationship became strained because it was a long-distance relationship. They split and after that Ferne spent the pandemic as a single woman. Then the rumours of her dating Jack started to spread. Later they both decided to live together.

Ferne McCann is a wonderful cook and mother. She and her boyfriend Jack are spending their time together and are enjoying every minute of it.

What are the Difference Between Dating and Relationship?

10 Best Dating Apps To Help You Meet ‘The One’