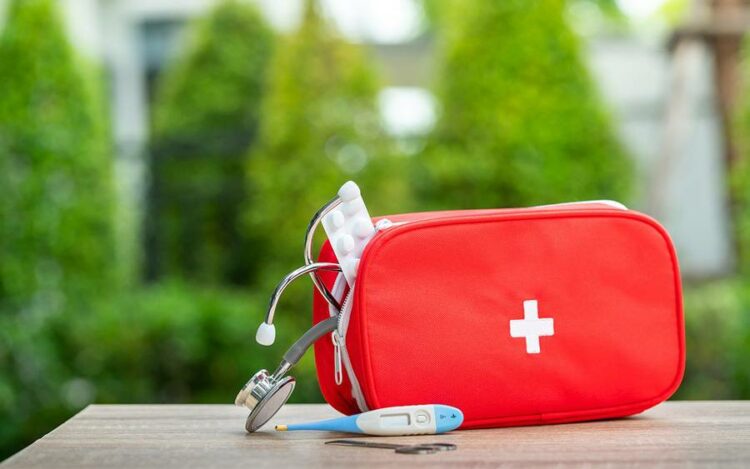 In medical emergencies, you often don’t have time to Google for first aid advice; you must react quickly. We typically remember a few bits of first aid advice when we’re in a rush. Unfortunately, there are a lot of poor first aid suggestions available. First aid procedures that were once thought to be correct have since been discovered to be incorrect. Other concepts have always been incorrect, but for some reason, they still linger in the public mind and on the internet.

What are some of the misconceptions about blood loss injuries that we must understand are incorrect?

What not to put on a wound

Injuries should be treated with substances that eradicate germs as well as preventing infection. You may have seen in action movies where they used peroxide or even a bottle of vodka for impromptu surgery, but you shouldn’t use those liquids on a serious injury. The same substance that eliminates germs can also eliminate some cells around the wound and slow down the healing process. Furthermore, they may be really painful!

Using clean water and soap may be the best way to clean wounds, according to current science. Simple solutions are often the best.

Medical professionals caution against the use of coffee grinds as an emergency first aid treatment for wounds, contrary to one theory going around. This may worsen the injury and cause infections. Using a bandage or gauze to cover the wound (or at least the cleanest piece of cloth you can find) with direct pressure is a much better strategy. The bleeding can then be controlled once it stops or slows down.

Should you use a tourniquet?

A tourniquet (“Torn-a-kay” for those unfamiliar with French) is a cord, belt, or similar object that is wound around a digit or limb to restrict blood flow. Normally, restricting blood flow is thought to be detrimental, but this procedure is used to restrict blood flow to a wound and slow down loss of blood from the body. In years past, they were avoided because they were considered potentially harmful.

According to current thinking, tourniquets save lives. This notion is based on data collected from wars and mass casualty incidents like shootings and bombings in the United States. There is evidence that using a tourniquet to impede blood flow can increase survival rates for life-threatening bleeding wounds by 600%.

Basically, the benefits of tourniquets are now thought to outweigh the harm, so go ahead and apply a tourniquet!

There is a lot that’s said out there about how to take advantage of gravity if someone is bleeding heavily. But not all of it is good. What are some of the commonly known but potentially dangerous tips?

1. Tilting your head back when you have a nosebleed

This idea seems plausible at first glance—tipping your head back prevents blood from dripping down all over you. In reality, the consequences may be catastrophic. When you tilt your head backwards, the blood doesn’t run down your shirt but down your nasal passages, causing you to choke, feel sick, and vomit. Choking, nausea, and vomiting – or all three – are potential results.

It is much better to tilt your head down and pinch your nostrils shut for ten minutes to stop the bleeding. If it doesn’t stop, you should go to the emergency room – and make sure you don’t drive there yourself, even if it means taking an ambulance. You don’t want to risk losing consciousness while driving.

Some injuries are benefited by elevating a limb and lying down, whereas others aren’t. A serious drop in blood pressure resulting from an injury is referred to as “shock.” Elevating a limb and lowering your head could be a beneficial strategy for this condition, as it is associated with a lack of blood in the brain. It is possible to boost blood flow to the brain and away from the injury by keeping your head down.

Arterial blood vessels are involved in most instances of significant blood loss, and elevating an injured limb on a chair will not assist with these. Your heart pushes blood through your arteries into your brain 24 hours a day. It may just as easily push blood into an injured limb that has been put on a chair.

3. Leaving the bandage on

How long should you keep the dressing in place after bleeding has stopped and the wound has been bandaged? It’s not rare for people to believe that wound dressings function like scabs and remain in place until the wound is thoroughly healed. However, it is crucial to change wound dressings regularly. Otherwise, you may end up with unwanted moisture and infection.

4. Know what you’re talking about

How can you know what the best way of performing first aid and treating blood loss is? It’s not easy when some of the treatment techniques we now scorn were once the gold standard.

Taking a first aid course is the best way to become acquainted with the latest best practice first aid techniques, and it needn’t be difficult or expensive.

Wouldn’t it be great to know the right thing to do in a medical emergency?