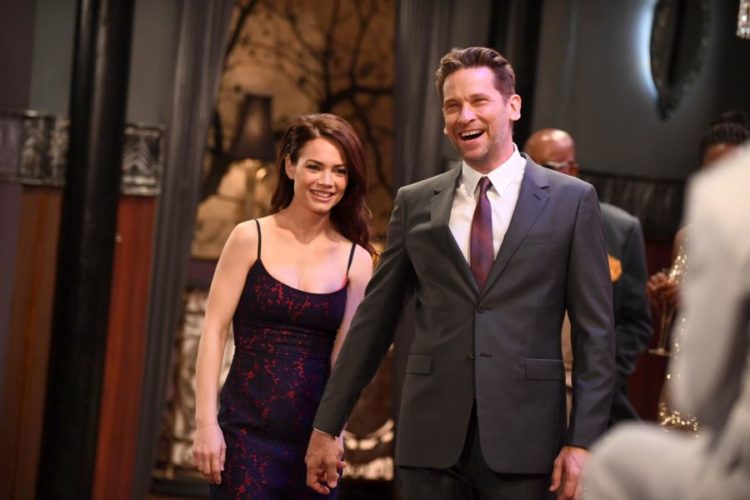 The General Hospital series has been one most desired daily soap show in America. And not just in America, people all over the world had showered their love on the soap opera. But what was about this show that made people go crazy? It was its unique theme. The entire plot was centred around the life of the workers in a General hospital in western New York. Besides, the beautiful romance of Franco Baldwin and Elizabeth Webber blooming right in front of our eyes had us silently praying for a happy ending. But apparently, the story writer had something else planned for the viewers.

We have every piece of news to feed you. Spoiler alert! You are about to read every detail of their life, their budding romance and the tragedy that befalls the couple.

But let’s first know what General Hospital is all about.

All about the General Hospital daily soap

General Hospital is listed in the Guinness Book of World Records as the longest-running American daily soap after Guiding Light. ABC television network first premiered this series on April 1, 1963. It earned ABC quite some fame as the show turned out to be the most prolonged Hollywood serial of all time. As per the record, this is the third-longest running daily soap The Archers and Coronation Street; two British daytime serials. GH has bagged quite some impressive honours. Like winning the Daytime Emmy Awards in the outstanding drama series category, 14 times.

Frank and Doris Hursley, the creators of the show, had previously set the hospital in the backdrop of an unnamed fictional city. In the later years, it was given the name Port Charles in western New York. Since the 1970s the story has revolved around the Quartermaine family and the Spencer family. In 2007 the series charted as number one in the “100 best tv shows of all time”, in the Time magazine.

Life of Franco Baldwin and Elizabeth

Who is Franco Baldwin?

James Franco was a character introduced to the series in 2009 and continued till 2021. He was a multimedia artist with the concealed identity of a serial killer. Franco is shown to have a rivalry with Jason Morgan, a hitman whom he later bullies and allegedly rapes his wife Sam. Jason is shown to kill Franco and viewers mourn the sudden demise of the rising star.

However, in 2013, a year later Roger Howarth took over the role of the ‘returned’ Franco which brought to light the names of his biological parents Scott Baldwin and Heather Webber.  Again in 2021, the viewers are left stunned when Franco was brutally murdered by Peter August (Wes Ramsey).

Who is Elizabeth Webber?

Rebecca Herbst played the character of Elizabeth Webber on General Hospital daily soap. She was the granddaughter of Steve Hardy and the daughter of Jeff Webber. Elizabeth is a rebellious teen who is beyond control and has no thoughts of good or bad. However, she breaks into an unstable, traumatized, faint-hearted girl after her rape in 1998 leaving her scarred. Her marriage with Lucky Spencer is short-lived but she mother’s his child.

Next, she has an affair with Jason Morgan, the enemy hitman of Franco, and births his child too. Lucky raises the second child, Jake, mistaking it to be his own. In the later years, Elizabeth is seen sharing a beautiful love relationship with Franco who she marries before he is shot in 2019.

Their journey of love

The fans were in absolute awe of the brewing love between Elizabeth and Franco Baldwin especially after witnessing all her failed relationships earlier. The couple was popularly named ‘Friz’ on social media platforms. Fans’ grief over the death of Franco is still evident from the Twitter posts that the show receives still today. We weren’t even expecting such contrasting personalities to cross paths, let alone win our hearts with their ardent love for one another.

And now when we were waiting for a happy ending, we were slapped on the face with Franco’s demise. It seems the show doesn’t even realize ‘Friz’s’ fan following. Franco was a serial killer who had just broken up with Nina Reeves. Elizabeth was a hospital nurse. Such contrasting characters, right? One who kills and the other who serves people. But the thing they had in common was loneliness.

They met and found a friend in one another. Elizabeth had a failed relationship with the amnesiac Jason Morgan whose hidden identity she had concealed under the name of Jake Doe.

Franco too, had to leave Nina because his idea of life wasn’t ideally marriage and having kids. Elizabeth was at first sceptical about their first date, knowing Franco’s reputation but agreed to go nevertheless. Franco, being an art therapist himself had a very endearing bond with Elizabeth’s son Jake who had a troubled past and expressed his grief through art. This softened her even more towards him.

As the story unfolds we find that Tom Baker, the person who had raped Elizabeth in the past was on the loose. She was terrified beyond control on hearing this. Franco stands by her side in time of her needs. He not only terrorizes Tom but also holds him tied in a dog cage, threatening him with dire consequences if he goes anywhere near the woman he loves. Later Tom is murdered and Franco Baldwin is the prime suspect. Together with Elizabeth’s help, he cleared his name from it.

They Had Many More Storms To Face

After several killings in Port Charles, France was put behind bars as the suspect due to his past records. Jordan Ashford, the police commissioner with the help of Franco Baldwin tries to lure the real culprit with a plan. Later Franco Baldwin takes it upon himself to find the real culprit for personal reasons. In the meantime during his prison days, he had married Elizabeth. When his brain tumour resurfaces he fears that his killing spree might return. He asks Jason Morgan to kill him in case he loses his sense of sanity.

He is killed by Peter at an art studio. Elizabeth’s grief had us in tears. She goes on a rebound with Hamilton Finn but when strange occurrences happen in her house, she suspects it to be Franco’s ghost. She tries to contact him via several rituals and we have yet to find out if all this is true.

Their love story has touched our hearts. And we hope to witness such bewitching love like this, both in reel and in real life.