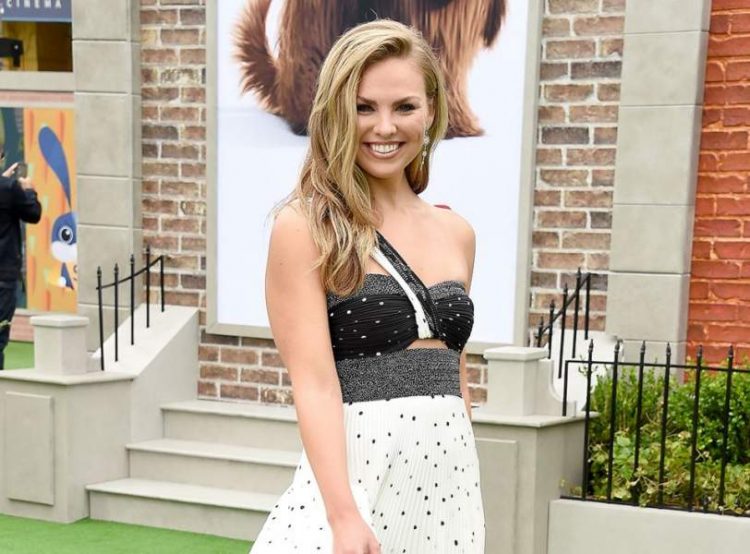 Hannah Kelsey Brown is a well-known American television personality. She received a title in the beauty pageant and became Miss Alabama USA in 2018. This beautiful woman became even more famous when she appeared as a lead in season 15 of The Bachelorette. Then she came as a participant in Dancing with the Stars season 28. On 2019 she became the winner of the show. Hannah Brown age is twenty-six. Many people like her for her charming smile and mesmerising green eyes.

Know all the details of Hannah Brown Biography here.

The birthdate of Hannah Brown is September 24, 1994, and her birthplace is Tuscaloosa, Alabama. The names of her parents are Robert Walker-Brown and Susanne Brown. She studied at Tuscaloosa County High School and then joined the University of Alabama in 2017. She received a degree in Communication and Information Sciences. In her college, she became a member of Alpha Chi Omega. Then she also had a job as an interior designer.

When Brown turned fifteen she competed in Alabama teen pageants. Then she came as the first runner up in Miss Alabama’s Outstanding Teen 2010. On 2017 she again participated in the pageant from Alabama at the Miss USA. Brown focused on the topic of mental awareness in the pageant.

On 2018 Brown got the opportunity to take part in the season 23 of The Bachelor. In the final of the season, Brown selected Jed Wyatt as her fiancé. But she broke up with him after the filming ended. On 2019 she appeared as a dancer in Dancing with the Stars. Her partner for the show was Alan Bersten. On 2013 she became the winner of The Competition Contestant of 2019 for Hannah Brown the Bachelorette.

Last year on May 16, 2020, Brown got stuck in a controversy because of using a racial slur when singing the song Rockstar by rapper DaBaby in Hannah Brown Instagram live. Many media outlets started to criticise her. At first, she denied using the slur but then she apologized for her comments and said that she will do better in the future. Then she posted another long apology and this got well-received.

In the Bachelor show, Hannah dated a few stars. But it did not come to anything. But recently she shared with her fans that she is dating again. She said that she is using a dating app. At the finale of the Bachelorette, she got engaged to Jed Wyatt but she broke up with him after knowing he already has a girlfriend. Then she met Tyler Cameron who many thought will finally become Hannah Brown boyfriend. They are in an on and off relationship now.

The net worth of Hannah Brown

Hannah Brown net worth is $1.5 million. For her part in reality TV shows, she made a lot of money. In Dancing with the Stars she received $300,000. She is one of the brightest faces in television and has a promising career. Hannah Brown is a gorgeous TV star. She is an excellent dancer and many expect to see her in more television shows soon.