All About Harry Potter, Characters, Books and Movies 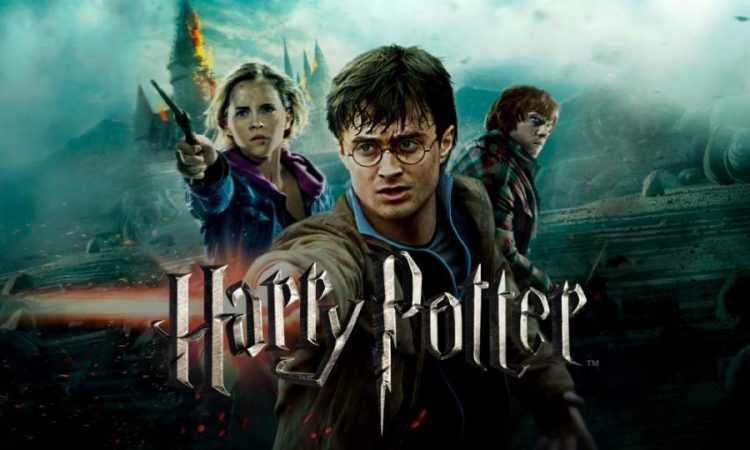 Harry Potter is one of the famous books in the world. Its movie adaptations have also become famous for their excellent depiction of the stories and characters. The author of the books is J. K. Rowling who created a boy named Harry Potter. Then she developed it into a series that captured the hearts of many people. Then J. K. Rowling sold the book rights to Warner Bros. for $1 million. The actor who portrayed the role of Harry Potter in the Harry Potter movies is Daniel Radcliffe.

He received worldwide attention because of the role. One special thing about the movie is that the cast members grew up along with the release of each movie. Till now the books and the movies have a special place in everyone’s heart. Some of the famous Harry Potter characters other than Harry are his friends, Hermione Granger and Ron Weasley.

The actors who portrayed the characters are Emma Watson and Rupert Granger respectively. They also became famous because of the movie. They are friends in real life too. Now they are doing other projects in the film industry but they always look back to their Harry Potter days. If you want to know about the Harry Potter order and its information we have gathered the details for you.

Enjoy knowing all the facts about it here.

1. Harry Potter and the philosopher’s stone

The first film introduced Harry Potter as an orphaned boy living with his uncle and aunt in Privet Drive. He is not aware that he is a wizard with a tragic past. Then the giant named Rubeus Hagrid enters. He comes to take Harry to Hogwarts, the school of Witchcraft and Wizardry. He also shares with Harry about his parent’s death by an evil wizard named Lord Voldemort. Voldemort actually tried to kill infant Harry also but the curse rebounds because of the love of Harry’s mother that saves him. Moreover, Voldemort reduces to a weak form and vanishes from the scene.

In the first year at Hogwarts, Harry meets with Ron Weasley and Hermione Granger who become his friends. They all get entangled in the mystery regarding the philosopher’s stone. Harry also meets with his headmaster Albus Dumbledore and likes him immediately but he hates Professor Snape because he is rude to him.

2. Harry Potter and the Chamber of Secrets

Harry, Ron and Hermione come back to Hogwarts for their second year. They come to know about the opening of the chamber of secrets. A monster lurks in the school that petrifies the muggle students. Harry gets trapped in the chamber of secrets and meets with the memory of Voldemort. But he destroys his dairy and saves Ginny also from the chamber.

3. Harry Potter and the Prisoner of Azkaban

In the third year, Harry and his friends meet the new teacher of Defence against the Dark Arts called Professor R. J. Lupin. At the same time, Harry learns that the convicted murderer Sirius Black has escaped the Azkaban prison. Then he also tries to learn the spell to get rid of the dementors that are very interested in Harry. Moreover, Harry gets new friends and also finds about his families past life.

4. Harry Potter and the Goblet of Fire

In the fourth year, Hogwarts becomes the host of the popular event called Triwizard Tournament. The schools from Europe come to participate in the competition. One champion from each school gets selected to take part in the deadly tasks. Someone puts the name of Harry in the Goblet of Fire so he also becomes the champion. This forces Harry to encounter Lord Voldemort who is slowly rising to power.

5. Harry Potter and the Order of the Phoenix

In the fifth year, Harry finds that the Ministry of Magic is not accepting his statement regarding the return of Lord Voldemort.  He also experiences terrific nightmares about Lord Voldemort that drains him physically and mentally. Moreover, the ministry sends Professor Umbridge to fill the post of Defence against the Dark Arts. Umbridge slowly takes power in Hogwarts and tortures all the students. The students learn the spells secretly for them to prepare for the future. Then the death eaters also become active in their service as they are waiting for their Lords return.

6. Harry Potter and the Half-Blood Prince

In the sixth year at Hogwarts, Harry feels the emergence of Lord Voldemort and his Death Eaters. They terrorise the wizarding and also the muggle world. Dumbledore asks his old friend Horace Slughorn to fill the position as the teacher. Harry also gets a book used by a former student which has easy ways to make the potions. Then Harry works with Dumbledore to destroy Lord Voldemort.

The Harry Potter Deathly Hallows book is one single book however the movie has two separate parts. The book has many events to cover so the creators decided to split it into two parts.

In the Deathly Hallows part 1, Harry and his friends are on the mission to find and destroy the Horcruxes of Lord Voldemort that keeps him alive. All the students attend Hogwarts for their last year except Harry and his friends. They come to know about the collapse of the ministry of magic and the control of death eaters in Hogwarts.

The trio experience lot of horrible experiences in their journey as they encounter death eaters, snatchers and more. Harry also learns about his connection with the Dark Lord and the importance of the Deathly Hallows.

Harry and his friends destroy a few Horcruxes of the Dark Lord. The Dark Lord finds the elder wand and also about Harry’s hunt for the Horcruxes. Therefore he and his death eaters enter Hogwarts for the final battle. In the end, Harry loses his consciousness and again comes back to fight Voldemort. He uses his wand to kill Voldemort who disintegrates from the world as all his Horcruxes have got destroyed.

Harry Potter is a story that helped many youths and adults worldwide to dream big. It also taught many about the importance of family, friendship, loyalty, kindness and the magic of love.