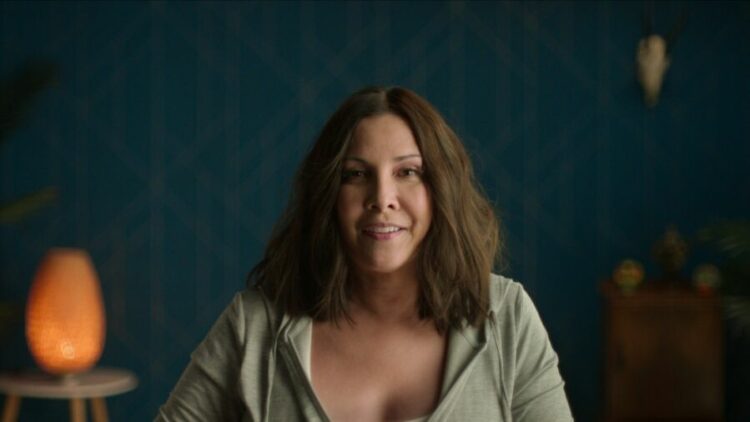 Heather Tallchief, born in 1972 is an American and one of the most controversial personalities in the USA. As per the sources, she originally belongs from Buffalo, New York. However, she became a celebrity overnight after she conducted the biggest heist in the history of Las Vegas on October 01, 1993. This was after Heather fled with $3.1 million in a Loomis armored truck.

Well, it was after this ‘perfect crime,’ Heather Tallchief became popularly known as the most wanted woman in America. However, once again she came to the limelight after Netflix released a show dedicated to her crime on July 14, 2021, known as “Heist.”

The beautiful actress Lisa Lord and Emree Franklin performed the role of Heather Tallchief amazingly. This drama-documentary series was directed by Nick Frew, Derek Doneen, and Martin Desmond Roe. So if you are curious to know more about Heather Tallchief’s life, stay with us until the end as we will share some of the interesting details of her life here with our readers.

Many of you who have watched the show, “Heist” is probably wondering what happened in reality. Well, let us share the details with you. As per the reports, the infamous personality got involved with her then-partner, Roberto Solis to rob an armored vehicle company in Las Vegas. In fact, she took a job there after her lover insisted on her.

Some Significant Details About The Robbery

So one day before the crime, Roberto made her watch many videotapes and gave instructions on what she needed to do. In fact, he even gave her details about how the robbery will take place and ordered her to memorize the map of directions. Moreover, she was asked to drive her vehicle from that designated place to a place mapped out by Roberto.

In addition, during an interview with NBC News in 2005, Tallchief told the reporter that she did not take any part in planning the heist.

As we said earlier, Heather Tallchief was probably born in 1972 in Buffalo, New York, the United States. We come to know that she was just 21 years old when she committed the heist. However, there are no accurate details regarding her date of birth. Currently, she is probably 50 years old.

Media sources reveal, her real name is Heather Catherine Tallchief. She completed her studies at Williamsville South High School. However, she has not shared many details about her parents and siblings. The only thing that we come to know is that her parents got divorced when she was very young.

Check Out Where is Heather Tallchief Presently

As you know, Heather managed to run away from the United States under the nose of the FBI and the American police after committing a perfect crime. Surprisingly, she vanished for over a decade. However, later on, she surrendered back on September 15, 2005.

Furthermore, Heather returned to the United States from Amsterdam using a false passport of a woman named, Donna Marie Eaton. As per the sources, Heather Tallchief entered the US through the Los Angeles Port of Entry. However, the police arrested her at the U.S Marshals Service in Las Vegas. It was on March 30, 2006, that Tallchief was sentenced to federal prison for 63 months.

In fact, Heather also had to pay $2.9 million in restitution to the victims. In June 2010, she came out of jail on parole but had to spend her next five years under federal supervision. However, currently, she is living with her maternal grandparents and her son, Dylan Eaton. We came to know about Heather Tallchief’s life after the Netflix series “Heist” came out on July 2021.

Who is Heather Tallchief’s Boyfriend?

Many of you are probably wondering, who is Heather Tallchief’s boyfriend or husband, right? Well, let us share the details with you. As per the reports, Tallchief is currently Roberto Solis and has a son with him.

Media sources reveal, that after fleeing from the USA, she and her partner stayed together for two months. At that time, she was pregnant and expecting their first child together. She gave birth to a son, however, her boyfriend left her and their child. He is still at large.

In fact, during her hearing, Heather also stated that she conducted such a big crime under the influence of her then-boyfriend Roberto Solis. According to the sources, he is a convicted murderer who killed a security guard. The incident happened when he was conducting a robbery in 1969.

Does Heather Tallchief Have Kids?

You must have read that Tallchief spent 17 years in prison for the crime and was released on parole in 1992. In fact, Heather also told the authorities that she only took some pocket money and some jewelry. So due to her crime, she was not able to register her son with her real name.

However, the main aim of Heather was to surrender so that she could give her son a better life. She had this son with her then-boyfriend Roberto Solis, who later left them and fled.

Some Interesting Facts About Heather Tallchief

So as we conclude, we can say that Heather Tallchief is currently one of the most-searched names on the internet after the series was released. Therefore, she has a separate fan base. Needless to say, her life was indeed pretty tough. She also has a son with whom she is living happily in a comfortable house.