How to Manage The Impact of Lithium Mining 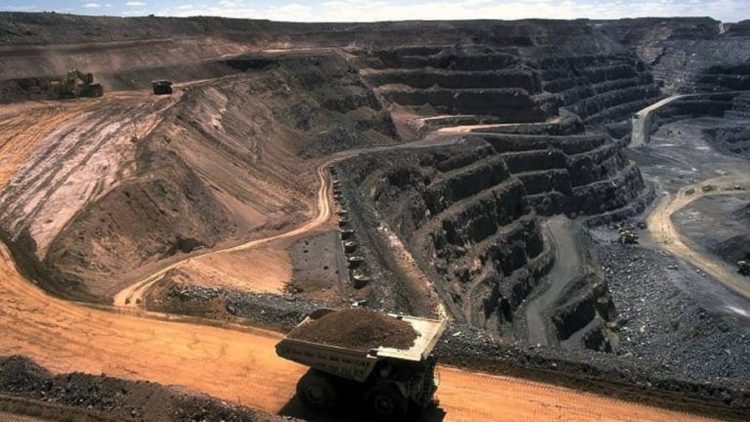 Now there is a lot of demand for Lithium. This is because lithium is used for creating batteries for electric vehicles. Today electric vehicles have become the order of the day. Also, cell phone and laptop batteries are made using lithium. That is why lithium mining has become more important.

Do you know where the lithium is mined? The place with the largest lithium reserves is Chile. But the well-known supplier of lithium is Australia. Some of the other places prominent in the market are China, Argentina, and Chile. But the process of mining lithium is often criticized by the people. It is because they believe that mining leads to droughts and other problems. But still, lithium mining is continuing to happen. The popular car companies like Volkswagen are using lithium for producing the electric cars. If you want to know more details about lithium mining then you are in the right place. Find out all the details about it here.

What are the traditional and modern types of Lithium Mining?

Lithium is a light metal found in underground clay deposits. Also, they are available in mineral ore and pockets of water found underground. Therefore two methods are used by the miners to extract the lithium deposits. One type of method is constructing a mine. Then the clay or the ore gets extracted. It will separate the metal by using a complex process.

On the other hand, the second method happens by pumping the underground water deposits and bringing them to the surface. It will lead to pools of briny liquid which are left to evaporate. Then lithium gets removed from the remaining dry salt.

The first process often consists of the process of removing thousands of dirt and rock. They are termed overburdened material. This damages the nearby land and the vegetation. Then the second process requires lots of amounts of water. The water from wells and streams is used which also serves as the drinking water source.

When lithium mining is happening through these methods, many are worried about the environment. The large equipment used in lithium mines has disrupted the peace of many towns. Also, it has damaged the vegetation of the field resulting in food shortage for the livestock.

But the advances in technology have helped to lessen the land disruptions. Also, through these new methods only less water is used. One of such new methods is called Direct lithium extraction that helps the miners to use only a few amounts of water. Further, there is another method that works with natural underground steam. In this way, it does not use outside water sources.

Then there is a third method that makes use of reusable ion-exchange beads that helps to extract the dissolved metal available below the surface.

What is the difference between lithium mines?

The lithium in Australia is extracted through ore mining. But in Chile and Argentina, lithium is available in salt deserts. It is also called Salars. From the Salars the saltwater that contains lithium is brought to the surface. Then it gets evaporated in the basins provided. After that, the saline solution gets processed in many stages. It happens till the lithium is suitable to be used in lithium batteries.

Why do many people criticize lithium mining?

There are always critical reports from environmentalists about lithium mining. In the areas where there are lithium mines, the people complain of increasing droughts. It is harming the livestock and also is drying out the vegetation. The reasons for these damages are not clear. The experts are unsure about the extent to which the drought is connected with lithium mining.  (Read this)

What is the difference between Lithium batteries from others?

In the 21 century, lots of equipment is powered by batteries. It is offering humans to live a convenient life with electricity.  Also, it is portable. But there is a flaw in batteries mostly in lead-acid and nickel-cadmium. It becomes flat quickly. Then the batteries become waste and mess up the environment. According to the yearly surveys millions of batteries are disposed of by people.

But the reactive alkali metal lithium is rechargeable. It even received a Nobel Prize. Further, it was found during the 1970s global oil crisis. M Stanley Whittingham from Nottingham worked hard for the technology to create energy that does not depend on fossil fuels. He made the cathode which is the positive terminal of the battery and the anode which means the negative terminal. At first, it was only able to release two volts. But the metallic lithium was explosive so John B Goodenough used the cobalt oxide to increase the volts.

Then making use of the cathode as the basic idea, Akira Yoshino made a viable lithium-ion battery. Further, Sony released the first edition of the battery in 1991. Further Olof Ramström the professor of Chemistry shared that lithium-ion batteries have “enabled the mobile world”.

In the modern-day, gadgets like the iPad, smartphones, laptops, and electric cars work with the help of lithium-ion batteries.

You may also read: Understanding Rechargeable Batteries and How They Work

Many researchers say that new development for the aluminum battery can offer a greener way of storing energy than lithium batteries. This can result in less production costs and also a low impact on the environment. Many experts also believe that aluminum-ion batteries can be used for large uses like storing wind and solar energy.

The previous aluminum batteries are making use of anode which is the negative electrode and the graphite the cathode as the positive electrode. But graphite contains low energy to make the battery cells. Also, the performance is not that useful. So in the new development, the graphite is replaced with the organic and nanostructured cathode. It is made with the carbon-based molecule anthraquinone.

Therefore the benefit of the organic molecule present in the cathode material is that it can store positive charge carriers. Hence this is a new development that can pave a new path for storing energy in the future.

These are the impacts lithium mining can have on the environment. Even Though it has led to many technological advancements it is affecting the water sources and the vegetation. So a good replacement for the lithium is required.

You may also like: The Top Items to Have Should Disaster Strike

How to Effectively Manage Your Dock and Marina