How To Play Checkers Board Game? 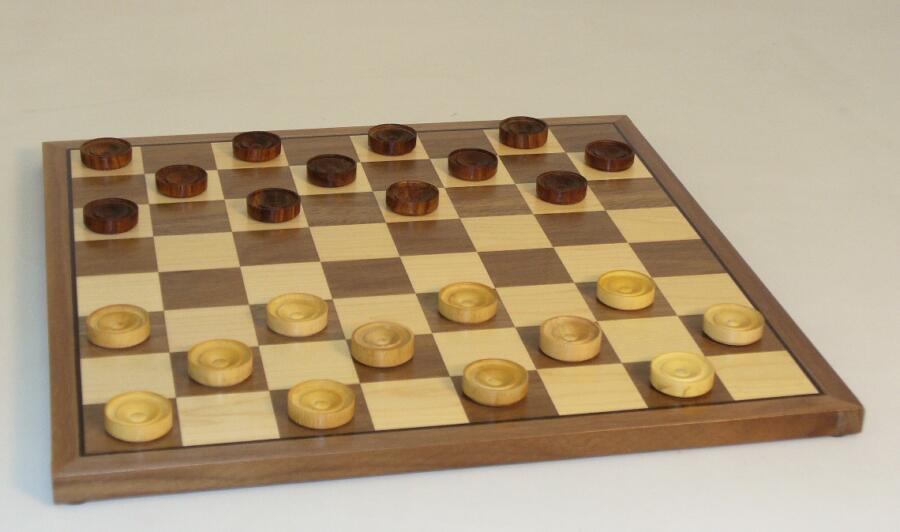 Many have played the checkers board game at least once. It is frequently one of the first games we learn as children. Growing up, my parents and I played many games like this, and we always had fun. Even now, I still occasionally pull it out for a brief game.

Checkers board game is one that I frequently play during weekends spent at vacation homes. I’ll go through the checker’s board game rules, where you can play checkers online. Also, tell how to set up checkers and where to get the game in this post.

A two-player board game called checkers requires diagonal moves. At the same time, hop over your opponent’s pieces to capture as many of them as possible. Checkers is a great board game to develop your critical thinking abilities.

A checkers player could only be familiar with some moves due to the sheer number of possible movements. However, playing over time will often assist your youngster in strengthening memory abilities and learning possible movements.

Concentration and improved problem-solving skills are required to play checkers. It will improve your child’s decision-making ability and is a great approach to instilling patience.

3. Be more adept at solving problems

Your youngster must consider “good/better/best” winning tactics as they play. This will give kids greater confidence when they need to tackle difficulties in their daily lives! Even though checkers’ board games are simple and easy.

Checkers has benefits beyond intellectual development. It’s a good family activity as well. Playtime together builds the ties between friends and family. Play checkers the next time your family gathers for a game night!

With each victory, one’s self-confidence grows. As you play more, you improve and develop confidence in your judgment. It’s an excellent approach to teaching your youngster about making informed judgments and learning from mistakes.

In addition, players must develop the ability to make thoughtful judgments or face the repercussions of rash actions.

Sixty-four squares on a standard checkers board game alternate between dark and light colors. The board is positioned between the players as they sit across from one another.

There is customarily a light square in the far-right corner of each player’s seat. After deciding who will use dark and light checkers, arrange your 12 pieces on the playing surface.

The checkers should only put on the dark squares in each player’s three rows of four. Players have five minutes to complete their turn in a checkers competition. So you should determine whether you’ll clock your movements in advance. Usually, the player with the black checkers initiates play.

How to Play Checkers

There are only a few basic rules in checkers, but they are crucial. First, just one of your pieces can travel diagonally onto another black square at a time.

Additionally, they may only advance in the direction of your rival. If you can successfully “jump” over your opponent’s checker, you can take their piece and remove it from the board.

The caught checker is removed from play when your piece “jumps” over an opponent’s piece on a square you normally may move into. There is a space diagonally behind it.

You must capture a checker if you can do so on your turn. You can decide which checker to move on this turn if two separate checkers can leap.

There is yet another factor to think about. You must capture another opponent checker immediately if landing a leap puts you in that position. You continue until you cannot capture any more pieces.

Suppose you successfully move a checker to the other end of the board. You succeeded in “kinging” your checker. There are several chances to rack up some catches in this manner.

Put a checker previously taken by your adversary atop the “kinged” piece. This checker can now travel forward and backward diagonally, but while it is not capturing checkers, it can only move one square.

A nice advantage of this new rule is that it is a kinged checker. It can travel both forward and backward during the same turn. Also, it allows you to switch directions and capture additional enemy pieces.

The goal of the checkers board game is to eliminate your opponent by capturing all of their checkers and also, putting them in a situation where they cannot make any more movements.

Each player moves one checker at a time. The lone checker may be moved diagonally ahead of one spot. You capture their checker by leaping over your opponent’s checker and eliminating it from the board.

Only when the square behind your opponent’s checker is unoccupied by another is a leap permitted. If a legal leap can make, a checker must take it. If the checker you just moved can leap again, you may capture more than one checker in a single round.

Only if your one checker turns into a King can it advance. If you move your checker to the opponent’s backline, you can add another single checker on top of it to make it into a King. Now that King is free to go anyway. Up until the win condition is satisfied, play alternates.

How to win Checkers

Let’s talk about how to win at checkers board games now that you know how to play. Even though checkers is a straightforward game, there are several tactics you may employ to gain the upper hand.

Controlling the center is among the most common tactics. Since they cannot catch there, your pieces are safer towards the board’s boundaries, but doing so also reduces your chances of making a capture.

The goal of becoming a king should always be to obtain at least one piece. To successfully leap your opponent’s pieces, you must take the initiative and move your pieces into the middle of the board. The opponent’s side of the board offers several excellent move options and is in a nice location.

When you can, jump pieces, but keep one piece moving up the checkers board game toward the King. A checker with two additional diagonals behind it cannot capture.

To effectively defend your checkers, try moving them in groups of two or three. This allows you to observe your opponent’s weak points and look for opportunities.

Also read: How Can You Play Farkle? Take A Quick Glance At The Farkle Rules