How to Start Anime Drawing Step by Step -Easy Guide 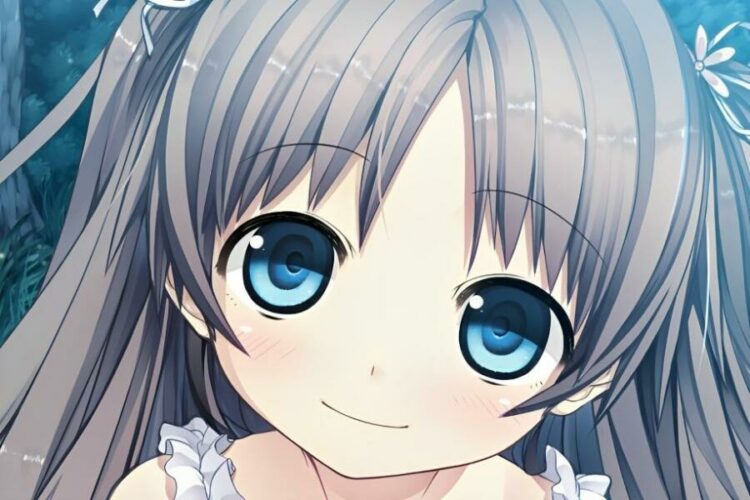 Do you enjoy manga’s visual language? It is truly amazing when you think about the amount of effort that goes into creating these masterpieces, with likable, approachable personality traits. One can tell that each detail was drawn with passion, patience, and love. However, have you considered trying to construct anything on your own? We’ll do our best to support you in building a solid foundation for the manga art form. Start drawing now! Grab your tools, and let’s start.

Fortunately, anyone can learn to draw anime characters; if you break it down into little pieces, the approach is very easy. It doesn’t matter if they’re digital tools, paper, pencils, or erasers.  Whether you are a beginner or not, anime drawings can’t get any easier once you have learned.

Creating The Base for The Facial Outlines

The fundamentals of drawing include anatomy. When sketching figures, learning about anatomy should be the very first thing you do. Start with a face!

Artists may have different tastes in how to draw anime characters’ heads and faces, but they all begin with the same fundamental idea. Draw a circle first, then a horizontal line, and a vertical line passing through the circle’s center. Which eventually divides the face. Typically, the nose is between the eyes and the mouth, the eyes are on or just below the horizontal line, and the mouth is at the bottom of the circle. Now it’s time for eyes, nose, and mouth.

Underneath The Horizontal Line, Draw The Eyes

Anime eyes are typically large, roughly 1/4 to 1/5 of the face’s height. Add a black pupil to the middle of a semicircle that extends. Add one or two more circles to the iris to produce primary and secondary light reflections. To create a gradient as you fill in the pupil, make the top part of the form darker from the upper lash line. The lower lash line is then created by drawing a thin, horizontal line underneath the circle. Put the same effort into the opposite vertical line. Which means draw the other eye!

Between The Horizontal Line and The Chin, Add The Nose

Anime characters’ noses are frequently undetectable unless you’re looking at them from the side. It’s almost nothing. For instance, the nostrils are represented by two tiny lines. Only this could serve as the nose. I am sure you know if you have seen one.  Draw a brief at the halfway point between the horizontal line and the chin. Ready the base for the nose. Draw a line to be a precise, straightforward vertical line down the middle of the face. Thus represent your character’s nose. If you want your character’s nose to be large, lengthen the line.

Anime Mouths are Simple and Understated, Much Like Anime Noses

The mouth can be positioned by dividing the head into eight portions. The mouth will be just above the bottom of the chin. Almost the entire mouth can be depicted as a light curve. Also, with a little gap in the center. Which eventually appears to “cut” into the mouth opening. Also, create the impression of a break there. Just remember that this positioning technique is a guideline. Also thus, you can add elements to your anime drawings. The position of the mouth on the head might vary depending on the style and character.

Sketch The Hair of The Anime

Do not worry! We are here to ensure that your anime drawings get easy. Make a hairline first. To make the hair look more natural, add more finely defined lines. Start by drawing bangs down to the eyes using rapid, light strokes. Afterward, start drawing the remaining hair to frame the face. Make sure the hair rises above the first circle you drew on the top of the head. In other words, the character’s hair should have volume above their head rather than lying flat on their scalp.

Remember, there are a few basic shapes that make up bodily anatomy. Again if this is followed thoroughly, anime drawings are really fun!

For Anime Drawings, Make A Stick-Figure Outline of The Body of Your Character

The arms, torso, and legs should all be in straight lines. Make the legs about a third longer than the arms. Small circles for the shoulder and leg joints, an oval for the hips, and a rectangle for the chest. The upper body shape is then completed by linking the ribcage to the hips and forming a waist.

Describe The Basic Bodily Shapes of Your Character

Then, draw a basic shape of your character’s torso, arms, hips, and legs over the stick-figure outline you created. Your general shapes need to be connected and improved. To create a single, seamless outline, trace around the character’s body’s outer edges. Start now to make the various bodily components, such as your character’s hands, shoulders, hips, and neck, more realistic-looking to your anime drawings. And once you are done doing these then, erase the shapes and outlines of the stick figures you drew.

Time to Add Your Detailing

You should now have a complete sketch of your anime drawings. You can now add specifics like clothing and footwear. Add a piece of cloth for your anime character. Over the body contour of your character, draw the clothing. Then, those areas that are concealed by the clothing remove any lines that are inside. Once you’re happy with the drawing, ink over the lines to complete it. While you’ll primarily use a black pen for inking, it can be useful to also have a white jelly pen on hand. It’s for adding highlights.

Once you have learned anime drawings, it’s time for you to build your foundation. Like trying different things, angles, and different poses. Try to experiment with everything. It will make your art even better. Look at your anime drawings and consider what you could have done to improve them as well as what you did well!

Also read: Let’s Know About Some Cute Anime Boys Who Will Melt Your Heart