How Young Drivers Should Deal With Whiplash

by Surjeet
in Cars
5 min read
0

An accident can come down to a lack of experience, overconfidence behind the wheel and a whole host of other reasons for crashes, but one big problem which often gets overlooked, quite literally after the fact, are the effects of whiplash.

10 Fastest Bikes in The World 2020 for Speed Lovers

In this short post, I want to help highlight why whiplash is a problem, and what to do when a younger driver has been in an accident which results in whiplash.

Why whiplash is a problem for younger drivers

You might be able to get a license and be legally referred to as an adult when you’re 18 in the UK, but your body still isn’t fully developed in one key area. You might be surprised to learn that your brain does not develop until you’re in your mid-20s, so a young driver getting in a crash which results in whiplash can cause neck and head injuries which are more than just impactful.

It is very lucky that in most cases, young drivers tend only to get minor neck injuries that they can recover from within a month or two, but that’s still at least five weeks of not being able to turn your head around properly. That’s a month of not being able to do daily activities as normal without it causing pain or severely impacting your routine.

So what can young drivers do to get help?

In most cases, it’s a waiting game to heal up, and much like lockdown has left us feeling in 2020, if you’re a young driver with whiplash, you may have to spend a good chunk of time stuck indoors. How you recover will be dependent on what your doctor recommends, so don’t go thinking you’re about to spend a month in a neck brace. Your doctor could tell you that paracetamol and stretching routines are the best road to recovery.

When involved in a crash which results in whiplash, it is also a good idea to talk with someone about whether you have the right to compensation.

How can a young driver get compensation?

Compensation claims tend to be something young drivers get worried about. Truth be told, they don’t need to. The idea of seeking out compensation, or possibly even going to court can seem daunting, but it usually isn’t the case.

Many young drivers think it’s going to be another cost plaguing them. When you consider that young drivers are already being charged around £35 through premiums in insurance to cover the so-called Whiplash Reforms which the government still hasn’t put in place (yes, insurance companies are charging younger drivers as a failsafe), is it any wonder young drivers would be worried to even think about compensation.

I asked the experts what young drivers should know about getting compensation after a crash.

They came back with a simple checklist of questions to ask yourself after a crash:

If you answered No to any of those questions, you’d want to get in touch with an injury solicitor to talk about your crash and whether you can make a claim.

Will making a claim cost money?

Young drivers are hit hardest when it comes to costs for driving. When you add up lessons, tests, the car and insurance, you’re hardly left with a penny. There’s a misconception that asking for legal help costs money too.  That is why it helps to talk to a compensation lawyer who promises to act on a No Win No Fee basis. This means that they won’t charge you for their work unless they get a successful claim on your behalf. Their fee is taken from the claim, so you never have to worry about costs.

Want an idea of how much someone could get from a whiplash claim?

If you are in Scotland the Thompsons website has a list of typical compensation payouts based on whiplash-type which you can view at https://www.thompsons-scotland.co.uk/whiplash/whiplash-compensation-amounts. Their site also has information on what the claim process is like, and what type of common injuries young drivers encounter.

For American readers you can find out compensation amounts at https://www.injurylawyerwi.com/PersonalInjuryLawBlog/WhiplashSettlement and if you are interested knowing general amounts throughout Europe check here https://www.ced.group/en/news/whiplash-in-europe.

Make sure you know what to do after a crash!

Don’t get confused or bullied by another driver immediately after a crash. Know what to do by reading this article on the Proper Etiquette after a Fender Bender Accident.

Now that you are in the know I wish you safe driving and a good time out on the road. 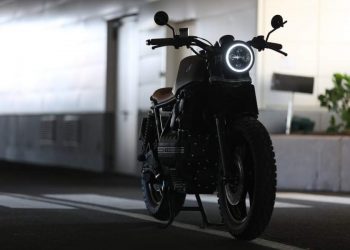 10 Fastest Bikes in The World 2020 for Speed Lovers

Are there any bike lovers here? Then this article is for you. For some people, bikes are an important part... 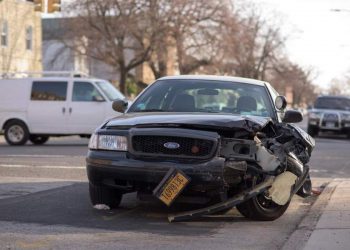 Typically, US state laws let car owners recover the total amount of losses due to an accident. The exact statutory...

Here is Why You Should Not Go for Laser Hair Removal

What Does It Mean of When You Dream About Someone?