Is Dr. Phil Getting A Divorce? 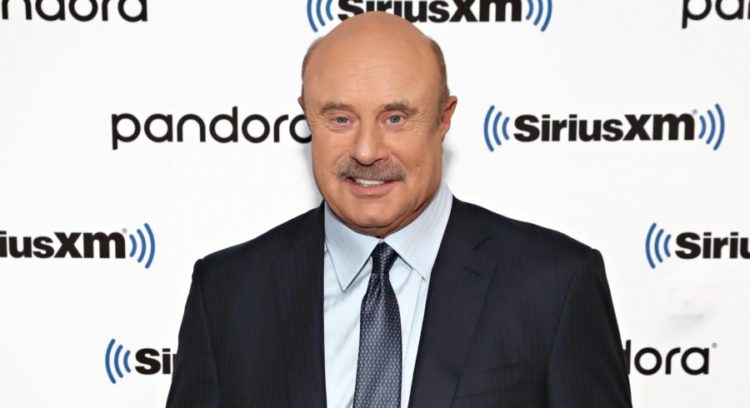 Philip Calvin McGraw aka Dr. Phil is one of the famous life strategies and professional health experts. Moreover, he was an advisor of life strategies. In fact, he first appeared as an advisor of life strategies in the Oprah Winfrey Show. Thereafter, he created his own show ‘Dr. Phil’ back in 2002. So, there has been a rumor going on whether Dr. Phil is looking for a divorce with his wife Robin. Well, in this article, we will discuss a bit on Dr. Phil, and his divorce rumors.

A Short Bio of Dr Phil

So, the man was born in the year 1950, on 1st September, in Vinita, Oklahoma. Therefore, he is currently 70 years old. Moreover, he had his childhood in both Oklahoma and Texas. He was also a very popular football player who got a football scholarship to the University of Tulsa. As for his nationality, he is an American citizen. Moreover, his father’s name is Joe McGraw and his mother is Jerry Stevens.

Is Dr. Phil A Real Doctor?

People are also interested to know whether the TV star, who goes by the name Dr. Phil in his tv show, is a doctor in real life. Well, he has a Ph.D. in psychology to his name. He got that from the University of Texas. Thereafter, he opened his practice and earned his name through his work at the clinic.

Philip McGraw’s life hasn’t been easy. So, at first, he tied knots with Debbie Higgins McCall, a cheerleader, and a homecoming queen,  back in 1970. However, that didn’t last long, and in the year 1973, circumstances made them file the divorce papers.  Thereafter, he met Robin Jo Jameson, his current wife.

Dr. Phil is one of those Hollywood celebrities, who’s life has been peppered with rumors and allegations. There was a time when people thought that the couple was looking for a divorce. In fact, it has been going on for more than 15 years now. However, back in 2012, he did put a full stop to the whole rumors of the divorce saying that it’s all baseless.

But it didn’t stop. Once again in 2019, he was on the ‘Rachael Ray Show,’ where he expressed his gratitude and beautiful relationship with his wife Robin. For example, he told the viewers how both of them stayed by each other’s side in their ups and downs. Therefore, he denied all the rumors in that show. Currently, the couple is happily married with their two sons, Jay McGraw and Jordan McGraw.

Since he has a famous American personality and a psychologist, naturally he has a huge net worth. Moreover, his own show and the popularity from his debut at the Oprah Winfrey show garnered him more fame and glory. Currently, he has a Net worth of around $460 million USD.