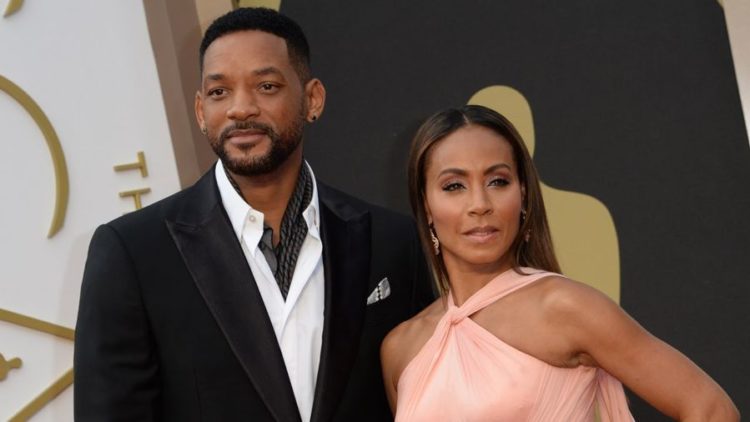 We, human beings, are curious by nature. However, our curiosity increases a thousand folds when it comes to the personal lives of celebrities. In fact, cameras follow celebrities everywhere. Even the highly personal events in a celebrity’s life are made public and become hot discussion topics. Celebrity marriages are the top concerns of the media and the public. Different speculations and gossips germinate around celebrity couples, and we seem to enjoy every bit of it. Some celebrity couples have become prime sources of popular interest, as with Will Smith and Jada Pinkett Smith.

Who doesn’t know Will Smith?  The Men In Black famed star has received 4 Grammy awards and 1 Oscar for his excellent acting skills. However, recently he made the headlines, for a controversial issue and we all are aware of that. Apart from his professional life, his personal life, especially his relationship with Jada Pinkett Smith, has become a hot topic of discussion.

Will Smith and Jada Pinkett Smith have been together for a long period of time? In fact, they are one of the longest modern-day celebrity couples in Hollywood in recent times. However, their relationship has never been a smooth cakewalk. They have had their shares of problems. They even took a brief break from their marriage. Yet they have managed to stay together for almost 25 years, sailing through difficult times. This is what makes the couple even more adorable and admired.

However, on one occasion, Jada Pinkett Smith shared that she felt she was still too young to marry Will Smith. In fact, she also mentioned that she would have advised her children not to marry. Keep reading the rest of the article to find out more about the Smith-Pinkett relationship.

Any event or action has both the good and the bad sides to it. Jada Pinkett’s marriage to Will Smith might have injected a ray of positivity into her life. But a series of doubts and uncertainties marked their relationship. Jada Pinkett Smith once admitted on Red Table Talk that she initially didn’t want to get married at all. The situation became so overwhelming for her that she even cried during her wedding.

Pinkett was absolutely upset with the wedding. She was only 25 when she married Will. However, things ultimately worked out well for her. She later admitted that she was “too damn young” at the time of her marriage. However, she also shared that Will Smith deserves the credit for making their marriage work for decades. Jada explained  – “It [the marriage] did work out, but it worked out in a way that, thank God, I have a husband who is just a gangster. We have traveled. You’ve got to be strong. It takes work.”

Will Smith’s take on their relationship

Honesty is always seen as the best policy. Will Smith’s take on his long-lasting relationship with Jada Smith Pinket is largely dependent on this popular belief. He believed that their relationship has been able to survive the test of time as they were honest with each other. Thus according to Smith, this uncensored honesty has been the only reason behind their lasting relationship.

In an interview with Playboy, while speaking about his marriage with Jada Pinket, Will Smith admitted – “Jada and I have agreed on this basic concept: You don’t say anything that is not the truth, period. Nothing comes out of your mouth that is candy-coated or aimed to protect the other person.” Smith further added that he told Jada that they both should be absolutely truthful to each other. “If we both accept that, then we can accelerate our conversation and the movement of the relationship,” the famed actor added. He further admitted that Jada always followed this concept.

He even shared that he spoke to his wife in the same way as he did with his friends. Smith argued that one must accept him as he is. He explained that even when it comes to praising another woman, he does it in the same manner in front of his friends and also his wife.

What Smith and Pinkett ultimately realized

Will and Jada took a brief break from their relationship at one point in time. During this separation, as Smith admitted, they learned to ‘love in freedom.’ Speaking about their brief separation, Smith said on The Oprah Conversation that “it was a fantasy illusion” that they could make each other happy. He explained that both he and Jada ultimately concluded that it is not possible to make each other happy.

Therefore, they realized that they should focus on their individual happiness. This was the only way to maintain their marriage, and they did the same.

The relationship between Will Smith and Jada Pinkett Smith is the longest-lasting celebrity marriage in modern-day Hollywood. Jada felt she was too young to marry at the time of her marriage. Even after their marriage, the celebrity couple got separated for a brief period. During their separation, they realized that they cannot make each other happy. Therefore they focused on their individual happiness.

Following this concept, the couple solved their issues and came closer. Smith candidly admits that he is equally frank with his wife, and they never deal in lies. This has been a true force that binds the couple together. We, as fans and well-wishers, with the couple all the best for their future. We want to see them together for more decades to come. Cheers to the Will-Jada duo.

That’s all for today.

Also Read: 8 Most Handsome Black Men in The World