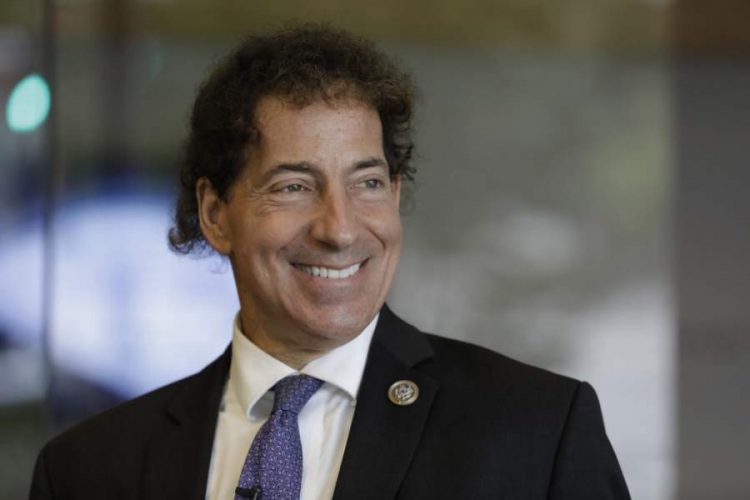 Jamin Ben “Jamie” Raskin is a well-known American Lawyer and Politician. Since 2017 he is serving as the US representative for Maryland’s 8th congressional district. He is a democrat, before his election in the congress, he worked as a constitutional law professor at the American University Washington College of Law. Moreover, he also co-founded the Marshall-Brennan Constitutional Literacy Project. Jamie Raskin age is fifty-eight. Know all the details about Jamie Raskin Biography here.

The birthplace of Jamie Raskin is in Washington, D.C and his birthdate is December 13, 1962. He comes from a Jewish family. The name of his father is Marcus Raskin who was a progressive activist and staff aide to President John F. Kennedy. His mother’s name is Barbara Raskin who is a journalist and novelist.

Raskin finished his studies from Georgetown Day School in 1979. Then he got a BA from Harvard College in 1983. After that, he served as a past editor of the Harvard Law Review. Also, he worked as a general counsel of the National Rainbow Coalition.

On 2015 Raskin revealed his campaign for congress. His ambition was not to be in a political career but to be the moral centre. At that time Raskin enjoyed the Progressive Action PAC which is a political arm. He won the seven-way Democratic primary and he got considered as the most liberal candidate. In his first action in the Senate, he joined with several members of the House of Representatives to object the election of Donald Trump as President. They told that he became President because of Russian interference. But this got ruled out.

On 2018 Ruskin along with the Dan Kildee, Jerry McNerney and Jared Huffman launched the Congressional Freethought Caucus. Some of its stated goals are pushing good public policies, promoting the separation of church and the state and more. Then he also supported the banning of discrimination against gender identity and sexual orientation. Raskin also served as the primary author of the impeachment article against Donald Trump. They charged Trump with inciting the insurrection that led to the storming of the capitol.

Raskin is the husband of Sarah Bloom Raskin. His wife served from 2007 to 2010 served as the Maryland Commissioner of Financial Regulation. Raskin has two daughters Hannah and Tabitha. He had a twenty-five-year-old son named Thomas who suffered from depression and died because of suicide. After burying his son on January 5, 2021, he along with his daughter and son-in-law got locked in his office because of the storming of rioters inside the capitol. He started to write the article of impeachment during that incident.

Raskin got diagnosed with colon cancer in 2010 but is now a survivor. He underwent six weeks of radiation and chemotherapy to fight cancer.

The net worth of Jamie Raskin

Jamie Raskin net worth will be somewhere between $17 million and $68.5 million. He spent $12 million of his own money on the house seat. He and his family have a house in Takoma Park, Maryland. As a congressman, his annual salary will be $174,000. They also get lots of privileges like free airport parking, good retirement plans, free on-site gym and more.

Jamie Raskin is a man of action. He has supported many plans for the betterment of the nation.