Joe Girardi Get Fired By The Philadelphia Phillies 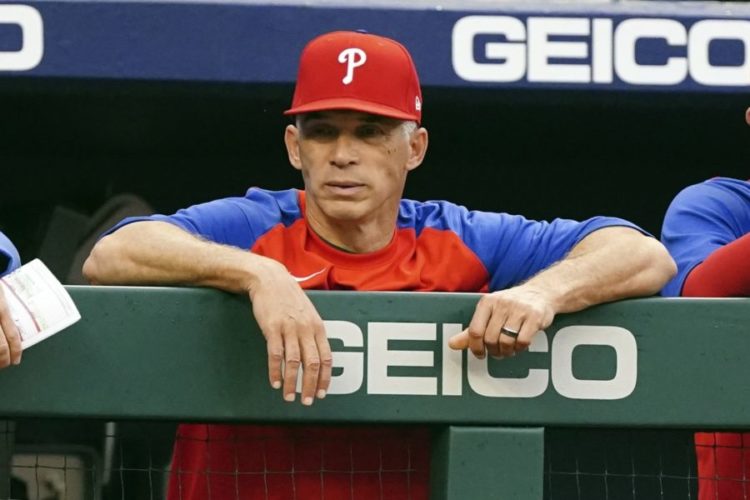 Joe Girardi is a name that any baseball fan will recognize instantly. Girardi won three World Series championships with the New York Yankees as a player. In fact, he also served as the catcher for both Dwight Gooden’s no-hitter and David Cone’s perfect game. His professional league playing career spanned from 1989 to 2003. Girardi played for teams like  Chicago Cubs, Colorado Rockies, New York Yankees, and St. Louis Cardinals during his career as a player.

But in sports, we have seen that not all successful players can become successful coaches. Apart from a sound technical and tactical sense, various other factors contribute to the success of a coach. The same can be said about Joe Girardi’s stint as the coach of the Philadelphia Phillies. In fact, recently the Phillies fired Girardi. Read the article to know more about the matter.

In 2005 Joe Girardi became the bench coach of the Yankees. In the very next year, he replaced  Jack McKeon as the manager of the Florida Marlins. He was named the National League (NL) Manager of the Year. Then in 2007, he joined the New York Yankees as a coach. Interestingly, Girardi chose to wear jersey number 27. He did this to signify that he would lead the Yankees to their 27th world championship.

However, his first season with the Yankees was unsuccessful. His team finished at the third position in the AL East. But things took a sharp turn in the next season. The 2009 season was a glorious season for Joe Girardi and his team. He led the Yankees to their 40th AL pennant. Under him the Yankees also won their 27th World Series title, defeating the Philadelphia Phillies. After the 2010 season, Girardi and the Yankees agreed to a three-year deal.

However, the 2011 season was an injury-plagued year for the Yankees. Yet, Girardi led the team to the AL East title. However, he failed to lead the Yankees to another big title till 2017, when his tie with the Yankees ended. In his 1620 regular season games as the Yankees’ manager, Girardi won 910, with a win percentage of .562.

Girardi as The Phillies’ Manager

Joe Girardi joined the Philadelphia Phillies as their manager on October 24, 2019, replacing Gabe Kapler. His first season with the team was a disaster. His management resulted in the worst season ERA for any bullpen since 1930. The Phillies not only missed the playoff, but also they finished behind San Francisco Giants in the standings.

His second season with the Phillies saw little progress. In that season the Phillies had the most blown saves by any team in MLB history. They again missed the playoffs barely. At the start of the 2022 season, Girardi was under huge pressure this season, especially as his team started the season 22-29. This put the Phillies 12 points behind the first place in NL East.

Everyone expected the Phillies to compete in the division alongside teams like the Atlanta Braves. They also had a +1 run differential, they were unable to make a mark in the first two months of the season. Therefore, on  3rd June 2022, the Phillies fired Joe Girardi from the post of manager. Bench coach Rob Thomson will be the interim coach for the Phillies.

What’s Next for the Phillies and Girardi?

As far as this season is concerned, there is still hope for the Philadelphia Phillies. The majority of the campaign is still left. Therefore, they can easily secure a playoff berth. In fact, they are trailing the final wild card spot by 5.5 games.

As for Joe Girardi, it might be his final stop. He had a more or less successful stint with the Yankees. But he failed to live up to the expectations with the Phillies. For the Yankees, he had a record of 910-710. But elsewhere his record of 209-225, is not impressive at all.

Joe Girardi is 57 years old atthe moment. He might choose to retire from coaching and renew his relationship with the television networks. In fact, after retiring from the game as a player, he did some work at the MLB network. But given his record as a manager outside the Yankees, his managerial career seems to have ended.

Also Read: 5 MLS Stars Who Could Impress Us in The UEFA Nations League