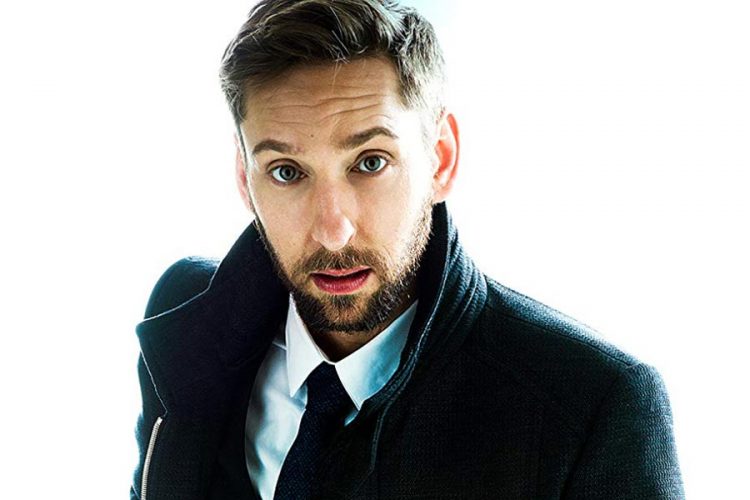 Joel David Moore is an American Actor who is seen in TV commercials, films and television series. Moore is also a director who started his career in small roles on the big screen. Joel also did roles in hit movies like Avatar, Bones and Grandma’s Boy. He did around 20 movies and 17 series his popular role was in Dodgeball: A true Underdog Story.  He is well known as Dr. Norm Spellman in the hit film Avatar. However, Grandma’s Boy was his career changing movie. He gained most recognition after this film.

Where was Joel David Moore Born?

Joel David Moore was born on 25th September 1977 in Portland OR, United States and was raised in Oregon. His mother is Irvine Moore and his father is John Moore. He did his high school and college in 1985 in Benson Polytechnic. Whereas he completed his college of two years in Mt. Hood community college and in 1998 he was transferred to Southern Oregon University. He finished his graduation and got his degree in 2001, he also attended the Shakespeare Festival.

We never heard Joel David Moore in any rumors about love, affair or relationship, in fact he is too focused on his work and career. Therefore, he spends most of his time preparing for the shoots or acting for movies and series.

Joel got married to Kineret Karen Ben Yishay in 2009, they tied a knot on the day of new year. As per the source, after that in 2011 they divorced each other, they do not have any kids. Joel prefers to remain single now and dedicates his time in work and acting. However, he was once in a relationship with actress Kate Hudson. Prior to Hudson he dated Ally Michallka in 2011-2012.

Joel has worked in many commercials, TV shows and Movies, which helped him gain a lot of success. The best known ones are from his early days “The Drug Wars” and “The High Times” in 1999. In the year 2000 he planned on to shift to Los Angeles in order to pursue his dreams in Hollywood.

He is most known for work for eBay, Best Buy and Cingular Wireless. In fact, Moore has actually worked for dozens of commercials in his early days. However, his turning point in career came with an international campaign for Siemens cell phones XELIBRI he got the famous Lion Award for this. He then became really popular after having the household name in industry.

And of course he then started to portray in various television shows like LAX, CSI, Boomtown, Six Feet Under, Forever, and many more. Hence it is obvious that he has got a lot of acting skills. His big shot when he was seen in Katy Perry’s music video. He has also got positive reviews for his Movie Avatar in 2009.

What is Joel David Moore Net Worth?

Joel David Moore’s net worth is $4 million. He is now considered as the richest celebrity in the Hollywood Industry. He has got a decent income from his acting career. One can say that the struggle or the efforts he made to come up to this level is what pays him off. Really started from commercials, to small roles on big screen and then being this much famous and rich is commendable.