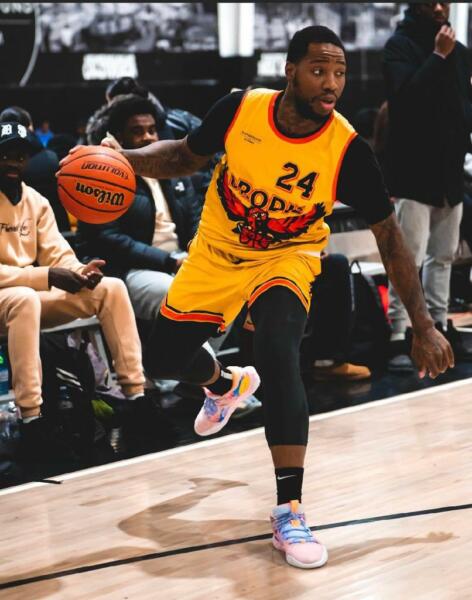 When people reach a certain level of success, all they want is to help others. They want those deserving people to come forward who lack facilities and waiting for their fate to open the doors of opportunity upon them. Justin Field is an ex-pro ball player who is aspiring and pushing forward many others with the talent to step into the scenes of the NBA.

He is the light of hope for many players waiting to be discovered and given a chance to shine.

The Journey of an Iconic Basketball Star

Justin Fields is a basketball trainer who began playing basketball at six. It is said that practice makes a man perfect. Justin honed his basketball skills. His all-time favorite player is Lebron James. Justin also used to play pro ball as well. Justin was appointed as the shooting guard bag for two years, averaging 28 points a game.

Later in 2014, while coaching Scarborough Blues, he had a flash of insight and knew that this was what he wanted to do with his life. Justin has developed a strong desire to coach and help today’s youth.

Justin Fields has developed a platform that allows aspiring players to get noticed by scouts and coaches so they can be seen. He would like nothing more than to give back what he has learned over the years. It doesn’t matter from where you are or what you do; everyone is welcome to join the basketball program.

Basketball Training Facility to Everyone

Justin’s training facility is in Toronto, Canada. He has helped many kids by guiding and turning their weaknesses into strengths, whether shooting, driving, or defense, name it, and he has done it. Lockdown has made things difficult for Justin, but nothing can stop Justin from putting smiles on the kids’ faces.

He is not just training them physically but also helping them keep their morale and hopes high. He is clarifying to them that not being able to do what they wanted to do on the court and losing is all a part of upcoming success.

Justin is not running his training facility for money or fame. He just wants to help the kids accomplish their goals in basketball. Justin aims to open more gyms around the city and keep the kids off the streets. From prep school kids to high schoolers, he wants to help everyone get to the NBA. He wants to be the best basketball trainer in Canada

“I love kids I enjoy training them and seeing the changes, skill wise the growth the confidence it’s amazing that’s Justin fields”

Also read: Who is Paolo Banchero, The First Pick of The Draft?