Kristin Chenoweth To Host The Docuseries Keeper Of The Ashes: The Oklahoma Girl Scout Murders 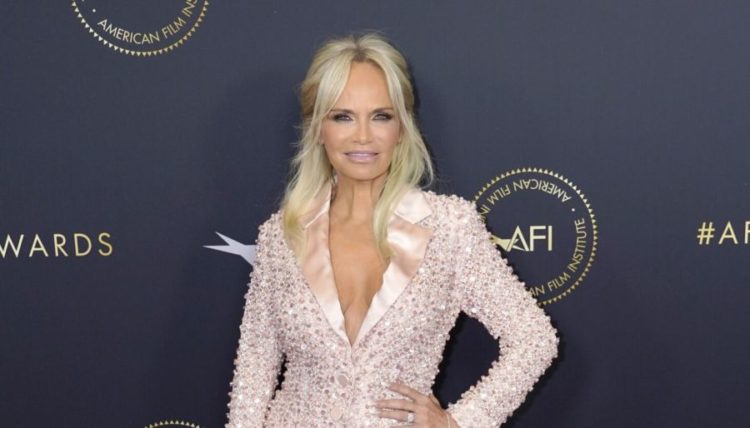 We are very shocked to hear what Kristin Chenoweth has told us. We don’t know what to think or say. She could have been one of them? We do not want to think about it. You will be shocked to know that she was supposed to be present in the camp that day. The camp where the three girl scouts were killed in Oklahoma. Are you aware of the tragic case that shook the world in 1977?

We will give you every detail you need to know. In addition, we will give you a sneak peek into Kristin Chenoweth’s life and works. Furthermore, we will talk about her participation in the docuseries on the girl scout murders with you. Lastly, we will tell you what shocking news she had given us about the Oklahoma girl scouts murder case.

Keep reading the blog and we will share every detail with you.

Life and works of Kristin Chenoweth

We, her fans, already know that Kristin Dawn Chenoweth was born on July 24, 1968. In addition, we know that she is an American actress and singer.

Firstly, Kristin Chenoweth, as we know, was adopted by a family when she was five days old. Secondly, we hear that she was raised in Broken Arrow, Oklahoma. Thirdly, we see that she said she had met her biological mother eventually. She has told us all these important pieces of news.

Fourthly, we hear that after she graduated from Broken Arrow Senior High School, she attended Oklahoma City University. There she was a member of the Gamma Phi Beta sorority.  We know all this because she has shared this news with some popular magazines. Fifthly, we hear she got a bachelor’s degree in musical theatre and a master’s degree in opera performance in 1992. Sixthly, we hear that when she was at OCU she participated in beauty pageants. We read that she won the title of Miss OCU and the second runner-up in the Miss Oklahoma pageant. We are really impressed after we hear what a talented artist she is.

When Kristin Chenoweth was in college, she participated in a lyric theatre in Oklahoma City. In addition, we hear that she did the roles of Juni in Gypsy and Liesel in The Sound of Music. Through all these performances, she touched the heart of the audience.

Furthermore, we hear that she participated in many vocal competitions. Also, her performance impressed the Metropolitan Opera National Council. In fact, they called her the” most promising upcoming singer”. We hear that Chenoweth performed in Babes in Arms in Guthrie theatre. Also, we hear that she starred in The Fantasticks where she was Luisa.

Let’s talk about some of her other theatre hits. Scapin, Steel pier, Strike up the band and A new brain.

We will tell you about some of her other famous works. For The West Wing, she got a Grammy award in 2005. In addition, we see her in Promises promises with Sean Hayes on April 25 2010. She sang the songs I Say A Little Prayer and A House Is Not a Home there.

We hear that for her performance in Pushing Daisies she got an Emmy award. Furthermore, we see her as Maleficent in the Disney movie Descendants(2015). In the year 2018, we see that she sang Popular in the NBC broadcast A very wicked Halloween. Besides, we see that in 2019, Kristin Chenoweth was on British tv as a judge of ‘All-Star musicals’. She and Elaine Page performed “I know him so well” for her audience.

What Has Kristin Chenoweth Got To Do With All This?

This is indeed shocking to hear what Chenoweth tells in a documentary on Oklahoma murders. Firstly, she tells us that she was a girl scout herself. Secondly, she tells us that she was to be in that camp at that time. But she fell ill and therefore her mother told her to stay at home. We are all stunned to hear this piece of shocking revelation from her. In fact, we shudder at the thought of what could have happened to her. “This is a story I wish I never had to tell”, we see Kristin Chenoweth lamenting in the docuseries. Furthermore, we can hear her saying,” it haunts me every day” to the reporters. We hear that she tells the reporters that she is still shaking from the thought of what could have happened.

The name of the docuseries is Keeper of the Ashes: The Oklahoma girl scout murders. We hear that it is a documentary that will investigate the murders that took place 50 years ago. We see that Kristin Chenoweth is giving us some honest insight into the case. “There’s no closure. There’s no pretty red bow in the end.” But  We don’t know what we should know about the cases that will shock us.

“If you are a true crime fan, you will definitely want to stream Keeper of the Ashes,” she told us. Furthermore, we hear that the makers will bring this show for the audience on Hulu tv from May 24.

We hear that Chenoweth will be the host of the series. In fact, she will be narrating very specific and perhaps brutal details of the case with us, the viewers. Besides, she will tell us the whole story, the background of the three girls. Maybe we will be able to know something about the culprit and why he did this. We don’t know if in this docuseries we will hear what the victims’ family has to say. But  To be honest, we are in a haze and we want answers very fast.

We are looking forward to this great documentary series. Besides, we are now very curious to know how the little girls got their justice. In addition,  we hope this series will investigate the case for us with the new technology now. We are all eagerly waiting for Kristin Chenoweth to tell us more about the case on May 24.