What is Liangelo Ball’s Status After Thomas’ Contract with Charlotte Hornets? 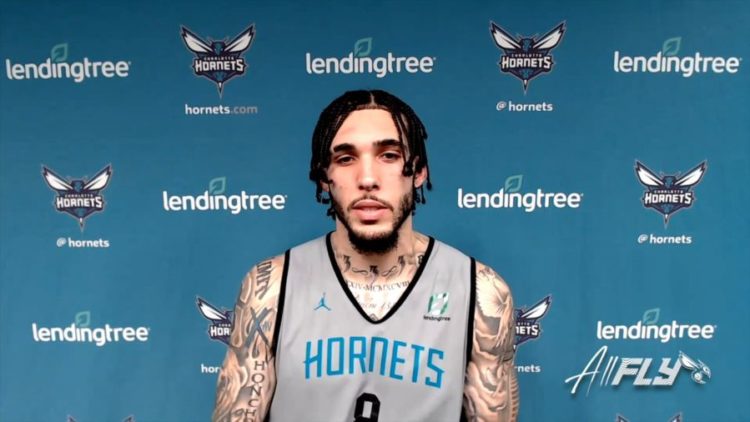 The Charlotte Hornets are joining Isaiah Thomas again. They are not changing this plan anytime in the future. Thomas is also planning to sign a contract with the team. He has played over 10-day deals for the Hornet, Dallas Mavericks and Los Angeles Lakers. But for this season he has got a spot. Charlotte is 7-2 after getting Thomas. The player LaMelo also shared his feelings about the deal with a tweet.

But he knows that his brother Liangelo Ball has lost a chance to join Hornets. It is all because of Thomas’ contract with Hornets. You can find all the details of Isaiah Thomas and Liangelo Ball here.

Who is Liangelo Ball?

Liangelo Ball is a twenty-three-year-old basketball player. He plays for the Greensboro Swarm of the NBA G League. He is 6 feet 5 inches in height and weighs 215 pounds. Also, he plays as a shooting guard. Ball is the second son of LaVar and Tina Ball. They both are former college basketball players. From his childhood Ball played basketball with senior opponents. His parents were his coach.

He started to prepare for NBA very early. In 2017 he signed with Prienai of the Lithuanian Basketball League (LKL). In 2018 he joined Los Angeles Ballers. He joined the league founded by his father known as Junior Basketball Association. Further in 2019 Ball had surgery for his ankle so he missed the NBA Summer League.

After that he signed with Oklahoma City Blue of the NBA G League. He became a practice player. But it did not happen because of the COVID-19 pandemic. In 2021 he was called by his brother LaMelo to work with Charlotte Hornets. The team was impressed with the performance of Ball. So he earned a spot on the Summer League team. He seemed to play well. In the same year, he was also signed by the team. But later they did not select him.

It was a huge disappointment for him. Later he joined Greensboro Swarm in the 2021 NBA G League draft. He was able to score 22 points in his G League debut.

Who is Isaiah Thomas?

Isaiah Jamar Thomas is a well-known American professional basketball player. He plays for the Charlotte Hornets of the National Basketball Association (NBA). He is a thirty-three-year-old player. Most notably he is known to play for Boston Celtics from 2015 through 2017. At that time he was a two-time NBA All-Star.

The names of Thomas’ parents are James Thomas and Tina Baldtrip. They named their son after Isiah Thomas, a former Detroit Pistons Hall of Fame guard. James was a lifelong fan of the Lakers.

Isaiah grew up in Tacoma, Washington. As a child, he had the nickname “Bighead” from his father. Also, his mother named him “Zeke”.

Is Isaiah Thomas joining the Hornets’ terrible news for Ball?

The Hornets are signing the star player Isaiah Thomas to a ten-day contract. It seems Thomas with his record career is the player Hornets want. It will provide some support for LaMelo Ball and Terry Rozier. So when they add Thomas the roster players of the Hornets will be 17 players. But this means there is one less spot for Ball.

It will be hard for Ball to join the team. It seems he will not be joining the Hornets anytime soon. Therefore he has to play in his current team. Ball’s League stats also do not show a great picture.

What is the next plan of action for Liangelo Ball?

In 2020 Ball signed a ten-day contract with the Pistons. He did not see good action and most of the time he was waived off. Further, his unfortunate ankle injury also worsened matters. Since that time he is struggling to join his brother’s team. So now an international career is a good go for Ball. He is young hence he has a lot of time to improve himself.

He can become a valuable player in the future. Many teams may fight to sign him. There is a lot of chance for that. We have to wait and see.

Isaiah Smith is an amazing player. It is hard for new players like Liangelo Ball to join the team they wish because of players like Smith. Because of their experience, they are mostly signed by popular teams.