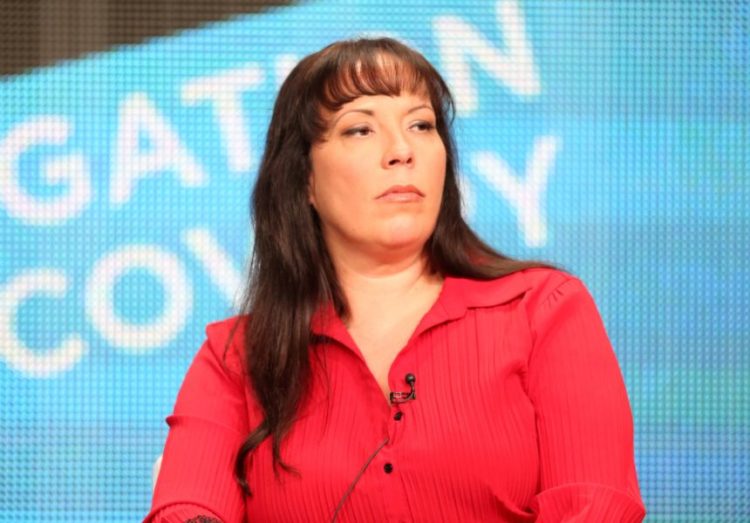 Lisa McVey, a resident of Tampa, Florida, was born in March 1967. She currently is an American Police Officer along with a motivational speaker. Additionally, Lisa serves as a middle school resource officer, using her experiences to instruct students on how to react in potentially hazardous circumstances. Lisa McVey came into the news when she was 17 years old. When Bobby Joe Long, a serial murderer and rapist, abducted Lisa, she, with her smartness, escaped him.

Let’s see how she did that!!

Lisa’s grandmother’s boyfriend used to harass Lisa, and his se*xual abuse of her increased daily. Even once, she considered ending her life and wrote a suicide note. Then, shortly a serial killer abducted her. From there, her life changed!

On 3 November 1984, Lisa McVey returned home on her bicycle after working a double shift at a doughnut store. Around two in the morning, the weary 17-year-old pedalled by a church. After that, she was then pulled off her bike from behind by an unknown person. Anyone could be sacred at that time, and so was Lisa. She started screaming and asking for help, then the attacker put a gun to her head and asked to keep her quiet or else he would blow her brains out.

A death threat? This was not happening the first time with Lisa; somehow, she was used to it. While living with her grandmother, she often received death threats from her grandmother’s boyfriend, who molested and sexually abused her for a long time. So, it was nothing new to Lisa. When kidnapped by Bobby Joe Long, Lisa requested him not to kill her. Lisa also said she wanted to live and asked the kidnapper to let her go. Additionally, she was ready to do anything that Bobby wished for.

Lisa’s deal tempts the kidnapper. McVey was bound and blindfolded before being put into the car. She then looked for hints that could lead to her survival. First, she assessed the red Dodge Magnum vehicle using the little opening behind the blindfold.

While narrating her experience later, Lisa said that she loved to watch crime shows. And from there, she learned all the alertness and skills.

More to Include in The Story

Resuming the story, when Lisa’s kidnapper made her sit in the car, he started driving in a hurry. The little one was anxious about her life. However, she counted on every step and noticed that they were travelling left. Further, Bobby took Lisa to his apartment that was in Tampa.

The man brutally beat, tormented, and raped Lisa McVey over the following 26 hours. She had a strong belief that she might pass away at any time, but because of her strong will, she didn’t.

Who was Bobby Joe Long?

Early in the 1980s, Bobby started his first crime wave and used classified advertising to identify victims. He began killing women in 1984 after raping numerous of them. Then, in November, Lisa McVey was taken hostage by Long.

Bobby Joe Long has a horrifying past as he has raped more than 50 women. He also murdered eight women before abducting Lisa McVey. Now, we could also say that after freeing Lisa, he will continue doing the same.

The 17-year-old little girl, Lisa McVey, confined in the murderer’s apartment, heard the news broadcast that she was missing. As Bobby once more threatened to shoot her in the head, she bit back, screaming. She kept quiet for a while, away from all the tantrums, to save her life. Then, she left her fingerprints all over Long’s flat because she was sure he would kill her. The girl hoped the proof would one day help the cops find her killer, Bobby Joe Long.

Lisa McVey was continuously waiting for a chance to escape. She tried all the possibilities but couldn’t succeed. Then, she concocted lies in the interim to endear herself to the kidnapper. The most striking example is when she claimed to be her father’s sole caregiver and that he was ill.

Lisa melted the heart of such a heartless serial killer with her talks and smartness. Long then finally decided to take Lisa back to her home. Bobby took Lisa to a petrol station and an ATM. Around 4:30 in the morning, he left her behind in a store. Long instructed Lisa to hold off removing her blindfold for five minutes so he could leave. Before leaving, he added that Lisa’s father was the only reason he was letting her go. Here, Lisa played smart and tricked the kidnapper.

The Killer Behind the Bars: Justice Served

When Lisa reached home, she was in tears seeing her grandmother again. However, the grandmother and her boyfriend started beating Lisa and said she had deceived them. But, Lisa wanted his kidnapper to be behind the bar, so she pleased the cops to do the investigation.

She informed me everything she could recall about the attack during the investigation. McVey viewed a lineup of photos of potential kidnappers. She recognized Long in the lineup after momentarily touching her assailant’s face and catching glances of him through the little crack behind her blindfold.

The cops caught Bobby Joe Long just 12 days after Lisa’s kidnapping. Though, between this time, he had committed even more crimes. Eventually, the court gave his the death penalty.

The serial killer was behind bars, and justice served!

After this incident, Lisa McVey tried hard to forget her past and started it all new. In 2004, joined the police academy and Hillsborough County Sheriff’s Office. Bobby Joe Long was put to death in Florida in 2019. Lisa McVey, sitting in the front row with a blouse that said, “Long… Overdue,” not only saw the execution, but she also participated in it. I wanted to be the first thing he saw, she declared.