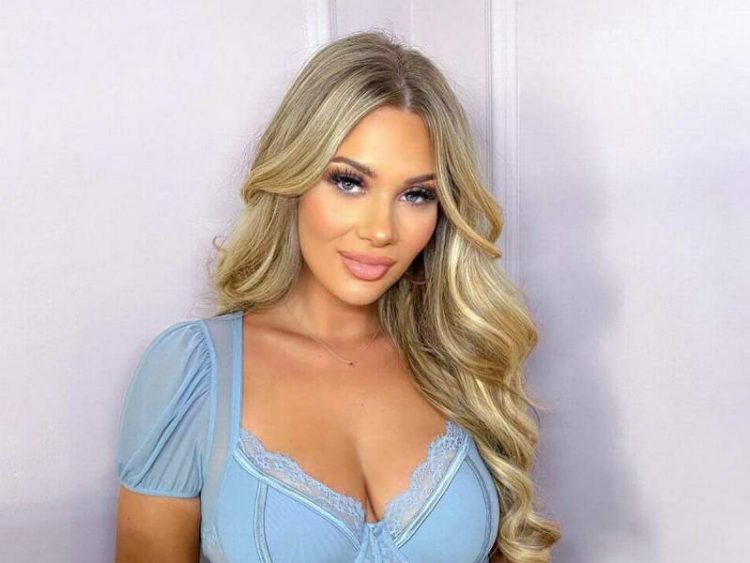 Shaughna Phillips aged twenty-six has revealed about her mystery boyfriend. She is dating him from 2019 and many did not get a clue about it. Philips became a celebrity after appearing in the reality TV show Love Island. She was searching for her Mr Right in the show with a certain determination. Her storyline was one of the highlights of the villa. But then her few recent Instagram comments surprised the audience when she told that she came to the show to help her mother financially. Her popularity has started to dim because of this.

It all started when she shared a photo on Instagram where she is enjoying her time on the beach.

But the fans were quick to notice a man sitting with her. Many started to ask her who it is in the comments. But Shaughna hid his face with a firework emoji. Then she revealed that she is romancing him for a year. She also wrote that she is beginning the 2021 with the people she met in 2020. At the end of the line, there was a heart emoji. This made the fans made a lot of speculations about the people she met in 2020.

Last year on January 12 she appeared in Love Island Villa located at South Africa. Therefore one fan asked her whether she was dating at that time. Another confused fan noticed her in the Celebs Go Dating and asked how she can have a boyfriend of two years if she was on the shows. Then Shaughna answered them by saying that “its television” with a shrug emoji.

The fans became very disappointed because of her reply to the comments. They asked her how she can appear on dating shows when she has a real-life boyfriend. She replied to them that she wants to help her family by appearing in the shows. She also continued that her relationship with her mother is everything to her. So she will do anything to offer her a good life. At last, she also asked her fans to understand her decisions.

One fan shared the screenshots of her comments and said that it is still unbelievable to think of Shaughna being in a secret relationship all this time. Although many know that reality TV shows are fake, she made the whole country to develop hatred towards Callum which also affected him. This was too much to digest. But Philips denied any claims that she was dating her secret boyfriend at her time in Love Island.

Shaughna Philips is a celebrity and what she does affects her fans.  Now she has disappointed many of her fans because of her comments.

The Spine-Chilling Details About Lori Vallow: The Cold-Blooded Murderer of Her Children