Maria Victoria Henao: The Life Story of The Wife of A Drug Cartel Owner 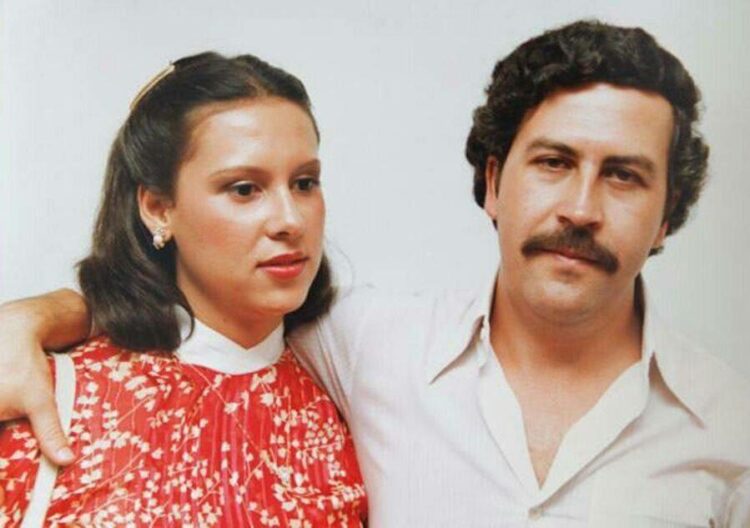 Maria Victoria Henao is famous for marrying Pablo Escobar. People get popularity for both good and negative things. In this case, Pablo Escobar’s job offers the worse name any family could imagine. Maria Henao married Pablo without knowing about his crimes. Pablo owned a drug cartel after a few years of marriage with Maria. Maria did not have any idea that she will be marrying a drug lord.

Maria Victoria Henao was just 12 years when she fell in love with Pablo Escobar. However, she when meeting this 23-year-old man who she thought of him as her prince charming. The age difference between them is unusual. Further, when she met him, Maria describes this man as sweet and affectionate. At this young age, Maria did not imagine that Pablo will run a drug cartel in the future.

The young Maria married this older man at 1979. The family of Maria did not approve of this relationship but Maria was just head over heels. She describes Pablo as a great lover and a compassionate man. Pablo even told Maria about building for poor people which made her love him even more. Maria did keep her promise of staying with her husband till his death. Couple have 2 kids Manuela Escobar and Sebastián Marroquín.

In 1983 Pablo Escobar was killed brutally for his crimes. This story is tougher as Pablo did several crimes such as drug trafficking, murder, violence and affair. However, Maria truly loves Pablo but hates all of his crimes. Let us see more about Maria Victoria Henao and her love story.

The reason why Maria Henao parents did not approve her relationship

Born in 1961 Maria Victoria Henao is from Palmira, Columbia. Maria met Pablo when she was just 12 years of age. Her parents did not trust Pablo as he a son of a watchman lurked around on Vespa near their house. However, Maria thought that Pablo is the love of her life.

She wanted to spend her life with this man who is like her prince charming. Plus, Pablo on his part did everything to earn the love of Maria. He sent gifts, a bicycle and ballads to her. He made Maria feel special that too like a princess.

Courtship and pregnancy at the age of 14

Maria starts to face some confusion at the time of courtship. When her older boyfriend kissed her she became very fearful. Also, as a 12-year-old she did not have any understanding of intimacy. However, as an older man, Pablo did not treat his girlfriend according to her age. He made her pregnant at the age of 14. Moreover, Maria was of young to know the things happening to her. When knowing about Maria’s pregnancy Pablo immediately took her to the hospital to abort the fetus.

When going to the hospital Maria was told that this process would prevent any pregnancies in future. Poor Maria did not know about this forceful abortion but all she experiences is immense pain. Even after this trauma, Pablo Escobar proposes to marry Maia Henao the next year.

For Maria, their wedding night was the most memorable day of her life. That remains good memory for her. 15 years Maria thought that this time would stand still and it will last forever. At the time of marriage, Maria was 15 years and Pablo was more than a decade older than 26.

Growing from petty crimes to a drug lord

Before the marriage to Maria, his husband did only petty crimes. However, after the wedding, he upgrades his crimes. From small crimes this man now starts his huge drug cartel. In the early stages of creating a drug empire, Maria remains clueless about her husband’s business. Moreover, decades after building a drug empire Pablo becomes a kingpin of this cartel.

At that time Pablo began to send drugs almost all over the US. More than 80% of drugs in the country came from his business. At the same time, Maria had to follow the footsteps of a typical housewife. As his wife, she did not have any chance to question him. All she was to do is look after the family. Maria did take care of her husband and children without knowing anything about Pablo’s business.

Soon Maria began to suspect the whereabouts of wealthy sums of money Pablo brings to the house. At first, Maria did not think much but enjoyed all the wealth her family has. She did live a luxurious life with private jets, shows and other expensive things. As her family Maria starts to grow Pablo did much worse things. She did have several affairs.

As a drug lord, he starts to sleep with lots of women. At one point he even builds a bachelor pad at his own house. In this area, he keeps all of his mistresses and engages in a relationship with them. Maria Henao did hear about all these things happening in her house. She spent most of her time crying after knowing about his many affairs. The crimes of Pablo Escobar were unstoppable.

Living in safe houses to survive from enemies

He did more brutal crimes in his life as she away success in his cartel. In 1984 Pablo involves himself in the assassination of Rodrigo a Justice Minister. He even murdered a presidential candidate the next year. After these cases, Maria’s life was in constant danger due to her husband.

The family except for Pablo only lived in safe houses due to the danger from potential enemies. In his last days when Maria and the children wanted to meet Pablo they only went blindfolded by cartel members. In 1993 Pablo told their wife Maria to live in a safe house of government. This suggests that he is ready to surrender to the police.

The death of Love of the life

Maria knew that she will lose Pablo very soon. She was grieving the whole time for leaving her husband behind. In the same year of December Pablo Escobar was shot by the police on his rooftop. After the death of Pablo, Maria did face many difficulties in her life.

She had to take her children to different countries to survive with her children. In 2018, Maria Victoria Henao reveals all the inside details about her life to the media. In this interview, she also asks for forgiveness for her past. She did not have much happiness in her life and she is not involved in the rug cartel with her husband.