Where Are ‘Married at First Sight’ Couples? 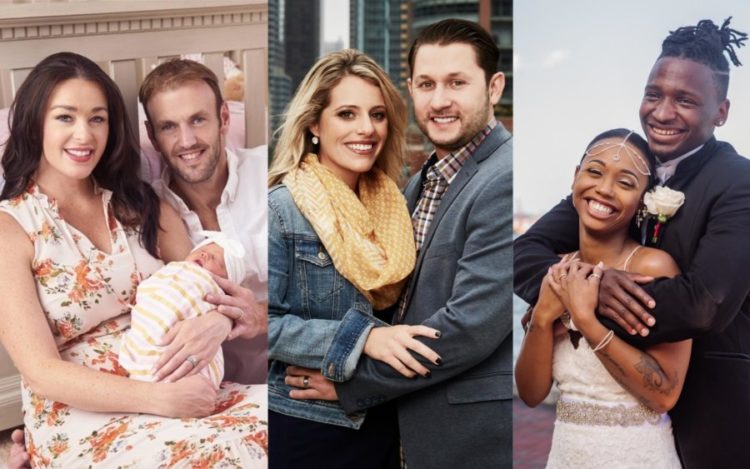 If you are a fan of the American reality tv series Married at First Sight, then you definitely want to know about the couples who are still sticking together. Well, the show is about a group of singles, who agree to marry partners that the relationship experts choose for them. In this show, the singles often meet their mates for the first time on the wedding day. So, it’s really an exciting concept for all the singles out there.

However, is this the right recipe for wedding bliss? Well, people have mixed feelings about it. But fans would like to know that, the series is approaching its 13th season. In fact, eleven couples in total have stayed together by the start of the 13th season. So, in this article, we will check out a few of those couples who are still together.

Here Are How the Married at First Sight Couples Doing

So, first, we have the long-lasting couple from the show’s 1st season. It’s really wonderful how they have found the recipe of love together. Though it wasn’t smooth at the beginning, they found the true love of their life in each other.

They are one of those ‘made for each other Married at First Sight couple’.  Despite initial anxiety, they found bliss in each other. Moreover, they also seem to have a child together as well.

2. Jephte Pierre And Shawniece Jackson From the Season 6

Well, it wasn’t exactly the love at first sight for them. Despite the fact that they tied knots, there wasn’t any spark between them. However, as time went on, they seem to have found attraction for each other. Moreover, Jephte also had a brief moment of panic during the wedding. However, that didn’t stop them to love each other. Moreover, they have also welcomed a baby daughter, Laura in 2018.

Next, we have another Married at First Sight couples still together. In fact, these two obviously had chemistry for each other from the start. However, they also shared a bit of a conflict after an initial phase of attraction. It’s worth mentioning that Aj had a strong personality and therefore he was a bit forceful and adamant. However, that didn’t stop them from forming a wonderful relationship. Now, they spend their time traveling around the world.

In the ‘Married at First Sight’ fifth season, this duo showed an amazing sparkle and formed a bond. Well, not many people from this show stick around after marrying, but this couple seems to have found a special feeling for each other. Though they had a few moments of spat after the honeymoon, it was only monetary. In fact, they have welcomed their new baby daughter Mila Rose in 2019.

Also read: What Are the Best TV Series of Caitriona Balfe?

Next, we have the couple from the sixth season. Even though they had a bit of a tough time getting to know each other, it’s no wonder that they are pretty happy right now. In fact, they also have a baby daughter, Laura Denise Pierre.

Do you remember this couple from the season 7th? Well, even though they had a bit of quarrel back then, they are now together. In fact, they are also quite happy. Moreover, they also have two children.

Next, we have another couple who did stick around after their marriage in the show. It’s also worth mentioning that there was rain on the day of their wedding. According to superstitions, it brings good luck, and boy it did. In season 8, they married and then went for their honeymoon.

However, after that phase, they had a bit of difference in opinion that led them to quarrels. But it’s true that they shared something special for each other, and therefore decided to sort out their differences.

Well, this one probably comes as a surprise to the fans. It’s true that, in season 9, fans didn’t think that the couple would end up together. They had differences in opinion and also had a lot of spat. Therefore, fans thought that it’d be best if they went on to their separate path.

However, the duo went past their bickerings and difference in opinion and formed a wonderful relationship.

These couples are also one of the fans favorites. In fact, they hit it off right from the word go. Moreover, after their marriage, their relationship kept growing stronger and stronger. While they were goofy, they had the right feel for their partner. However, there were a few problems along the way. But it’s true that the duo managed to sort everything out.

In relation, there are times when the problem of communication can become a barrier. Often, it happens to the husbands. However, in this case, it was Deona, who was an introvert and couldn’t express her feelings.

But it has also been a decade since they are together, and it seems that they have found the right recipe together. As for a baby, Deonna said that they require a bit of time before they get there.

So here we have another one of the most known Married at First Sight couples. This quirky duo from this S11 became a fan favorite in no time. So, it’s worth mentioning that they are going strong and currently live in Virginia.

Though it’s true that not everyone could find the love of their life through the show, a few of the couples did find their soulmate. So, fans are really happy for them and wish them the best.