Masiela Lusha: Her Life after The George Lopez Show 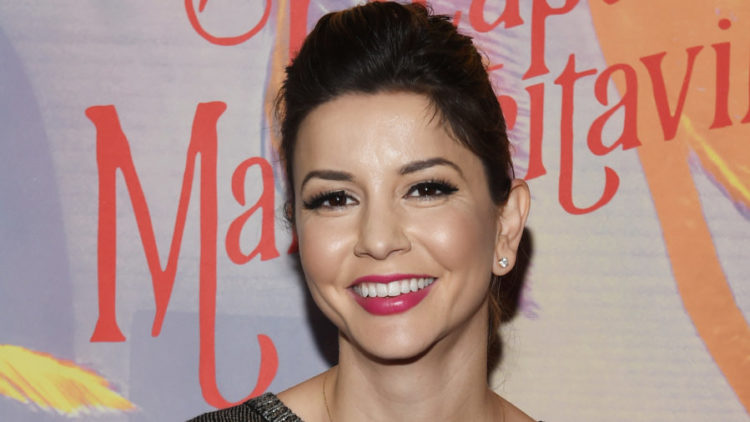 Do you remember The George Lopez Show that aired a decade ago? There are still reruns of the show available on TV. It was a popular show that was televised from 2002 to 2007 on ABC. The main star of the show was George Lopez and his family. He was a popular actor at that time. Also, he was a great comedian. But the show helped an actress to make a name for herself and it is Masiela Lusha. She acted as the teen daughter, Carmen George Lopez in the five seasons of the show. She was in her twenties at that time. But now Lusha is thirty-five years old.

Masiela Lusha has shared about the lovely times she had during the filming of The George Lopez Show. She enjoyed every minute of it. Lusha shared how her co-stars George and Constance Marie taught many important things in her life. She learned work ethics from them. She still remembers those lessons and values them. Here you can find all the details of Masiela Lusha.

In 2001 Masiela Lusha was selected to play Carmen Lopez in the ABC sitcom George Lopez. Then after completing the 120th episode Lusha got established as a veteran actor at age 20. The show won an Emmy award too. But the character of Carmen did not come back for the series final season. Lusha shared that it is a good decision for the character as she has gone to college. Carmen needed a chance to explore the world and learn about the world outside her home.

Even Though Lusha missed the last season she appreciated her journey of playing Carmen in the show. In 2017 she did an interview. In it she shared that it was rewarding as an actor for her to do a role like Carmen. She has a similar talent that her onscreen character also had and that is writing poetry.

The reason for her leaving the show

Masiela Lusha has not revealed who she did not return for the final episode. But there were many reasons spread by the show’s fans of her exit. One of the reasons is that she found the main actor who played George Lopez rude. Many say that she had creative differences from him. But there is no record of such a thing happening.

But in a 2013 interview, Lusha revealed that she did not want to go into the specifics on why she left the show. But she thinks that it was for the best. She said that she watched every episode of the final season and loved it.

After exiting from The George Lopez show Masiela Lusha was part of many series and films. Lusha got the opportunity to act in Law & Order: Criminal Intent as Mira. Also, she appeared in the Spanish language film Muertas in 2008. Then she acted as Saint Agnes in the film Time of the Comet. She acted as a vampire in Blood: The Last Vampire. Further, she played the lead role in Sharknado: The 4th Awakens and Sharknado 5: Global Swarming.

While she had a successful career in the industry Lusha also worked as a humanitarian. She grew up as a refugee so she knew the troubles faced by them. That is why her most important identity is as a humanitarian. In 2010 she became the ambassador of Prince Harry’s charity, Sentebale. Also, she is the spokesperson of Scholastic’s Read for Life. Lusha has founded many non-profit organizations that help women, children, and underprivileged people.

As a poet and author Lusha has written many books and poems for children. She wrote four poetry books from 2005 to 2010. While she was acting in George Lopez she got introduced to children’s literature. She published her book called Drinking the Moon and Boopity Boop Writes Her First Poem. She likes to write poetry because when she was a child her mother read her poetry instead of a lullaby. In 2016 she released her poetry book titled The Living Air. Now she has also written a novel named The Besa.

In 2012 Masiela Lusha started to date financier Ramzi Habibi. They got engaged in 2013. Then they married the same year in Wanaka Peak in Queenstown, New Zealand. In 2018 they had a son.

Masiela Lusha is a woman of great talents. She is a good actor, author, and poet. Her childhood was difficult but she grew up into a wonderful woman.

Also read: When Will Shameless Season 11 Arrive on Netflix?