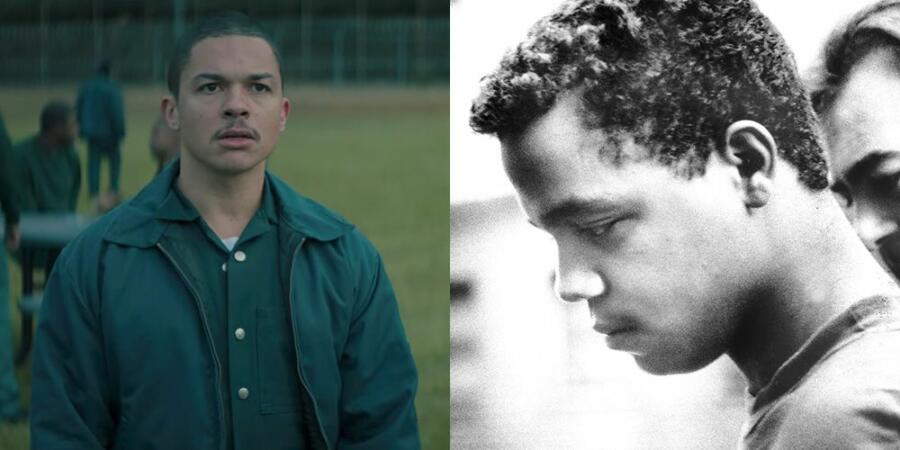 Matias Reyes is the infamous serial rapist who committed brutal crimes in his lifetime. For twelve years, few black teen boys took the blame for the Trisha Meili rape case. 28-year-old Trisha was a banker jogging one morning at Central Park Five. It is one of the most horrible rape crimes in history.

They found the corpse of the victim in the park. After the brutal rape, she went into a coma due to injury. This incident is from 1989. Cops put up a frantic search team to find the criminal. At that time, they did not get the real criminal.

Rather cops end up with black teen boys. This teen group consists of Antron McCray, Yusuf Salaam, Korey Wise, Kevin Richardson, and Raymond Santana. Also, they forcefully make these teens confess that they did the crime.

Due to this, the black teen boys experienced 12 years of prison for a crime they did not commit. Now let us see more about Matias Reyes and how the truth about him came out.

Matias Reyes is a Puerto Rican who grew up in a van. He got a job as a clerk in Harlem. During the day, he does clerk work, and at night, he is a criminal who rapes a woman.

When the black teens were serving 12 years of prison time for a crime they did not commit, Matias thought to confess. The truth about this serial rapist did not come out until his late confession.

When confronting himself with the cops, he shares details on how he raped Trisha Meili. The investigators asked the reason for his sudden confession of his crimes.

In reply to the cops, Matias Reyes thought it was the right thing to do. Taking the blame for his crime did save the black teen group. However, there is no excuse for the horrendous crimes of this serial rapist.

In 1989, Trisha Meili was raped. Around 10 pm, the cops find her corpse beaten to death. Her body was found naked with severe injuries. Fractures in the skull and hypothermia are the causes that lead to blood loss. Due to the rape and injury, the victim soon went into a coma.

During that time, Black teen boys were also present in Central park. That day another incident was taking place where several teenagers were assaulting locals.

In this case, cops arrest Santana and Richard, two boys from a black teen group. Due to the immense pressure of women getting raped in public, cops had to take action. They needed to arrest a potential suspect for the crime.

Due to this, cops make back-to-back arrests when they detain Black teen boys. The cops blackmailed the boys into accepting their crime. Also, they said to save their lives; these boys have to take the blame.

However, these teens did not know who Trisha was or what had happened to her. They were accused of first-degree murder for a crime they did not commit. As a result, the boys who were not guilty were serving 12 years in prison.

Matias Reyes’s disturbing past turned him into a beast

During all the time of black teen boys’ prison time, no one suspected Matias Reyes. Cops did not have any clue about the serial rapist who was lurking freely in the city.

From the early stage, Matias Reyes faced trauma in his life. His mother brought him to New York as an infant. At the age of two, for money, his mother sold him for 400 dollars to his father.

At the age of seven, Matias is himself a victim of molestation. Two boys molested him and threw him into the river. His attorney says that while growing up, he was violent.

Many thought of him as a normal kid, but he was not normal. From the age of 17, he starts doing brutal crimes. It is also the time when he first attempts to rape a woman.

Once, Matias made a 27-year-old woman his target by threatening her with a knife. Also, in 1989 he raped another victim. Two days after this, he makes Trisha, his victim by jogging in the same park with her.

He first beats her up to put her in a convenient position for him to rape. Trish did not have any idea about his attack. The crimes of Matias Ryes did not stop with Trisha. He did more.

Matias Reyes remains low-key after raping Trish Meili. The entire world talked about this rape incident and the criminals. Due to this, Matias did not commit crimes for a few months. However, Ryes starts to molest women after a few months.

His next victim is Lourdes a mother of three. Ryes break into her place to rape her. He locked the room and raped the woman brutally. The sad part is that Lourdes was pregnant at that time. After raping, a wicked man stabbed her in the belly.

Also, the three children of Lourdes heard their mother crying for help. Lourdes passes away due to fatal injuries. Matias Reyes tried to molest another woman named Meg.

However, the victim managed to escape, and the woman caught Matias Reyes. After this, cops did arrest this brutal rapist. However, investigators did not know that he was a serial rapist.

Matias Reyes was only convicted for two rape cases. During his 33 years of prison, Matias met Black Teen boys who were taking the blame for his crime. The Teen Korey Wise also came into a fight with the rapist.

After this confrontation, Matias Reyes thought to confess to Trish Meili’s crime. After the exoneration, the black teen boys did sue New York City for their false charges.

Also, racism and malicious prosecution, and the boys faced emotional distress. For all these factors, they sued and got a compensation of 41 million dollars. On the other hand, Matias Ryes, the serial rapist, is paying the price for his brutal crimes in prison.

Also read: Nicholas Godejohn: Who Committed Brutal Murder for The Sake of Love