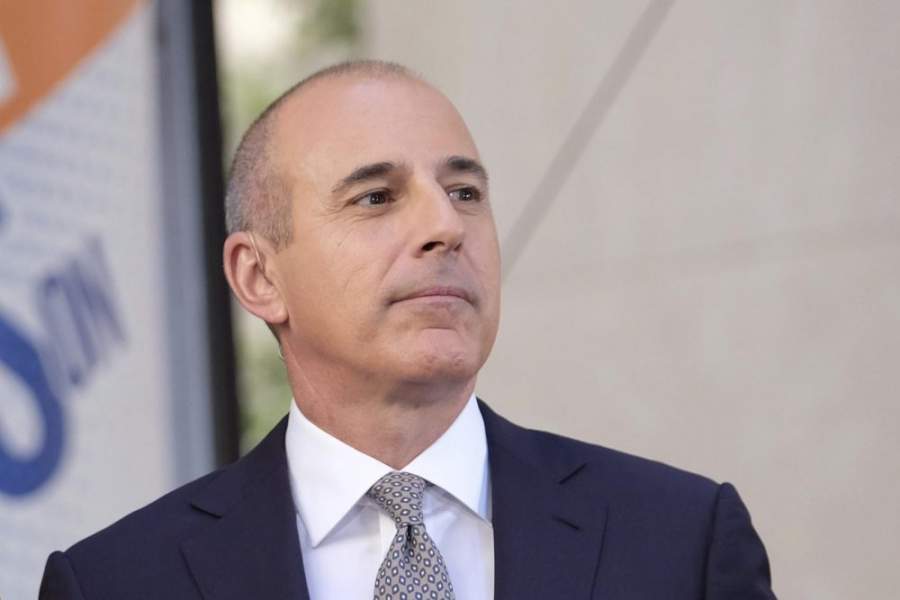 Matt Lauer is a news anchor by profession who worked in popular TV channels. He co-hosted NBC’s “Today show from the year 1997 to 2017. In NBC he also hosted the “Macy’s Thanksgiving Day Parade” and served as the host for the Olympic Games opening ceremonies. To know more about this popular personality, read the information below.

Lauer was born in the city of New York. The name of his mother is Marilyn Lauer who worked as a boutique owner and the name of his father is Jay Robert Lauer who was a bicycle-company executive. His father belonged to Romanian Jewish ancestry and his mother had different ancestry. So he grew up with no particular faith. But he prefers to do something spiritual like getting married and having kids.

At age thirty-nine he got his undergraduate degree from Ohio University. He also did his studies at Scripps College of Communication. Then after his studies, he became the producer of noon newscast for the channel WOWK-TV. Then by 1980, he was the news reporter for the newscasts.

He then went to East Coast hosting lots of daily news and talk programs. Then he worked as a co-host of PM Magazine in many cities. He got the chance to display his talents on national television when he joined Robin Leach and hosted the ABC series “Fame, Fortune, and Romance” with him. But he later came back to work in the local television working in programs in localities such as Philadelphia and Boston. Then he hosted programs such as “9 Broadcast Plaza” in WWOR-TV. The anchor filmed a pilot for the World Wrestling Federation as a co-host for the USA network.

Anchor Lauer joined to work on NBC channel in 1992. He became the co-anchor for the series “Today in New York”. Then after some years, he worked on “Live at Five” the show he co-hosted with Sue Simmons. He stayed on Live TV until 1996. His presence on-camera soon led him to take up many roles in the NBC channel. In June 2007 Lauer got the opportunity to interview Prince William and Prince Harry of England. In 2006 he interviewed presidential candidates such as Donald Trump and Hillary Clinton. He celebrated twenty years of anniversary for his work on “Todays Show” to reminisce his days of hosting it.

Nancy Alspaugh a television producer is the first wife of Lauer. Then he wedded Dutch model Annette Roque after they met on a blind date. They have three kids together. But Roque divorced Lauer stating reasons such as mental abuse, torment anxiety, and several sexual allegations on Lauer. A female NBC employee complained that she was sexually harassed by Lauer during the event of the winter Olympics held in Russia. He also continued harassing her after they returned to the office. These allegations completely destroyed his career when NBC conducted investigations on the allegation and shared that the sexually inappropriate behavior was not an isolated incident.

Matt Lauer received $20 million a year for his work on NBC. He became a rich man hosting many shows and series. His net worth amounts to $70 million. In his career, he hosted many shows, events, and programs. He also was a producer for many programs. The anchor hosted one of the shows in the Discovery channel called The Greatest American and he also appeared in many TV shows and series. He was one of the leading anchors in the TV channels. However, because of many sexual allegations cases filed on him, his career faced a downfall.

Matt Lauer was quickly becoming one of the great anchors of the news channel but because of his inappropriate sexual behaviour, his career and reputation are no more.