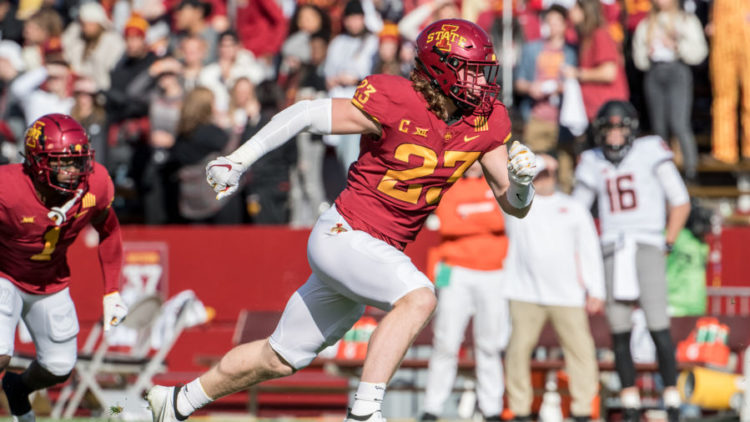 The world of professional sports has but little space for emotion. Therefore, if you are a professional sportsperson, then you have to keep your emotions at bay. However, Mike Rose is pretty famous for all youngsters, right? You might grow up as a die-hard fan of a particular team. But when you step into the shoes of a sportsperson, you might not be a part of your favorite team. This idea holds true also in the NFL, which is a highly professional league.

In the NFL, a rookie has but little to choose when it comes to signing for a team. The case of Mike Rose is an instance to the point.

Mike Rose hails from Brecksville, Ohio. It is a suburb of  Cleveland. Therefore it is natural for him to grow up as a Browns fan. In fact, Rose has been a die-hard Browns fan, even in his college days at ISU. But when he stepped into the NFL, unfortunately for him, Cleveland did not draft him. Therefore, as an undrafted player, he was forced to find a new team for himself. Finally, when the Kansas City Chiefs approached him, he jumped at the opportunity. Later he admitted that he grew up as a Browns fan.

But later, he realized that he cannot pick favorites. He also claimed that he is “super glad” to be a part of the Chiefs. He added, “ I’m just looking forward to doing my thing in minicamp and making the 53.” Click on the link below to hear what Rose had to say during the press conference:

What can be the Mike Rose Effect at the Chiefs?

Mike Rose has been a well-decorated college player. He had been First-Team All-Big 12 winner, twice. Moreover, he also earned Big 12 Defensive Player of the Year honors in 2020. Therefore, it is strange that he went undrafted in the beginning. He has been a stand-out performer for his college team and thus should have caught the attention of the NFL clubs earlier.

However, securing a spot in the playing team at the The Kansas City Chiefs won’t be an easy task for him. The top of the linebacking corps of the Chiefs includes the likes of Nick Bolton, Leo Chanal, and Willy Gay Jr. In addition to them, there are the veterans like Elijah Lee, Jermaine Carter Jr., and Darius Harris.

Thus, if Harris wants to be on the roster, then he has to make a great impression in the minicamp and beyond. Therefore, the job in his hands is a difficult one. But given the quality that the player has, it doesn’t seem to be an unachievable task.

Given the strong lineup the Chiefs possess at present, it seems difficult for Rose to earn an easy breakthrough. However, while speaking about his career, Rose claimed that his recruitment to the college team was not a cakewalk. Even on the college team, he had to earn his spot. Thus, the scenario he faces at the CHiefs will not be something new to him.

But still, in such a professional world of the NFL, action speaks louder than words. Therefore, Rose has to prove his worth in the minicamp. This is the only way for him to make it to the playing team.

Mike Rose had to ditch all his bias for the Browns after he was not drafted by his favorite club and was subsequently picked up by the Chiefs. Now, as a part of an NFL side, his job gets even more difficult. Stepping out of his college team, Rose will again have to prove his worth and thereby earn a place in the playing team. The job is a tough one, as the Chiefs already possess a strong lineup.

But those who know Rose are aware of his talent and his dedication to the game. Also, it might be that he would want to prove to the Browns that apart from being a fan, he was also worthy of their attention.

Also Read: Will Bogaerts Leave Boston Red Sox, As They Struggle For Form?