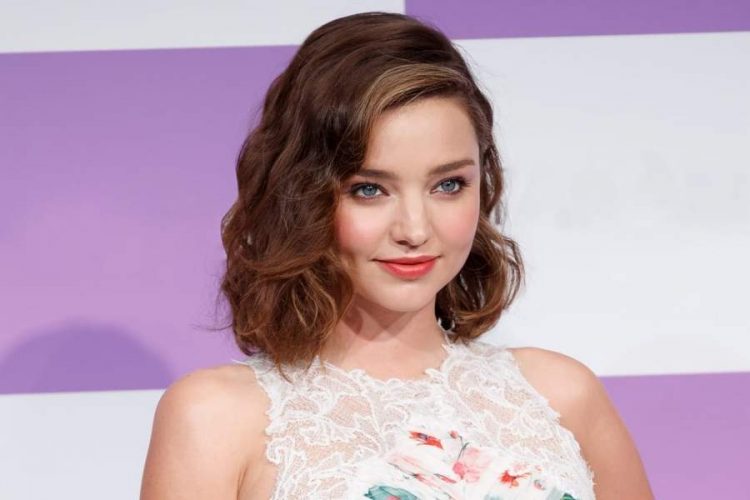 Miranda May Kerr is a popular Australian model who became famous because of her career with Victoria’s Secret. She is also taking part in business ventures partnering with leading brands. Miranda Kerr age is thirty-seven. She is one of the highest-earning models in the world according to Forbes. Kerr always looks youthful and pretty. Her wardrobe options are fantastic and she sets the ramp on fire. She started her career in 1997 and still now one of the leading faces in the industry.

Know all the details about Miranda Kerr here.

Kerr’s birth date is 20 April 1983 and her place of birth is Gunnedah, New South Wales. The names of her parents are Therese and John Kerr. Kerr’s mother got pregnant early and had her when she was seventeen. The model has a brother named Matthew who is two years younger than her. She comes from English ancestry along with Scottish and French.

In her young years, Kerr rode motorbikes and horses. She grew up in the Australian countryside and describes her life being very simple and without any pretension.  Then for her studies, Kerr moved into the city, Brisbane. She completed her education from All Hallows’ School.

When Kerr turned thirteen she won 1997 modelling competition. Then she gained popularity in Australia through beachwear modelling for a brand. She signed with NEXT Model Management and modelled for various brands. In 2006 she appeared in Project Runway.

Also read: 7 Laws of Fashion That Will Make You A Fashion Icon

Kerr became popular when she worked with Maybelline. Then in 2007, she became the first Australian model to make a contract with Victoria Secret in 2007. After that Miranda Kerr Victoria secret made her a popular model. She made a guest appearance in popular TV series How I Met Your Mother. In 2008 she became the face of Clinique Happy fragrance.

In 2014 she became the model for H&M a Swedish clothing brand. Then she worked with top brands like Reebok and Wonderbra. Then she became a part of many fashion campaigns led by leading designers like Riccardo Tisci, Jeremy Scott and more. On 2017 she came in Buick commercial and then appeared in a video campaign of brand Louis Vuitton.

Miranda Kerr makeup is always on point. She has brown hair and blue eyes. Moreover, she is one of the sexiest women in the world. Many people want to know Miranda Kerr skincare routine because it is always naturally flawless.

Kerr dated many famous stars and personalities. In 2007 she dated Orlando Bloom. They got engaged and married in 2010. They have a son Flynn Bloom born on 2011. But the couple got a divorce in 2013. Then she married Evan Spiegel who is a well-known businessman. Miranda Kerr kids with him are Hart and Myles.

The net worth of Miranda Kerr

Miranda Kerr net worth is $60 million. She lives in a large house in Brentwood with her family. The model has done many endorsements with famous brands and worked with leading designers. Her husband is the co-founder of Snapchat and a leading businessman. He is a billionaire.

Miranda Kerr still looks amazing. She can turn heads with her style and attitude. Her name is a big one in the fashion and modeling industry.

Also read: 12 Black-Owned Clothing Brands You Did Not Know About