Motorcycle Stunt Goes Wrong on The Set of Mission Impossible 7: All Details 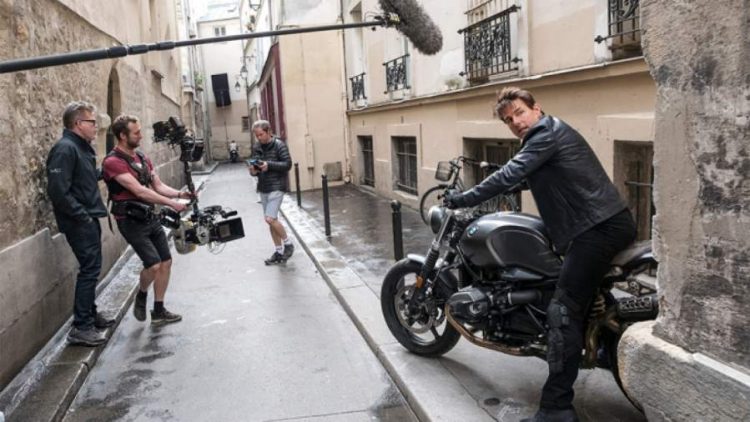 Tom Cruize is aging like fine wine. He is fifty years old now and is still actively doing the stunts in the upcoming Mission Impossible 7 film. This great film franchise is going strong for many years. Same as the previous films he had done some dangerous stunts. Many are wondering how he can pull it off. But like always even if it looks hard the actor completes the stunts successfully. Recently, some inside sources of the film revealed that a particular motorcycle stunt in the film did not go well as planned. Know more about it here.

What went wrong while Motorcycle Stunt?

Mission Impossible 7 film got delayed because of a motorcycle stunt that went wrong.  While doing the stunt scene the motorcycle got exploded. The stunt took six weeks of preparation but the accident led to huge expenses and complications. For making the shooting site risk free Cruize made an abandoned RAF site in Oxfordshire Coronavirus free. Fortunately, nobody got hurt during the scene however a delay was inevitable.

A person inside shared that although nobody got harmed the accident led to huge expenses. Cruize is also frustrated with the delay as the production was already halted a few months back because of the COVID 19 pandemic. The actor is planning to complete the film this September. It is one of the expensive films ever-made in London.

A stunt scene in Poland led to a lot of controversies because the creators thought of making an explosion scene where a railway bridge breaks. But the Government of Poland did not allow the creators for shooting explosion scenes as they deemed it risky. These are some of the setbacks the film experienced.

The release date of the film

The film was actually set to release on June 23, 2021, however, because of the COVID 19 pandemic, the release date changed to November 19, 2021. Last month the film got special permission from the UK government to commence the shooting. Now the creators are also planning to set more scenes in Poland for filming in the future.

What will be the plot of Mission Impossible 7?

The director Christopher McQuarrie revealed that he was able to quickly imagine the idea of the plot in his mind in just eight minutes. Although at the moment we are not aware of the story according to the sources the acting sequences in the film are going to be great. Cruize has done a lot of big stunts in the film for the audience. So it is certainly going to be a great film.

He is one of the skilled agents at IMF who is also the head of some operatives.

He is also one of the IMF agents and close friend of Ethan Hunt.

He is an IMF technical agent and one of the members of Hunt’s group.

She is an agent of MI6 who joins with Hunt’s team on many missions.

She is a lady who has dealings with the black market known by the name white widow.

The film Mission Impossible 7, even though it faced many setbacks will be a great blockbuster when it releases. We can expect a lot of action from agent Ethan Hunt, threats from new villains, and lots more in the upcoming film.