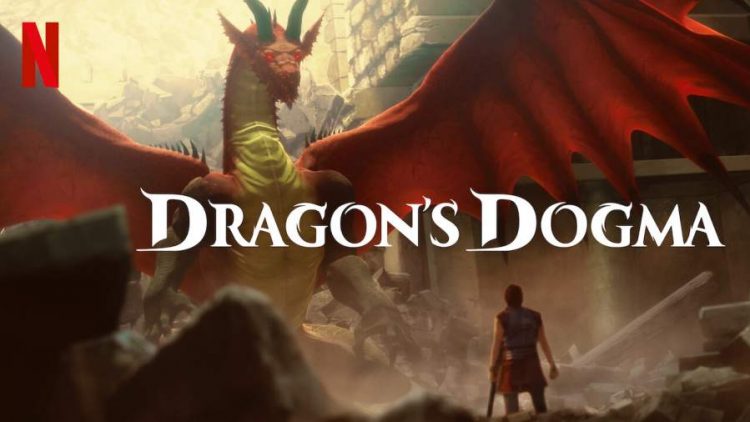 The Dragon’s Dogma anime series is one of the popular upcoming series on Netflix. The streaming service has also revealed the poster for the anime. There is also a trailer released that looks terrific. The anime is actually based on a 2012 game with the same title created by Capcom. Netflix is collaborating with Sublimation, Anima, and David Production to make the series. Many fans of the games are eagerly waiting for it. Hope you are too. To know more continue reading.

The anime series is set to release on September 17, 2020. Many of the elements of the game are present in the anime also so it is going to be really interesting. Stay tuned for the anime. It is a treat for fantasy-lovers.

Netflix first announced about the Dragon’s Dogma anime in 2019. Now it is going to become a reality. The release of the trailer also has increased the anticipation. As there are many interesting details in the game, we do not know if everything covered in the anime. However, the main plot of the game and the characters are present in the anime. The creators have taken care to add all the essential aspects of the game for the sake of the fans. So it is going to be interesting.

The village gets attacked by the Dragons. The protagonist named Ethan tries to kill the dragon however he becomes the Arisen when the dragon takes his heart. He remains alive however he must go on a quest to stop an apocalypse. The Arisen has to create a pawn who will serve him. They exist to fight the dragons. So along with the pawn Hannah, Ethan begins a journey where he will come across many important people and a secret that will change his life forever. There will be a lot of adventure and thrill factor in the series.

Netflix has released a trailer of Dragon’s Dogma and it has caused a stir. The trailer seems lengthy because many amazing details of the series revealed in it. The players of the original game can make out the plot of the Dragon’s Dogma easily if they saw the trailer. There is Ethan in the trailer whose life gets affected by a dragon. Then we can see his pawn Hannah join him in his voyage to defeat the dragons. Then he also faces other dangers other than the dragons.

Ethan looks like a strong and determined man. His pawn Hannah appears to be truthful and loyal. The creators shared a few words along with the trailer that said: “When you fight a monster, you become one too”. These lines reveal to us the crux of the story because Ethan has to change who he is to fight with the dragons that are mysterious. They take the heart of a particular man and put them in a dilemma. The decisions the Arisen takes will affect the people of the world also. Therefore they have to choose between their selfish desires and goodwill for all.

Dragon’s Dogma will be available for the Netflix subscribers on September 17. Do not miss it.