Olivia Jade: Was She Really In The Dark Regarding The College Admission Scandal? 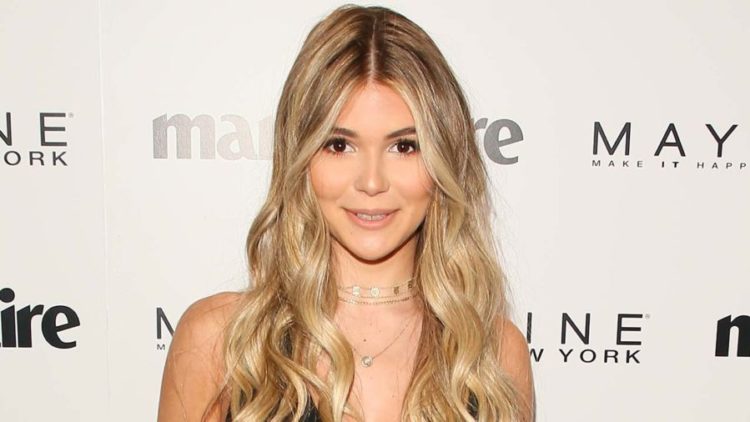 Celebrities getting involved in scandals is not at all something new. However, it attracts special attention when big names like Olivia Jade and her mother become associated. People could never expect that everyone’s favorite Aunt Becky was actually engaged in illegally faking her daughter’s admission to a college. So when the story of “Operation Varsity Blues” broke, people everywhere were stunned to see such famous celebrities’ names. They were involved in the scheme to bankroll getting kids into college.

In fact, names like Felicity Hoffman shocked many, but it was not as much as Lori Loughlin and her husband, Mossimo Giannulli. It was more so because their daughter Olivia Jade became associated with it.

You must all know who Olivia Jade Giannulli is, right? Yes, she has also followed in her mother’s footsteps of fame. So would you like to learn more about the celebrity’s life? Stay with us until the end, as we will share some significant details with you here.

As we discussed above, Olivia Jade has also become a part of the glamorous Hollywood film industry, like her mother. In fact, she has become a huge influencer, amassing 1.3 million Instagram followers currently.

Needless to say, by posting fashion and beauty videos as a teenager, Olivia Jade gained quite the following. Moreover, she built a name for herself that allowed her to work with big brands, including Sephora and Amazon Prime.

So fans followed her journey from her teenage hood to heading off to college. However, all of that came crashing when Olivia Jade’s name suddenly became associated with the college admissions scandal. This severed a huge blow to her personal life as well as her career. She disappeared from the social media platforms for months.

Furthermore, her career as an influencer also suffered a lot. Many brands started dropping her off. Meanwhile, her parents served jail time; however, no one knew what Olivia was studying at school.

What Did Olivia Jade Major In While Studying in The University?

It goes beyond saying that the news of Olivia Jade and her family’s involvement in the college admission scandal spread like fire all over the United States. Everyone at the University of California knew about it. This also included the details of her falsified rowing career as a coxswain in her resume. However, many people did not know what Olivia Jade was studying during her brief time at the institution.

As per the sources, in 2018, Olivia joined USC as a communications major. Well, don’t you think her major subject makes perfect sense with the current profession she currently is in?

She had a lot of experience in the brief time she studied at the University. This helped her a lot in being a brand ambassador for many brands and an influencer. It is pretty natural that you would think that if she really needed to pay her way in. surely her expertise in the subject matter could have helped her create a great resume.

Do You Know Olivia Openly Shared Her College Experience on Her YouTube Channel?

If you are an ardent fan of Olivia Jade, you might want to know how her university days were, right? Well, you need not worry about that as we will let you know all those details. Well, Olivia Jade may have buried the lede on precisely how she got into college, but she definitely openly shared her entire journey on her YouTube channel.

You will be surprised to know that the beauty guru filled her YouTube channel with content that she entirely dedicated to her time at college. It started from getting ready for parties to collaborating with Amazon Prime Student on her dorm room tour.

Needless to say, it’s funny to think how open she was regarding a topic that she now refuses to acknowledge. Moreover, it is surprising to see the videos still up, considering the scandal surrounding her time there. However, we cannot help but wonder if she even knew about her parents’ financial scandal.

So if you are eager to know about her experience at the college, you can check out her YouTube channel. She has quite openly shared her entire experience there.

When Did Olivia Jade Return To The Social Media Platforms?

Many of you might have this question regarding when the celebrity returned to her normal life of lights, camera, and action. As you know, in 2020, Olivia Jade Giannulli made her big return to social media. This was after months of silence. The celebrity returned with a short YouTube video plainly titled “hi again.” However, it didn’t address much aside from saying that she can’t address anything.

In this video, the influencer makes a point to avoid the onslaught of hate comments and questions she receives regarding the topic. However, this address was a candid one. Let us look into further details.

Was Olivia Jade Entirely in The Dark Regarding Her Parents’ Misdeeds?

If you are a fan of reality shows, you must have indeed heard about Jada Pinkett Smith’s “Red Table Talk”, right? Well, it has now grown infamous for addressing scandals with an exclusive insight. Did you know it provided the only complete look at Jordyn Woods’ side of the story behind her affair with Tristan Thompson? Yes, this show is currently one of the most popular shows.

So this is why it was not surprising when Olivia Jade joined Pinkett Smith in an interview. Obviously, she wanted to discuss her role in the college admissions scandal. If you have watched the interview, you will know that Olivia Jade acknowledged herself being the “poster child for the white privilege” and explained how “ashamed” she was.

Now comes the most important question, if Olivia Jade know anything about her parent’s scheme or not? As for whether she was aware of her parent’s actions or not, everyone has their theories. One of the insider sources shared that Olivia Jade “fully knew what her parents did to get her into USC, but didn’t think there was anything wrong with it.”

However, on “Red Table Talk,” Olivia Jade strongly denied this and claimed that she was “not fully aware of what was going on.” However, she did confess that when she found out, she did not see it as a big deal and didn’t understand why people were so upset. she could never imagine that this issue could take a turn in this way. She realized a lot later the seriousness of the matter.

So as we conclude, we can say that Olivia Jade is one of those celebrity kids born with a golden spoon in her mouth. She has never had a deficiency in anything in her life. Therefore, her parents thought it would be right to use their influence to get Olivia admission to USC. However, this only made things worse. We hope they reform their ways in the future.