10 On-Screen Kisses That were Not Planned or Scripted 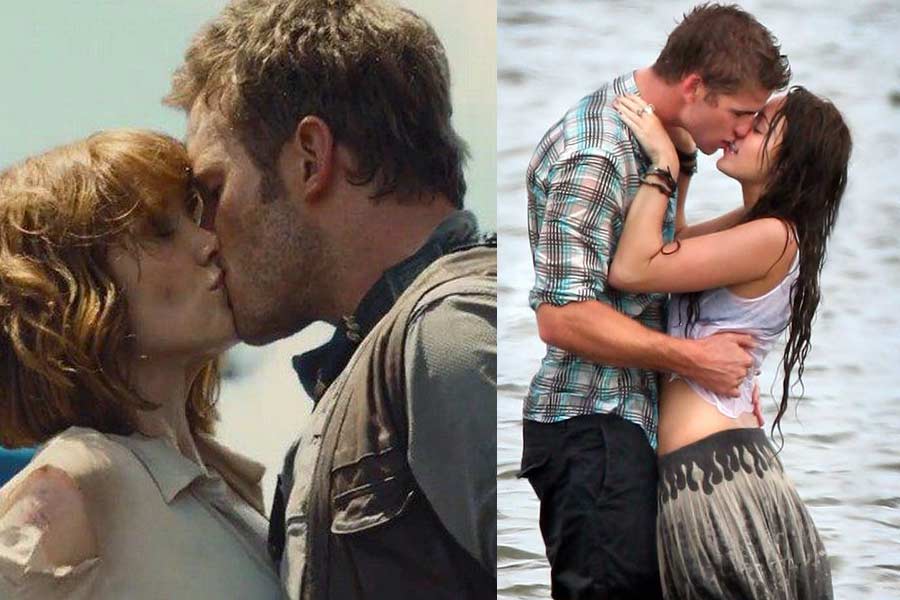 Making a Hollywood movie is difficult. That is why the creators work hard to give audience the best films. Some On-Screen kisses in the films become a hit and get lots of response from the audience. One kind of scenes is the kissing scenes. When the characters in the films express their love for each other through a passionate kiss then it becomes a hit. Do you know that there are on-screen kisses that were not planned? These kissing scenes on the screen happened because of the actors who decided to share a kiss on the spot. Here are the ten on-screen unplanned kissing scenes for you.

On-Screen Kisses that were not Scripted

1. The kiss between Jennifer Lawrence and Amy Adams in The American Hustle

One of the well-known kissing scenes that were not planned is the kiss shared between Jennifer Lawrence and Amy Adams in The American Hustle. The role of Rosalyn played by Lawrence and the role Sydney played by Adams share a brief kiss. This scene was not planned by the director. According to the sources Adams approached Lawrence before the shooting and discussed it with her. Adams later shared that the craziest thing the character Rosalyn could do to Sydney is to plant a kiss on her mouth.

2. Bill Murray and Scarlett Johansson kiss scene in the Lost in Translation

This film is one of the finest masterpieces in Hollywood. But the hot topic that revolved around the film when it released in 2013 was the unplanned kiss between Bill Murray and Scarlett Johansson. At the end of the film, Murray whispers something in Johansson’s ears and gives her a long kiss on the lips. This scene was improvised by Murray himself and not even the director knows what he whispered to Johansson. It is still a mystery and many fans have tried to amplify the sound to know what Murray said.

3. The reunion kiss of Luke Skywalker and Princess Leia in The Star Wars

In Star Wars: Last Jedi the fans got the impressive scene of Luke and Leia. These characters were played by the legends Mark Hamill and Carrie Fisher. In the film, they reunite after thirty-five years and share a touching kissing scene. This scene was improvised by the actors. The fans became very sad because after this film Fisher died unexpectedly. So this scene is forever etched in the hearts of the fans. That is why this is one of the best on-screen kisses that were not planned.

4. The teenager kiss in Teen Wolf

This MTV drama series is very popular amongst teenagers. One of the scenes that impressed the fans is performed by Stiles played by Dylan O’Brien who plants a kiss on the cheek of Lydia played by Holland Roden. According to the creators, this scene was not planned. But anyway this scene became one of the popular scenes on television. So the writers planned to create a separate subplot to develop the romance of these characters.

5. Woody Harrelson and Elizabeth Banks kiss in The Hunger Games

It was unplanned as Harelson impulsively kisses Banks. In an interview, Harelson shared that he has a real crush on Banks as she is a talented, beautiful and funny woman. This made the kissing scene even more popular.

6. The kiss between Chris Pratt and Bryce Dallas Howard in Jurassic World

While filming Jurassic world there was a lot of expectations for the movie. The directors did not add a kiss scene in the movie. But during the filming Pratt suddenly held Howard and gave her a smooch. After the director said cut everybody in the crew cheered. That is why this unplanned kissing scene appeared in the film and it was great. This scene pleased the audience who saw the film.

7. The kiss between Tom Cruise and Emily Blunt in Edge of Tomorrow

As the Edge of Tomorrow is an action film, there was no time for romance between the characters. But at the end of the film, Blunt gives a kiss on Cruise’s lips that surprises him. This was because it was not on the script. Later Blunt revealed that it was added in the script but Cruise was not aware of it. She also told that she gave the kiss as it felt right at that moment.

Many are aware of the romance once shared between the actors Liam Hemsworth and Miley Cyrus. They started a relationship during the filming of The Last Song. What was totally surprising was that they both acted on their feelings when they shared a kiss in one of the scenes. This got added in the film as it was a heartfelt kiss.

9. Steve Carell and Oscar Nunez kiss in The Office

In one of the scenes in The Office, Carrell improvised a scene and made it hilarious by kissing Oscar Nunez on the mouth. He does it to prove to his office colleagues that he is comfortable with homosexuality. But this scene became one of the best scenes in the series.

In the series Glee, the character will be played by Morrison and Emma played by Mays share a kiss. This scene was not planned and it surprised Mays too when Morison kisses her. The reaction she shows in the scene is very real. That is why it became the best romantic scene in Glee.

These are the ten on-screen movies kisses that were not planned by the directors and actors. Some of the overwhelming feelings the actors feel while acting made them initiate a kiss that became famous.

Also read: 18 Sexiest Hollywood Redheads Actresses can Kill You by Their Charm