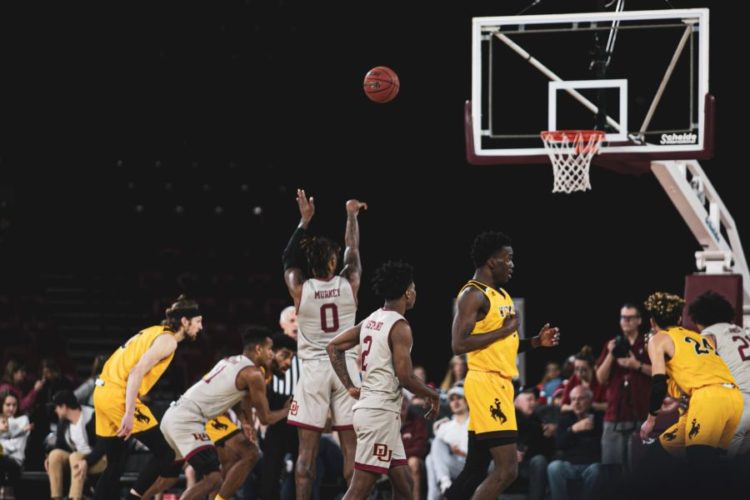 The NBA is the most popular basketball league in the world—at least, for now. Since the league’s formation in 1946, there have been multiple expansions for the sport, from the domestic WNBA for female competitors to the ongoing growth of EuroLeague.

Compared to other global sports, such as association football or golf, basketball’s rise in popularity is astounding—especially considering the sport didn’t evolve organically over time, like the latter examples. It was an invention for wintertime activity from the late 1800s.

So, how did a fledgling sport gain popularity across North America, then make two major leaps in promoting a successful women’s league and intercontinental league in Europe? Though many chalk up the boom in interest to the 1992 US Olympic Men’s Basketball Team (aka ‘The Dream Team’), there are a few other pivotal points, like the accessibility of the sport itself and the NBA’s overall mission.

These aspects helped create a more porous link between the NBA and EuroLeague competitions for male and female athletes, which has created tangible change in both leagues. For example, some of the US’s top sports stars today are recruits from the EU, including Giannis Antetokounmpo of Greece, Nikola Jokic of Serbia, and Luka Doncic of Slovenia.

In fact, Jokic and Antetokounmpo are regularly featured in NBA betting odds that cover the league and have nabbed an NBA MVP accolade. What else do they have in common? They both grew up watching the NBA and first competed in the EU’s professional system before transitioning to North America.

As mentioned above, basketball’s popularity immediately boomed following its official creation in 1891. The sport was ideal for athletes of all ages and skill sets, while all players needed was a ball and a makeshift basket to play. By 1924, the Olympics in Paris had a basketball exhibition.

By 1936, men’s basketball was a part of the Olympics; by 1976, there was a women’s event. In fact, not many basketball fans know that FIBA was established in 1932, a full three and a half decades before the NBA.

However, basketball’s true boom in the EU wouldn’t come until foreign games were broadcast on sports channels. This put the NBA into the homes of millions of EU athletes and caused havoc for local teams, as many scrambled to put an American in their ranks. However, many leagues sought to protect European basketball from American interests… at least, for the time being.

A Question of Resources

Aside from being accessible and finding its footing as a live sport that’s worth watching remotely, basketball has benefitted from the NBA’s fierce international promotion. While FIBA and EuroLeague butted heads, the NBA provided a uniformity that it could easily export abroad—whether in terms of fashion (jerseys, sneakers), film (such as Space Jam), or video games (NBA 2K series).

The NBA’s current commissioner, Adam Silver, has continued this charge. In addition to helping support the WNBA, the NBA has also made huge leaps into VR via its League Pass subscription and recently announced a new branch in Africa under the Basketball Africa League.

Though both the NBA and EuroLeague have a vested interest in promoting the sport, the NBA has spent more hours and resources to expand its fanbase abroad. These efforts stem from a business motivation in addition to a concern for the sport’s legacy, contributing to the league’s over $8 billion in revenue from 2020, according to CNBC.

The EuroLeague, by comparison, has a revenue distribution scheme that allocates league earnings to more teams. Though this changes depending on annual factors, it highlights the different interests of the leagues.

In fact, though some studies show that EuroLeague is gaining popularity, it might not be attractive for players like Jokic and Antetokounmpo to stay on local teams when there’s big money and stronger competitors in the NBA. At least, that’s the case for now. As interest in countries like France and Germany jump, this could change in the coming years as youth academies continue to turn out elite players.