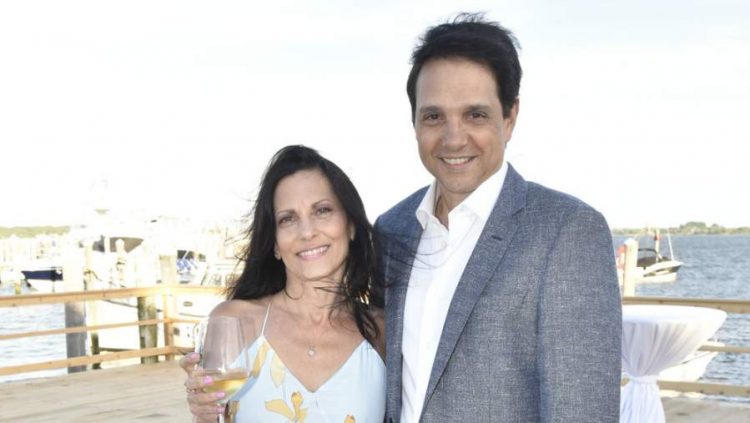 The actor in Cobra Kai, Ralph Macchio has a strong sense of devotion. One can take his relationship with his wife, Phyllis Fierro, as an example. So who is Phyllis Fierro? Phyllis Fierro is a nurse practitioner who has been beside the famous actor as a rock ever since they got married. Moreover, she is a mother of two and continues to work as a proud healthcare practitioner in the field of medicine. The famous actor, Macchio has been with Fierro for over 30 years, and their connection can be seen through the chemistry they exude as a couple. But how did she come to play an important role in the life of the actor? That is what we are about to find out.

Actor Ralph Macchio and his wife, Phyllis Fierro attended the premiere of the ‘Divorce’ at SVA Theater on October 4, 2016, together. Since then people cannot stop talking about how extraordinary their relationship is amidst all the separation stories.

By being 30 years with Ralph Macchio, she has gained trust, adoration, and the likeness of the fan. However, when it comes to revealing the deepest facts and information about her, not much is revealed. Nonetheless, we have managed to garner some important data on her.

What we know about Phyllis Fierro?

When it comes to intricate details about Phyllis Fierro, not many know about it. However, the fact that her birthday is on July 23 is available on many social platforms. Currently, she is 60 and is working in the medical field as a professional nurse practitioner. In this trying time when the world is covered with the pandemic, she fought endlessly in the front-line with infected patients. Her initiative has earned the title of “hero” from her husband.

They are the perfect example of a high school sweetheart. Ralph Macchio and Phyllis met each other when Phyllis was just 15 years old. First encountered in the basement of Macchio’s basement, the couple understood they felt something special about each other. Both celebrated the birthday of his cousin there. The actor revealed that Phyllis was the friend of his cousin and they instantly hit it off at the party. From taking to slow dancing, to smiling to finally being together for 34 years, their love story seems like a fairy tale indeed. After 23 years of meeting each other, they got married.

They married each other on April 5, 1987. In 1992 and 1996, they had two kids, namely Julia Macchio and Daniel Macchio, respectively. On their 25th anniversary, they renewed their vow. In the vow, Ralph claimed that his wife Phyllis Fierro deserves a celebration for what he has put her through over the years.

Furthermore, in one of the interviews with People, the karate kid star revealed much about his long-time marriage with Phyllis. He commented on how unimaginable it would have been had Phyllis not been by his side to maintain him. She was the reason why he could strike a balance between work and personal life. He claims that it is because of their strong foundation that they can remain as a family.

Moreover, he said that he believes that he and his wife will be together through easy and tough times. No matter what hurdles they may face, they will do so together. This strong sense of togetherness has kept them connected through thick and thin.

Currently, the couple is residing in New York and continues to work on strengthening their relationship. Though Phyllis is someone who stays away from the spotlight, she has no problem with a bit of glitz and glamour. Nonetheless, here are five facts about Phyllis that are worth noting.

The zeal and compassion of Phyllis Fierro are inspiring for those who seek to be in a loving relationship with their partner. To know more about their experiences, subscribe to us.