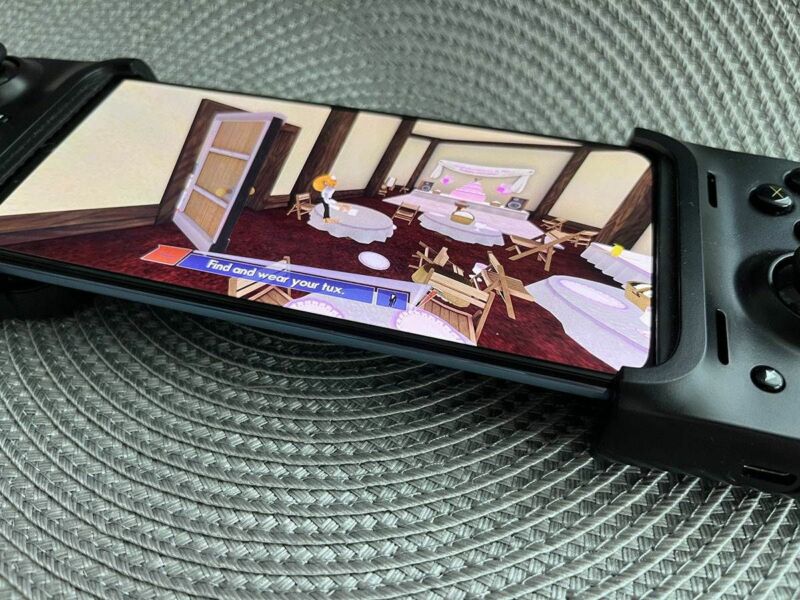 At the current Mobile World Congress in Las Vegas, Razer, Qualcomm, and Verizon unveiled the Razer Edge 5G. It is a new gaming console with an Android interface. Though just get a quick introduction, the device will be publicly launched on October 15 at RazerCon.

As its name suggests, Razer Edge 5G will provide a 5G connection, the first of its kind on a portable gaming console. In addition to its Snapdragon G3X Gen 1 platform, Razer also announced its development kit. It had some resemblance to the Edge 5G last year. The most exclusive factor is that the device will be able to run games without an internet connection.

Since the Razer Edge 5G is an Android gadget, one can anticipate it to operate all the mobile games offered on the Google Play Store. In addition to cloud gaming services and games streamed from your PC or console.

The video shows off the Edge 5G’s design. It has two thumbsticks, a D-pad, and a number of buttons next to the display. It also has multiple adaptable shoulder triggers on the back. Besides the 6.65-inch OLED display, the Razer Edge 5G might also come with active cooling and an Adreno GPU. In comparison to the Snapdragon G3X Gen 1 dev kit console from last year.

It will feature a 1080p webcam for live streaming, as well as support for 4K TVs and monitors, VR headsets, and USB-C.

Razer Edge 5G: A mobile gaming system on the cusp of connectedness

In order to compete with the Steam Deck and the recently released Logitech G Cloud, Razer is reentering the handheld console market. Announcing its 5G-ready Razer Edge 5G during Mobile World Congress in Las Vegas, the Razer Edge 5G stands out among its class. The Android-powered console will not only be able to access cloud gaming services like xCloud and the Logitech G Cloud. Since it has an extremely high bandwidth.

Here one can also play games locally thanks to its internal storage. Consequently, it will feature a Qualcomm Snapdragon G3x chip that can handle 4K external monitors and 144 fps gaming. There are still a lot of unanswered questions, like the cost and the timing of the distribution. Knowing Razer, the price to buy the first portable console capable of 5G will probably be high. But to be sure, the snake brand extends an invitation to its RazerCon, which takes place precisely in the middle of October.

Razer stakes its future on 5G

Immediately after the release of the Snapdragon G3x Gen 1, Razer released a prototype to highlight its advantages. The three-headed snake company can rely on Verizon as a partner in addition to the Qualcomm chip to provide a 5G connection. The latter must provide ideal gaming settings and a way to access cloud gaming without Wi-Fi.

Verizon’s announcement fills in some information, such as the device’s name. It is also possible to play cloud games, console streamed games, and locally downloaded games via 5G.