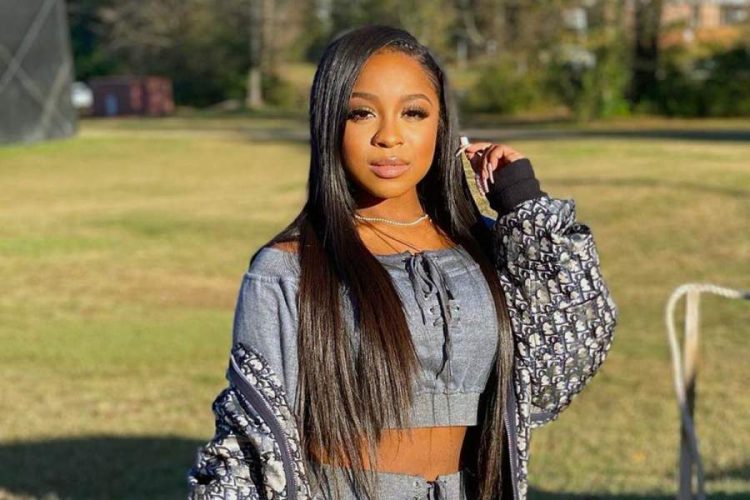 Reginae Carter is a celebrity kid who is the daughter of rapper Lil Wayne and reality television personality Antonia “Toya” Johnson. Carter is a hip hop and R&B artist and well known by the name Baby Carter. Therefore, she is in the limelight for many years. She has appeared in many TV programs too. Reginae Carter age is twenty-two. Carter is a woman who is never afraid to speak her mind. She is fiercely loyal to her family.

Know all the details about Reginae Carter Biography here.

The birth date of Reginae Carter is November 29, 1998, and her birthplace is New Orleans, Louisiana, United States. She is an African American by ethnicity. Reginae Carter father is Dwayne Michael Carter Jr well known as Lil Wayne. He is a famous rapper, entrepreneur and actor. Also, He started his career as a rapper very early in his life. Reginae Carter mom Toya Johnson is a famous star and businesswoman. Carter’s parents were high school sweethearts. Her father was sixteen years old when Toya gave birth to Reginae at fifteen. Then after becoming famous they married in 2004 during Valentine’s Day.

However, they divorced in 2006. Toya found it hard to handle the singing career of Wayne which kept him from home for many days. But they are two are maintaining their friendship and looking after their daughter together.

Then later Reginae’s mother wedded Mickey “Mempitz”. But this relationship also ended in divorce. Then Toya again gave birth to a daughter named Reign with her boyfriend Robert Rushing. Reginae also has step-siblings through her father’s relationships.

Reginae went to Clark Atlanta University for pursuing education but she did not finish her studies. She wanted to make her mother proud by studying well however she found that school is not for her. As Reginae is a celebrity kid she has appeared in many TV shows. She is a good entertainer. She came with her mother in reality shows. Her sixteenth birthday celebrations got featured in the My Super Sweet 16 show in MTV. She was part of the shows like The Carter, Tina and Toya, Growing Up Hip Hop Atlanta, Pride & Prejudice: Atlanta as Lydia and more.

Reginae is an excellent singer like her father. She sang in the band called OMG Girlz. Then with the help of her father, she got the opportunity to sign with record label Young Money Entertainment in 2013. Then she uploaded a video of her song in Youtube Channel in 2014. The title of the song is Mind Going Crazy.

Reginae was in a relationship with two football players Jaquez Sloan and Joshua Brown. But her relationship with Rayshawn Lamar Bennett received a lot of media attention. On 2018 she started to date Lucci. Their relationship did not work out well. Despite their break up Lucci gave 5000 roses to her on her twenty-first birthday. He was the most recent of Reginae Carter boyfriend. As of now, she is single.

The net worth of Reginae Carter

As Reginae has appeared in many television shows and has a singing career of her own she is a rich person. Reginae Carter net worth is $2 million. She has her clothing line and also endorses many products. Moreover, she already has a house of her own and has Ferrari GTO and a red BMW. Reginae Carter is a well know celebrity kid. She has supported her father and mother in their work.