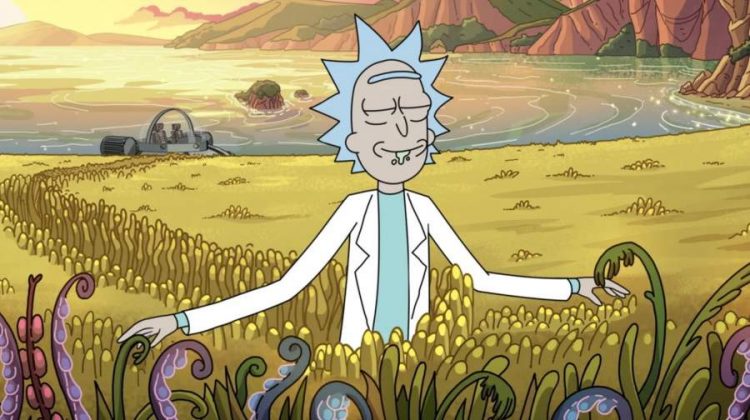 Rick and Morty is a popular science fiction series for adults made by Justin Roiland and Dan Harmon. This is Cartoon Network’s series for the Adult Swim. The story of the series is about the lives of Rick Sanchez who is a mad scientist and his kind-hearted grandson Morty Smith. The creator Roiland himself voices some of the characters in the series. It got a lot of good reviews from the critics for the humour and creativity. The series has run for four seasons and now the fifth season is going to release. Find all the details about Rick and Morty Season 5 release date here.

The release date and Trailer

Season 5 of Rick and Morty got renewed in May 2020. The exact date of release is not yet released however the creators have said that the wait will not be long this time. But because of the COVID 19, season 5 is still in the stages of gradual production. If the production of all episodes gets over it will immediately get released on Adult Swim.

The plot of Rick and Morty

The series is about the Smith family which consists of members such as Jerry and Beth and their kids Summer and Morty. There is Beth’s father Rick Sanchez a mad scientist who is cynical of everyone. They live in Seattle, Washington. But the major part of the adventures in the story gets experienced by Rick and Morty who go on many expeditions. They travel to many dimensions in the flying car created by Rick. They find different versions of each other in the dimensions and sometimes it causes rifts and leads to hilarious events.

The clone story in the series will continue in season 5 also. The Birdman will come back with the new name Phoenixperson. The season will also deal with Summer. She may get depicted as joining a cult or becoming Rick for some time. She is going to become a sociopath as this side of her personality will be interesting. Stay tuned for more events in season 5.

Rick has his own unconventional ideas on marriage, love, school, and other important parts of life. His grandson, on the other hand, is a kind-hearted kid however he is fretful. The boy is naïve however his grandfather is egoistic and flouts convention.

Morty’s sister Summer is a typical teenager who wants to be popular among her friends. She also sometimes goes with her grandfather and brother on adventures. Morty’s mother Beth is a level-headed woman who is a good force on her household. She is also commanding and easily manages her family members. But she is not satisfied with the behaviour of her husband Jerry who is an insecure person. Jerry on the other hand dislikes the influence his father-in-law has on the family.

Richard Sanchez also known as Rick C-137 is one of the main characters in the series. He is a brilliant scientist who is often seen drinking alcohol. He has reckless manners and always tries to flout conventions.

He is a sweet and impressionable boy. He has difficulty in getting good grades in school. But he is a good listener and follows the directions of his grandfather well. Sometimes the boy is spineless however he has shown surprising bold behaviour.

She is the daughter of the Smith family. Summer is a teenage girl who wants to be a popular student in her school. She invests all her time in social media. The girl is also jealous of her brother’s close relationship with her grandfather.

He is an intelligent man of the family who always gets undermined by his father-in-law Rick. The relationship he has with his wife is rocky. He always competes with Rick to get the admiration and respect from the family.

Beth is an ambitious and intelligent woman. She tries too hard to have a good relationship with her husband. She is the breadwinner of the family but is insecure about her profession as a veterinarian. Beth is also dealing with a superiority complex and puts others down to hide her insecurities.

What can we expect in season 5?

The last season ended with the not-so-real Beth. It was confusing but this clone plot will continue with season 5 also. There will also be the coming back of Birdperson with the new name Phoenixperson. He is lying inactive in the garage of Rick. A trailer of season 5 is also getting ready so we may get some clues from that.

Many ideas are available for the creators for the plot of season 5 so we can expect many new things. They will make Summer more evil and narcissistic in a dimension and Jerry more capable. This will make the plot more interesting.

The channel has ordered seventy seasons that will run for unspecified seasons. Therefore we will be able to see more of Rick and Morty in the future. The release date of the series has not yet revealed so we may have to wait for some more time for the details.

Rick and Morty season 5 will be exciting. We will be able to explore more dimensions with Rick and Morty and their other-selves. Rick and Morty is a fantastic series. Get ready to watch the new season soon So stay tuned.