Sam Fox’s Return to the Performance After Lump Removal 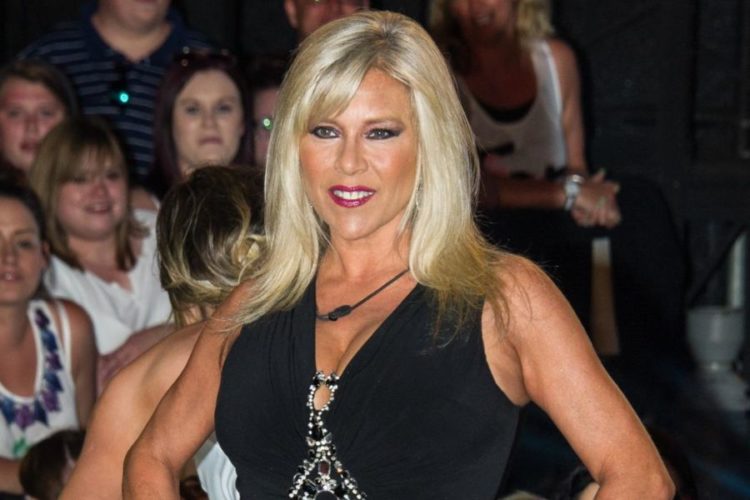 The Touch Me singer, Sam Fox has received the all-clear. After being detected with a growth of 10mm just before her wedding to Linda Oslen. She became extremely terrified. It made her cry a lot.  At the same time also reminded her of losing her former fiancee and manager Myra Stratton to cancer in 2015.

This was because the doctors at first suspected the growth to be cancerous. But after a series of tests, the growth turned out to be a huge vocal polyp.

However, after a series of grief and helplessness, she finally posted on the fan page that she is expecting to have the growth taken out.

The 56-year-old singer Sam Fox recently experienced a throat cancer scare and discovered a growth on her vocal cords; as a result, she will need surgery. She’s now talking about how she felt when she discovered the bump.

The East London native told The Sun, “When I saw the increase on the screen, I thought, Oh God, that’s not natural. “It appeared to be rather large,” she remarks. “You immediately think of throat cancer.”

When the tumor was first detected, Sam Fox and her 48-year-old fiancée, Linda Olsen, burst into tears because “they feared the worst.” As cancer claimed the lives of both Fox’s mother and her ex-partner.

Sam Fox detected a roughly half-inch growth between her vocal cords. She at this point is undergoing surgery to get the lump removed. Fox recalls her doctor telling her about the potential severity of the situation, adding, “‘We have to get that out as quickly as possible.” It could be nothing, but it also could not be.

Therefore, it’s crucial to act on potential growths like this since they could be cancer. Since smoking and excessive consumption of alcohol are the two leading causes of throat cancer.  However, the human papillomavirus can also be to blame (HPV).

In a recent interview, Dr. Ted Teknos, president and scientific director of the Seidman Cancer Center at University Hospitals Cleveland Medical Center, stated, “When I first started training and practicing head and neck surgery, we observed this category of patients who were becoming increasingly common, who were those people who never smoked, were not drinkers and were having head and neck cancer.” And, in the early and mid-1990s of my work, those were rare cases, but year by year, their numbers climbed substantially.”

“What we now know via research is that decade by decade, the incidence of HPV-related head and neck cancer has climbed tremendously,” Dr. Teknos explains. She further explains “If you look at the percentage of patients who developed throat cancer, really, cancer of the tonsils and the base of the tongue, in the ’80s compared to the 2010s, if you will, the rate of HPV-related head and neck cancers has gone up by 300%. So there is no myth. HPV causes throat cancer, and it’s a sexually transmitted disease. And it’s something that is an epidemic in the United States.”

The couple got engaged in March 2020, and Sam commented, “Our wedding was such a lovely day.” But afterward, I was frantic to get into the hospital and get the lump removed. The following week, I underwent an endoscopy to determine whether the medication I was taking had caused it to shrink, but it hadn’t. The doctor then informed me that someone scheduled to be in surgery on Thursday had canceled due to Covid-19, and I asked him, ‘Can I have their appointment?’

“I underwent surgery four days later. In addition to being eager to enter, I was eager to exit.”  Sam Fox was accompanied by both her wife Linda as well as her 76-years-old mother, Carole to the hospital.

Return of Sam Fox After Removal of Lump

After the removal of the lump from her throat Sam Fox feels a sense of relief. She says:  It’s been fantastic since I got the all-clear. Now, I am not worried as I can sleep through the night again after months of having sleepless nights.”

After receiving the good news, she reveals how she has booked her second endoscopy date. This check-up will continue for the following six months.

Now that her voice is recovering slowly, Sam Fox is planning a return to live performance. With dates in Norway, Mexico, and France scheduled for September. She further informs us that a new record coming out in the New Year. She further adds: Next year will be my 40th year in show business. It’s a tremendous achievement, and I can’t believe it.”

However, she informs us about her honeymoon plan with Linda.  She also adds: “ We are searching for romantic getaways for next month at the moment. We don’t just want to lie on a sun-lounger, we want to have a proper adventure together. I can’t believe we have been married for over a month already. And now that I’ve had the all-clear we can put all that worry behind us and focus on the future.”

Initially, Sam Fox got scared by the news of operating the lump. She thought that the surgery might hamper her long-standing singing career. But after the surgery, her voice now seems quite clear. This even motivates her to start the performances all over again.