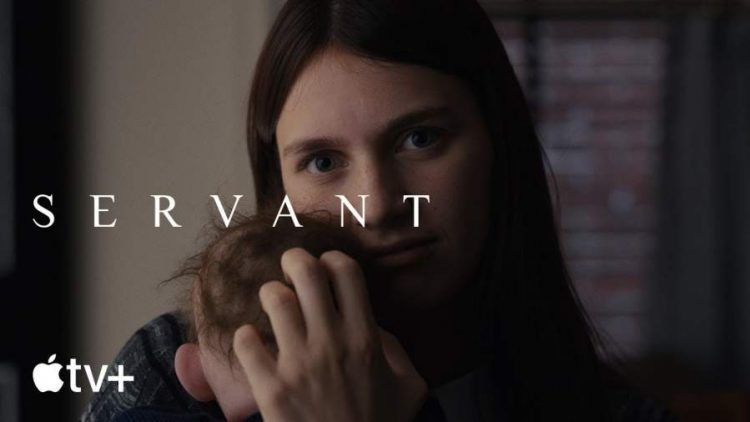 Servant is a psychological horror series created by Tony Basgallop and the producer is M. Night Shyamalan. The series received positive responses from the critics. The first season debuted in Apple TV+ on November 28, 2019. The second season released on January 15, 2021. Now the series has got renewed for the third season therefore many are eagerly waiting for it. Know all the details about the series here.

When will Servant season 3 release?

Apple TV+ has ordered Servant season 3 and now the series is in the making. Only the renewal status of the series is available now. We have to wait for some more time for the release date of season 3 to release. We can expect the season 3 to take a chilling turn like season 2. We can assume the new season to release at the year-end or in 2022.

What is the plotline of Servant?

The story begins with a couple named Dorothy and Sean Turner hiring a nanny to look after their reborn doll Jericho. Because of the loss of her thirteen-week old son Jericho, Dorothy experienced catatonic shock. So to get her out of it her therapist asks Sean to make a reborn doll of their baby. Therefore Dorothy thinks that it is her real baby Jericho and is unaware that he is no more. The nanny who looks after the doll is an eighteen-year-old girl named Leanne.

Many mysterious things start to happen after the arrival of Leanne. The doll becomes a real baby and Sean suffers injuries in his body. Similarly, many mysterious relatives of Leanne arrive to take her back.

What happened in Servant Season 2?

The main characters will return to play their respective roles. Lauren Ambrose will return as Dorothy Turner who is a local television news reporter and a mother grieving for the death of her son. Toby Kebbell will act as Sean Turner who is a stay-at-home consulting chef. He is the husband of Dorothy and a grieving father. Nell Tiger Free will come back to play as Leanne Grayson who is a mysterious eighteen-year-old girl. She comes to work for the Turners as a nanny.

Rupert Grint will return as Julian Pearce who is the brother of Dorothy who knows about the dead baby. Servant is a mystery as well as a supernatural thriller. The story line is intense and deep so stay tuned for season 3.