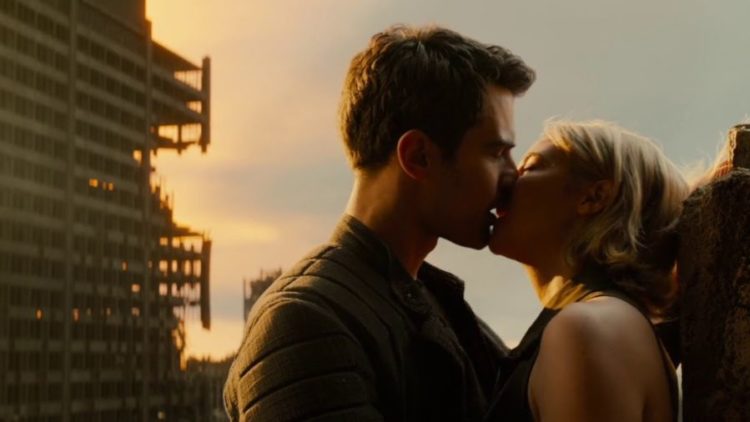 It’s gossip o’clock about Shailene Woodley & Theo James! That’s right, now we all will stop dead in our tracks just to know everything about the hotshot actor. In fact, as per our sources, we are not the only ones who drool over this hottie. There’s a whole world of actresses too. Why shouldn’t we be? Firstly, that man is an amazing actor. Secondly, we are still living as a faction of the Divergent series. Thirdly, we can’t get over how handsome he is. But what’s this gossip we are hearing about Shailene Woodly showering praises on his kissing skills? We want to know more. We have seen the duo in the Divergent series.

Although Theo James gave the reporters a witty quip on her statement, we all know that Woodly must be right. To know more keep reading our blog.

But let’s first know some things about the actors.

Sneak Peek Into The Duo’s Life And Career

Who is Theo James?

Theodore Peter James Kinnaird Taptiklis. Yeah, we are happy with calling him, Theo James. We the fans already know that he was born on December 16, 1984. Besides, we all have gone gaga by his performance in the Divergent series. We know that in the films his name was Tobias ‘Four’ Eaton.

Furthermore, we will know about some of his famous works. They are the horror films Underworld: Awakening, and Underworld: Bloody wars. In addition, we can see him in action films like How it ends. We have also prided over his phenomenal display of skills in the science fiction Archive.

Apart from this, we see that he has done wonders in the crime drama series Golden boy. Also, we find him showering his lover’s angle in The time traveler’s wife. We Theo James fans know that he was born in Wycombe England. Although he was the youngest of the 5 children, Theo was an average student. Let us take a quick peek into his awards and honors.

Besides, we can also see that he was nominated for the Young Hollywood Award for Fan Favourite Actor- Male. And then comes his iconic win in Teen Choice Awards for Choice Movie Liplock( with Shailene Woodley).

Who is Shailene Woodley?

Shailene Diann Woodley (Shailene Woodley) was born on November 15 1991. We all know that she is an amazing American actress. As her fans, we know that she was raised in Simi Valley but born in San Bernardino California. Furthermore, We come to know that she started modeling at the age of four and started acting in other small television roles.

However, we all know that she first gained prominence for her starring role in Amy Juergens, an ABC drama series.

Let us look at some of her famous works. The secret life of an American teenager, We know that The spectacular, Now and The Fault in Our Stars. Besides, we all know that Shailene Woodley is also an environmental activist. She also serves as a brand member of the political action committee Our Revolution.

Although we all know that Theo James is married to Ruth Kearney in 2018 we are all skeptical. About his relationship with Shailene Woodley.

Furthermore, we can doubt them more because of their super sizzling chemistry in the Divergent movies from 2014 to 2016. Because characters Beatrice Tris Prior and Tobias Four Eaton were in a romantic relationship we all assumed this. Besides, their natural chemistry also made us wonder what is going on. The pair has maintained a strong friendship since then.

The Duo’s Iconic Liplock In Divergent

We have all seen Shailene Woodley and Theo James have always praised each other. In fact, we see that he appreciates Woodley’s idea to be very candid about their offset stories. At the same time, Shailene Woodley has appreciated the English actor’s intelligence and commitment to his work.

“He’s an incredibly masculine man with a soulful heart. And he was a great kisser”. We hear Shailene Woodley saying this to the PEOPLE. In addition, we see that she has stated that he is a fun and lively person she can hang out with.

What has Theo James Got To Say To This Compliment?

” Well good! Cool. Nice. Good work, Shai! I paid her money to say that. Not much, though.” We all see that this is what  Theo James quips at Elle. Furthermore, we hear that he goes on to say very serious things about how Shailene Woodley is a trustworthy and always-go- person. Also, we find that he explains that his actions with Shailene came very naturally. “She is a great person to have as my friend”, we can hear that he is complimenting her.

She’s a very open and fun person and that always helps.

“Especially if you have a bit of natural chemistry, inevitably, it will make the scene better. And we definitely had good chemistry from the start, which is something you always hope for. Whenever you get stuck in a love story for the next however long…and you do things together to bond. You make the effort, you really do, because it does make things feel so much easier in the end. I have respected how she always shows so much definition in her work. It inspires the people around her to give their best, always.”

Furthermore, we hear that Theo James and Shailene Woodley had to kiss multiple times to get the perfect shot.

“We actually shot that a second time because the first time it didn’t feel quite right. We wanted to honor it in a way that it earned. Besides, it’s quite a functional, tough, intricate, complex relationship. So when they eventually kiss, I hope it’s earned.”

We are now very sure why Woodley could speak so much about the kiss (wink wink!)

It always feels so good when we see our favorite stars sharing a bond of friendship with each other. However, that is a very rare sight to see. We hope that Woodley and Theo James maintain this amity forever.

Also Read: Carrie Fisher Or Harrison Ford: Who Has A Greater Net Worth?