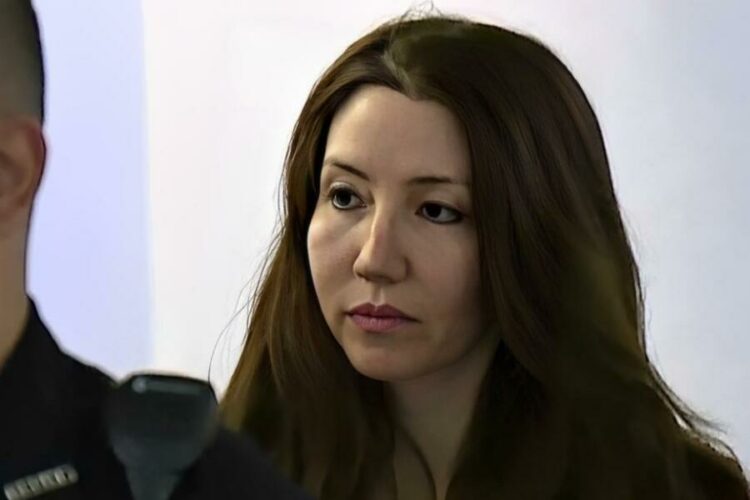 It started with a frantic 911 call on July 15, 2017, long before local authorities heard the name of internet conspiracy theory guru Sherry Shriner. “My partner had a gun,” the woman on the other end of the line explained. “He said to hold it here and pull the trigger.” Oh my God, he’s no longer alive.”

Officers arrived at 32-year-old Steven Mineo’s Coolbaugh Township studio apartment to discover him dead on the floor with a gunshot wound on his forehead. Barbara Rogers, Mineo’s 42-year-old lover, shot him in the head and said that Mineo wanted to die because an internet cult had wrecked his life.

The pair had been devotees of Sherry Shriner, who began spreading conspiracy claims about an alien-reptile cult online in the 2000s. She began with a Facebook page but quickly expanded to many websites, a radio station, and over 20,000 YouTube subscribers, all dedicated to exposing “shapeshifting” politicians.

“People call me a phony prophet,” Shriner explained. “Out of every four persons, just one is genuine… we have reached critical mass.”

Mineo was not the first to commit suicide due to Shriner’s brainwashing, as shown in the six-part VICE documentary series The Devil You Know. For years, the self-proclaimed “Messenger of the Highest God” had misled her followers into believing in evil reptilians – and even turned them against one another.

Sherry J. Shriner was born in 1965 in Cleveland, Ohio. The self-made conspiracy theorist attended Kent State University in 1970 when the National Guard shot and murdered four unarmed students protesting the Vietnam War. In 1990, she earned a bachelor’s degree in journalism, political science, and criminal justice.

Shriner finally accepted the concept of a New World Order. According to the conspiracy theory, everyone from Queen Elizabeth II to Barack Obama is shapeshifting lizards whose extraterrestrial rulers are hellbent on world dominance and have placed them in authority to build a “one-world government.”

Shriner gained a big audience for her strange beliefs on YouTube and Facebook. In addition to a slew of self-published e-books and YouTube videos, the self-described “Servant, Prophet, Ambassador, Daughter, and Messenger of the Highest God” established more than ten websites, including TheWatcherFiles.Com and OrgoneBlaster.Com, which attracted thousands of gullible followers.

“We’ve seen it on a vast scale,” Shriner remarked in 2016. “Celebrities, newscasters, and even folks in ads.” 90% of everyone you see on TV is a clone or a synthetic robotoid.”

Kelly Pingilley, one of her followers, was persuaded by Shriner at 19 to forego college to work as a transcriber for her “Aliens in the News” radio show. Pingilley was taught that the one real God was “Yahuah,” he regularly traveled to New York to oppose the New World Order.

Pingilley died on December 28, 2012, following an overdose of 30 sleeping pills while wearing an orgone necklace. Shriner stated that orgone, a pseudoscientific chemical, could fight clones and “synthetic robotoids.” Shriner sold reproductions of Pingilley’s chain online after her death.

Pingilley, according to Barbara Rogers Shriner, was slain by a “NATO killing squad” for believing in Yahuah. She advised her followers to be watchful in the struggle against global dominance. Steven Mineo was still on board then but quickly grew tragically disillusioned with Shriners.

Steven Mineo and Barbara Rogers were happy members of Sherry Shriner’s online following until Rogers posted a frivolous Facebook post about eating raw meat. Shriner began branding her as monstrous. “Only certain individuals prefer raw meat because they crave blood,” Shriner explained. “Those who have the vampire demon within them.”

Mineo became concerned that Shriner was a fake and posted five films attempting to expose her between May 29 and July 1, 2017. Shriner and her supporters effectively expelled the pair and continued to refer to Rogers as a “Vampire Witch Reptilian Super Soldier.”

Mineo and Rogers went to a nearby pub on July 15, 2017, and drank until 2 a.m. before going to his residence in Tobyhanna. He led Rogers out back into the woods to discharge his pistol. He begged her to shoot him in the head when they returned inside.

At 2:25 a.m., he contacted the Pocono Mountain Regional Police, and authorities discovered a.45-caliber Glock near Mineo’s body and a hole in his forehead. Rogers was arrested and transferred to the Monroe County prison, where she said Mineo had forced her to fire the trigger.

In detention, Rogers provided contradicting claims. She confirmed shooting Mineo at his request but said she had no idea she loaded the rifle. She was given a guilty plea agreement for third-degree murder, which carried a penalty of 10 to 15 years in prison, but she declined.

Meanwhile, Sherry Shriner said on social media that Rogers “morphed her gigantic fangs out” and exhibited her monstrous form before murdering Mineo. Mineo, she says, “hated me because I told him she was going to destroy him, and she did.” He couldn’t believe she’d do something like that.”

Sherry Shriner reacted to Mineo’s death in the same way she had to Pingilley’s years previously. She pushed her fans to give to the cause, selling orgone for up to $288 and initiating GoFundMe campaigns and profited until her death by natural reasons months after Mineo’s death.

Rogers was tried in March 2019 and found guilty of third-degree murder on June 10. She was sentenced to 15 to 40 years in jail after admitting that she “was not in control of the circumstances that occurred.” At that moment, I was not the dominant party.”

“Astonishingly, someone could put a pistol to someone’s head, practically blow their brains out, and a jury finds them guilty of third-degree murder rather than first?” Jackie Mineo, Mineo’s aunt, stated. “She received a reprieve. Today was an important day for her.”

Today, all that remains are a slew of believers grappling with the expense of believing in Shriner for years. Countless internet remarks lamented her loss and wished her well. Others, mainly Steven Mineo and Kelly Pingilley, hope that self-taught sleuths become more discriminating in the future.

“You’d think she’d lose fans every time one of her predictions didn’t come true, but that doesn’t appear to be the case,” Kelly’s brother Nate Pingilley said. “If I had to encourage them, I would urge them to look around: the world isn’t coming to an end.”

Also read: Unmask Some of The Shocking Details of The Infamous Lululemon Murder Case