5 Signs of Lung Cancer in Women 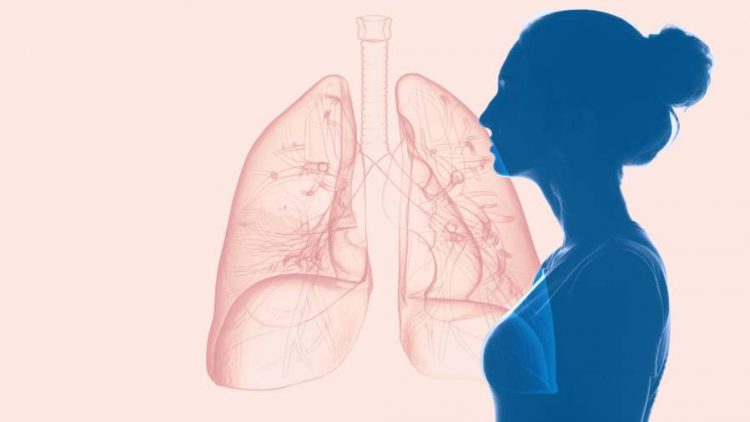 Males and females have common symptoms, and comorbidities for lung cancer, but the rates are different. Without including skin cancer, lung cancer is the second most prevalent cancer in both men and women. It is the principal cause of death associated with cancer for both sexes. Over the past 41 years, the prevalence of lung cancer decreased by 35% in males, but in females it increased by 87%. In this article we examine the indications, risks and signs of lung cancer in women.

Signs of Lung Cancer in Women

It’s common to believe that if you’ve never smoked cigarettes, you’re safe from lung cancer. That’s not entirely true, unfortunately: Non-smokers are currently somewhere between 5 and 15 percent of all people living with lung cancer. Perhaps more concerning is the fact that lung cancer is the leading cancer killer in women, affecting more women than bowel, breast, and ovarian cancer combined.

Whether you smoke daily or have never touched a cigarette, be aware of the following symptoms. While all of them may not be linked to cancer, it’s still wise to be safe and discuss them with the doctor.

1. Cough That Doesn’t Go Away

If you’ve been coughing for months and thinking everything’s perfect, it’s time to get checked out. Your doctor would almost certainly order examinations, such as chest CT scans or x-rays.

Coughing is a protective mechanism that the body uses to keep particles out of your airways and lungs. One of the most common signs of lung cancer is a persistent cough that worsens into a prolonged cough. Consult the doctor right away if you cough up blood or spit/phlegm, which looks rusty.

2. Infections Such As Bronchitis Or Pneumonia

Recurrent chest infections, such as bronchitis or persistent pneumonia, can show that a tumor or lesion is obstructing your airway.

Where there is a blockage, circulation is limited, and mucus secretions may get trapped, allowing infections to recur. Speak with the doctor if you cannot recover from lung infections or if you have pneumonia regularly.

Chronic bronchitis or emphysema that doesn’t go away or its return may be a symptom of lung cancer, and studies show that the two conditions are related. If you have bronchitis or pneumonia symptoms, such as coughing, breathlessness, mild fever and chills, or chest pain, see the doctor as soon as possible.

Have you recently lost weight for no apparent reason? Unexpected weight loss is one of the earliest symptoms of cancer, particularly lung cancer. This may be because cancer cells divert energy from food away from natural metabolic pathways and into uncontrolled cell formation. If you’ve lost over 10 pounds without attempting to lose weight, see the doctor right away.

Weight loss that isn’t explained is always a warning sign, particularly when it comes to cancer. The infection consumes all the nutrients that the body should consume, and it also produces hormones that cause paraneoplastic syndrome, a cancer-related illness that can cause symptoms such as weight loss.

4. Pain In The Bones

Have you been suffering from unexplained aches and pains? It’s difficult to tell the difference between bone and muscle pain, so pay attention if your pain worsens as you walk, sleep, or lie on your back. Lung cancer causes inflammation in the head, shoulders, and neck less often. Metastasis into the bones, especially the pelvis, upper bones and spines of the arms and legs, can cause bone pain because of lung cancer.

You may have a deep ache in your bones or joints if lung cancer spreads to other organs in your body. The hips and back are typical places of soreness.

5. Pain In The Chest

If you have chest pain, it may be a sign of a blockage in the lungs caused by cancers, swollen lymph nodes, or fluid accumulation. Keep track of when the chest pressure gets worse as you inhale heavily, cough, or laugh. Keep an eye out for sharp, dull, chronic, or sporadic pain. When you have chest pressure that gets worse as you breathe heavily, cough, or chuckle, see the doctor.

Is It Possible For Nonsmokers To Develop Lung Cancer?

Yes, really. Lung cancer is most often caused by smoking. Lung cancer will also strike people who may have never smoked or who might have never been exposed to secondhand smoke for an extended period. Such dangers include radon, asbestos, and other contaminants in the atmosphere. Nonsmokers make up approximately 12% of lung cancer patients, and they are more likely to have mutations that can be controlled with selective therapies.

How Does Smoking Cause Lung Cancer?

Smoking, according to doctors, induces lung cancer by harming the cells lining the lungs. When you inhale tobacco smoke, which is high in carcinogens, changes in lung tissue occur nearly instantly.

Your body may be able to heal the damage at first. However, the natural cells that line the lungs get gradually weakened with each exposure. The harm causes cells to behave abnormally over time, and cancer may grow as a result.

How Can Lung Cancer Be Diagnosed?

Obtaining photographs of the lungs using CT or CAT, MRI, or PET scans is typically the first step in diagnosing lung cancer. If the photographs from these scans cause the doctor worry, the next move is to take a tissue sample from inside the lungs. A biopsy is the medical term for this operation. If cancer is discovered in the tissue, genetic screening will also assist doctors in determining the stage of the cancer and the appropriate management strategy.

What Are The Options For Lung Cancer Treatment?

Treatment for any cancer is determined by a variety of factors, including the form of cancer and its stage. The following treatments may be used individually or in combination:

What Are The Lung Cancer Rates?

According to National Institutes of Health statistics from 2011 to 2013, some 6.5 percent of males and females will be infected with lung or bronchus cancer at some stage in their lives.

Is It Possible for Lung Cancer to Go Away on Its Own?

Cancer seldom goes away without surgery; in nearly all cases, treatment is done to kill the cancer cells. This is due to the fact that cancer cells do not behave in the same way that healthy cells do.

Cancer cells expand constantly and can split out to migrate to other areas of the body, while normal cells can stop developing and die if they become displaced. As a result, if lung cancer is not treated, the tumor will continue to develop and expand across the body.

Although women are less likely than men to develop lung cancer, the difference is narrowing. The risks of smoking can have a greater impact on women. Furthermore, such hormonal causes have the ability to exacerbate and accelerate cancer development.

More time, study, and medical advances can help to explain the sex-related disparities in lung cancer. Every day, more therapies are being researched to address the disease’s overall outcome.

Discuss your personal circumstances and signs with your doctor.

Heart Failure: Know The Risks Before it Strikes