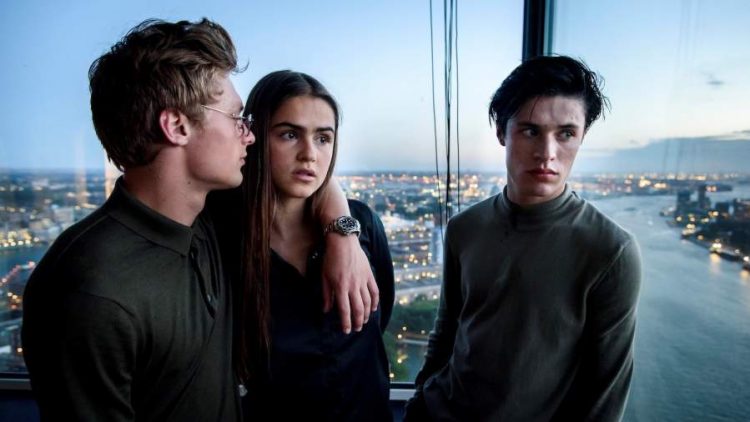 Silk Road is an upcoming American thriller film. The director of the film is Tiller Russell and it will get distributed by Lionsgate. Many great stars have got roped in for the roles. The principal photography of the film started in June 2019 in Albuquerque, NM. The series is about the creation of a dark website and its founder based on “Dead End on Silk Road” by David Kushner. It is about a true incident of Silk Road founder and now a convict Ross Ulbricht’s downfall. Know all the details about this interesting film here.

When is the Silk Road film going to release?

Silk Road is going to get released on February 19, 2021. Many are eagerly waiting for it. The trailer of the film also has released. You can check it out. The film will be for 112 minutes. It will keep the audience totally riveted because of the thrilling plotline.

What is the plotline of Silk Road movie?

The film will detail the capture of Ross William Ulbricht. He created and operated the darknet market website known as the Silk Road starting from 2011. On 2013 he got arrested by the authorities. The dark site sold narcotics and used Tor for anonymity and bitcoin as a currency. Furthermore, Ulbricht used the online pseudonym “Dread Pirate Roberts” which was the fictional character of the novel The Princess Bride.

After his arrest, he got convicted of money laundering, computer hacking and more on 2015. He also received a double life sentence plus forty years without any parole. Then he appealed to the U.S. Court of Appeals for the Second Circuit in 2017 but it was unsuccessful. Now he is currently incarcerated in the United States Penitentiary in Tucson. He is thirty-six years old now and is from Austin, Texas, U.S.

How was Ulbricht captured?

The film will showcase the criminal activities of the convict and the authorities who were on a trail for him. On October 2013 Ulbricht got arrested by the FBI agents who found out that he was the mastermind behind the site. The two agents who captured him acted as quarrelling lovers so that he would not delete the files. After distracting him another agent grabbed the laptop and gave it to the agent named Thomas Kiernan. Then Kiernan inserted the flash drive in the laptop that copied all the files for evidence.

Already several documentaries have got made about the Silk Road and Ulbricht. But this film is a much-awaited one because it will showcase more details about Ulbricht’s operations and the FBI’s hunt.

Jason Clarke is going to play as Richard “Rick” Bowden an FBI agent nicknamed the Jurassic Narc. Nick Robinson is going to act as Ross Ulbricht. The other actors who are going to be part of the film are Alexandra Shipp, Jimmi Simpson, Paul Walter Hauser, Darrell Britt-Gibson and more.

Silk Road will be a great movie for the audience who love to watch crime thrillers. Each moment in the film will make you sweat as the FBI makes plans to catch the mastermind behind the dark site.