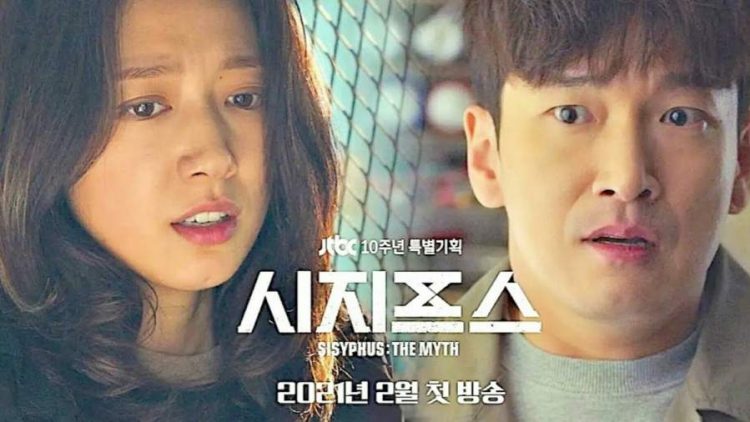 Sisyphus: The Myth is an upcoming South Korean series that is going to release soon. The trailer of the series is out and showed us the glimpse of the story. This series gets labelled as “JTBC’s 10th Anniversary Special Drama”. Moreover, the series has a fantasy and mystery genre. Its filming began in May 2020 and ended in early December. You can find out all the information about the new series here.

When is the release date of Sisyphus the Myth set?

The release date of the series set on February 17, 2021, and will be available on JTBC and Netflix. It is going to have sixteen episodes and each episode will be sixty minutes in length. Stay tuned for it.

What did the trailer of the Sisyphus the Myth reveal?

The first trailer of the series got released a few days before and it showed the relationship between two main characters. There were also a lot of action sequences in it. Furthermore, there were also little details regarding the plot revealed. We got introduced to the main character brilliant engineer Han Tae Sool who is working with a mysterious technology. Then suddenly a plane is about to crash. Therefore, the engineer tries to save the aircraft and the people. The trailer ends with the engineer and his partner promising to save the world from a catastrophe.

A second teaser of the series also released that further revealed how the main characters are fighting to save the world. They want to change the course of the future that is heading towards destruction.

What is the plotline of the series?

Sisyphus The Myth is a story of an engineer Han Tae-sul who tries to find out the mystery behind his brother’s death. Then an elite warrior from the future arrives to help Han Tae-sul in his mission. They both also try to save the world from an upcoming disaster.

Korean actor Cho Seung-woo is going to play as Han Tae-sul a brilliant engineer. He is popular for playing lead roles in great series like The King’s Doctor, Stranger 1&2 and 14 Days. Park Shin-hye is going to play the role of Kang Seo-hae a warrior from the future. She gained recognition for acting in series such as You’re Beautiful, The Heirs, Pinocchio and more.

Some of the supporting characters of the series are Sung Dong-il as President Park, Tae In-ho as Eddie Kim, Chae Jong-hyup as Sun and more.  Lee Jae-won will make a special appearance as a fund manager.

The production details of the series

On 2019 JTBC shared that they have chosen Cho Seung-woo and Park Shin-hye to star in the series. These two famous actors are collaborating for the first time for a project so their fans are ecstatic. On November 2020 the filming got put in halt because of the Covid 19 pandemic. However, it resumed and completed at the end of 2020. Therefore, it is one of the most-awaited Korean dramas of 2021.

Sisyphus The Myth is going to be one of the popular series of 2021 on Netflix. Therefore, do not miss it.